We're not trying to be controversial at all here ... 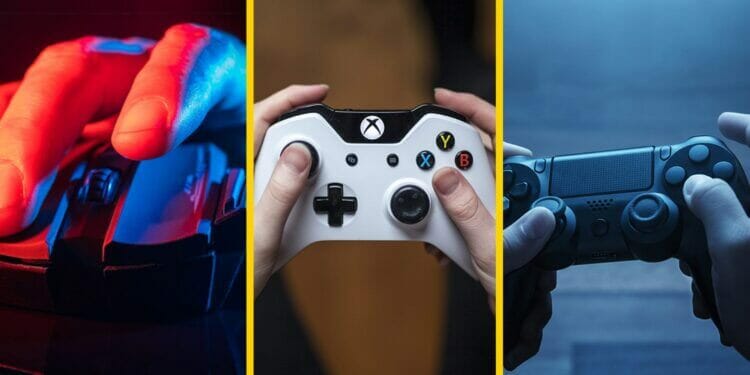 It’s a very exciting time to be a gamer. The PlayStation 5 and XBOX Series X/S were released just back in 2020. On top of this, you also have the Steam Deck (2022), which is the handheld extension of the popular online streaming service ‘Steam’. And it’s impossible to forget that Virtual Reality (VR) headsets are slowly entering the gaming industry.

However, with so many gaming devices to choose from, it has led to people being confused regarding which one to buy. Specifically, the big comparison point is:

PC vs console – which is better?

The PC vs console debate has been around since the early 2000s and has grown more intense year after year. Luckily, this guide is here to tell you 5 reasons why PCs are superior to gaming consoles in the modern era. Let’s take a look.

PCs have access to literally thousands more games than consoles do – it’s a fact. For example, if you use a Windows PC, you can gain access to games via the Microsoft Store or online streaming services such as Steam (mentioned above). In addition to this, you can also use your search engine – such as Google Chrome – to access as many browser-based games as you like. For example, you could look for some online gambling South Africa, which is incredibly popular on PC. There, you can play a wide array of casino games. Therefore, if you’re someone who wants access to the most games possible, then PC is definitely the best option for you. There are however some games that are exclusive to consoles, but not many. This Gran Turismo 7 review for example is currently available on PS4 or PS5.

When it comes to gaming, people like to have a personalized experience. Unfortunately, a major downside of consoles is that you can’t really customize them. Sure, you can add protective shells to the outside of your console and stick a skin onto your controller, but that’s about it. If you want to customize and/or mod the inside of a console, you’re very limited with what you can do.

PCs, on the other hand, afford users maximum personalization. For example, you can change your graphics cards, keyboards, mouses, monitors, cooling fans, and so much more. Basically, you can turn your PC into a device that replicates all of your personal preferences.

3. No need to upgrade every 5 years

Around every 5 years, the time for next-generation consoles arrive. When this happens, console owners are pressured into upgrading (like PS4 owners, who are currently desperate to get their hands on a PS5).

With PCs, though, there are no upgrades that you need to make – as every PC is different. There are so many different manufacturers of PCS which now use state of the art tools like this CNC plasma cutting device, from Lenovo to Microsoft, which means no company holds a monopoly over the market.

Virtual Reality headsets are becoming increasingly popular – especially with PC gamers. Now, you can play many games on PC with a VR headset. On console, this isn’t always the case. Moving into the future, it seems highly likely that PCs will dominate the VR industry.

Lastly, PC gaming is more affordable. For example, if you’re someone who is on a budget and can’t afford a console, you’ll be able to get your hands on a cheap PC within the range of $200 to $400 dollars – although you might have to buy pre-owned for a better performance one. Obviously, if you love to build super-powerful, high-performance gaming PCs like me, the affordability issue may be up for debate.

This is not an exhaustive list by any measure of why PCs are better than consoles. If you thought of some more reasons why you think PCs trump their console brothers, let us know in the comment section below.

Absolutely trash article! Fanning the flames of a BS platform war kept alive by butthurt fan boys. Myself and many I know own all 3 or 4. Prefer Xbox due to competition and stay away from PC multiplayer due to excessive cheaters.
As gamers we should stick together as a community and be happy we have companies providing us with great content from all genres. We should be instead fighting against cheaters and companies that rip us off with half made/broken games on release with constant micro transactions and DLCs.
And no PCs are not cheap especially if you want to play current games and yes you have to upgrade frequently due to ever growing requirements.