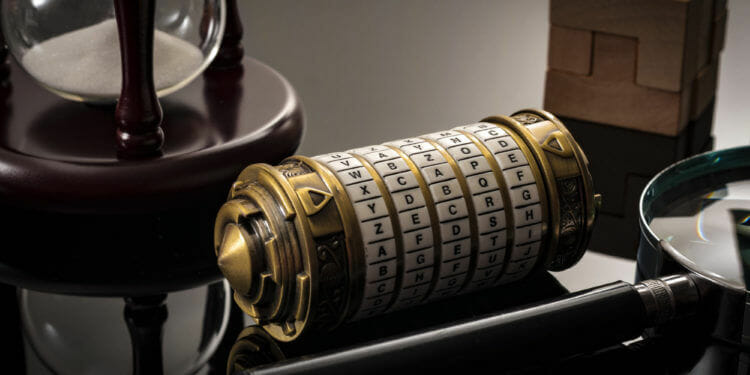 If you consider yourself a video game lover, you aren’t alone. The average American spends between six and seven hours a week playing their favorite video games, and why not? It’s a fun and interactive way to spend your free time and exercise your mind.

You’ve probably heard rumors that playing games is bad for you or have been called a nerd for gaming. This is far from true. Video games are actually a great exercise for your mind, from RPGs that allow you to lose yourself in someone else’s shoes to strategy games that make you think.

Puzzle video games might be the best of the lot. These exercise your mind more than anything else and boost critical thinking skills. Plus, puzzles are fun and exciting to lose yourself in! Here, we’re going to tell you some of the best puzzle games of all time so you’ll have an idea of what game to lose yourself in next.

Brain Age is a game that revolutionized the video game world. It exists solely for the purpose of providing the player with various activities that stimulate the mind and open pathways in the brain that lead to better critical thinking skills. This puzzle game actually includes a lot of games within it, from fast-math games to puzzles similar to Sudoku.

Coming in at number eight is Kirby’s Avalanche, which is mostly fun because it uses the character voted most popular among Nintendo Dream Readers. It’s a Puyo Puyo title and was made for the SNES in 1995. Since it’s an earlier Kirby game made for a unique and fun console, you know you can’t go wrong.

Another puzzle game featuring a popular Nintendo character, Wario’s Woods uses Wario as the main antagonist. In this game that resembles Tetris (which we’ll get to in a while), you play as Toad and manually flip the blocks to get them to fit on your screen.

What would a list of puzzle games be if we didn’t talk about escape rooms? Breakout Games has some cool games in which the object is to put together clues and use resources to get out of various rooms you’re trapped in. A video game spin on a classic party venue, you can’t go wrong buying an escape room game on any console.

Magnetica, a game made for DS Lite, requires a strong mind and a flipping wrist. You’re given various colored balls by the game in the center of the screen. Around that ball will be a spiral labyrinth of other balls in various colors.

The object? Make the balls touch others of the same color to clear them away. Flip the ball you’re given in the middle at a series of three of more of its color, and power to you if their going away makes a series of three or more of another color touch.

Edge Extended is a puzzle game that’s brilliant in its simple design. A twist on the original Edge, this game takes place in a geometric-shape-filled universe in which the shape you control is a rolling cube. Your goal is to maneuver the cube through mazes built of other geometric blocks. It’s a lot of fun.

You can even download it from your Smartphone’s app store, so check it out!

We’re in the top three, folks!

Denki Blocks is a puzzle game that’s been around a while. First introduced for Game Boy Color, it’s declined a lot in popularity since then, but it’s remained just as fun and clever as ever.

The premise of the game is that you’re in a place called Puzzle Island, where various characters are known as Puzzle Masters. You want to solve these characters’ puzzles and become the ultimate puzzle master.

The way to do that is to move the sticky blocks around and stick those of like colors together. This is much more challenging than it sounds since the blocks all move together unless you use the stationary blocks given to you by the CPU to move things around. Hard to explain, but easy to play!

World of Goo is a puzzle game that is underappreciated but is still incredibly popular. In this epic puzzle, you control goo globs that can link together in various ways to form structures. You’re going to drag and drop these goo balls to form (often pyramid-shaped) structures given to you by the CPU.

This game has wonderful graphics and gameplay that manages to be both complex and simple at the same time. Many levels require you to use special types of goo that have unique qualities as well as to suck up the blobs before using them. Have fun exploring it!

You’ve probably been told before to save the best for last, and that’s exactly what we’ve done. Tetris is the absolute best puzzle game out there, as evidenced by the fact that it’s persisted (and grown) in popularity over more than three decades.

In Tetris, you’ll be given pieces of a variety of shapes. The object of the game is to clear lines by filling them up and ultimately beat the game by clearing 200 (or more if you set it to unlimited and just play until you lose.) Every ten lines you clear, the pieces will start dropping faster and require even quicker thinking.

You can get Tetris (and a plethora of variations of the game) on pretty much any console, so why wait? Play the most iconic, challenging, and entertaining puzzle video game today.

Rumors persist that video games are too widespread a phenomenon in the US, but this is laughable. Gaming increases critical thinking, and puzzle games more than any other open new pathways in the mind and promotes problem-solving skills. Oh, yeah, and more important than that? They’re incredibly fun.

Now that you know about the best puzzle video games for your next night in, head over to the ‘reviews’ section of our page! Here, you’ll be able to read more about the puzzle games on this list and decide once and for all which is best for you. Have fun leveling up!