A Place Further Than the Universe Review 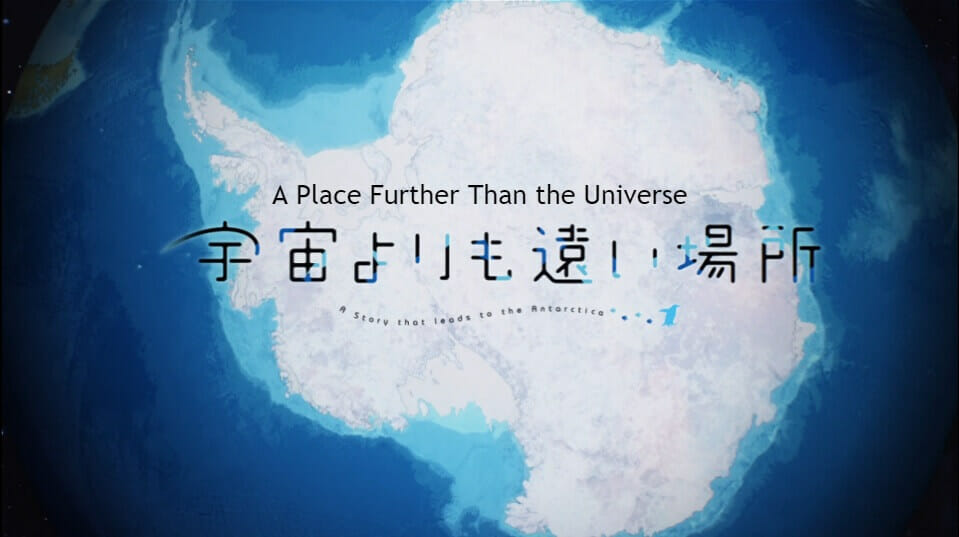 With the Winter season drawing to a close, there are a lot of shows that haven’t received the recognition they deserve. One such show is A Place Further Than the Universe, a sweet show about a girl with an impossible dream and her three friends who help her make it come true.

Kimari wants to go on a journey, but every time she gets an opportunity she inevitably gets scared and gives up. After one such failed attempt, she has a chance encounter with Shirase Kobuchizawa, a girl derisively called “Antarctica” by her classmates. Shirase’s mother went missing during an Antarctic expedition many years previous. Shirase is determined to make it to Antarctica, no matter how impossible it seems.

Moved by Shirase’s determination, Kimari decides to team up with Shirase and go with her to that Place Further Than the Universe. Along the way, they make friends with the high-school dropout Hinata Miyake and the young idol Yuzuki Shiraishi. The anime follows their journey together.

This show isn’t exactly action-packed. Each episode focuses on one of the girls and the reasons that would push them to join an expedition to the ends of the earth. More importantly, it focuses on the four girls’ attempts to better understand each other.

Although they get along well enough, the girls don’t believe themselves to be friends at the beginning of the series. They had only just met and just happened to be on a journey to the same place. The emotional throughline of the series is them establishing themselves as best friends.

The girls are all likable and genuine. The writing and strong characters even manage to keep the episode where they spend the majority of it sick in bed entertaining to watch. I found it difficult not to root for these girls’ success and cry along with their failures. Even the minor characters feel multi-dimensional and well rounded despite comparatively little screen time.

The voice acting in this show is really emotive, especially for the main four girls. The animation is also very well executed. The scenery, in particular, has been given a lot of time and attention. It’s clear that the people working on this series really cared about and appreciated the Antarctic landscape.

One of my favorite details about the animation is the Ghibli-esque way the animation team draws the tears when the girls cry. I’ve always really liked the big Ghibli-style tears. They might not be the most realistic, but they really sell the emotions the characters are feeling in a way that more realistic looking tears wouldn’t be able to.

The latest episode, in particular, felt like an emotional rollercoaster. I’m not going to spoil it, but the final scene was one of the most emotionally satisfying things I’ve seen this season. I can’t wait for the final episode to air next week.

You can catch the entire series on Crunchyroll.

What do you think of the show? Let us know in the comments below.

A Place Further Than the Universe