A Worthy Successor – Might And Magic Heroes VII Review

Four years after a rather disappointing attempt at a reboot to the Heroes Of Might And Magic (Now, annoyingly, known as Might And Magic: Heroes) series, Ubisoft and Limbic Entertainment have come back with the seventh addition to the cult turn-based strategy\RPG franchise. As previously stated in my preview of the game’s beta, I honestly think that Might And Magic: Heroes VII is a worthy successor to the likes of Heroes V and possibly even the original trilogy (though, those games are sacred). Where the sixth title was boring, uninspired, and loaded with bugs, Heroes VII is full of life, content, and brings back the imaginative feeling and identity of the older games, which I feel was partially lost with the previous two titles.

The campaign(s) in Heroes VII are what I was most looking forward to, since they weren’t available in the beta. The campaigns themselves are decently entertaining, but I was a bit disappointed with the plot setup and initial campaign menu (as odd as that sounds), as they’re both incredibly vague. There’s very little explanation for what’s going on in the game’s opening cutscene or the campaign’s opening cutscene. From what I can gather, the Empress of Ashan (the world in which our game takes place) has been assassinated, and a war for succession is under way.

Our main character, Duke Ivan, has called a council to decide if he should take the crown for himself, or allow his enemies to declare themselves rulers in order to resolve the conflict peacefully. Each council member (representing each of the six factions in the game) offers to tell Ivan a story in an attempt to broaden his horizons and ensure he makes the proper choice. Each of these six “stories” serves as a campaign, with Ivan’s own story being the final campaign. The game is comprised of twenty-seven missions across every campaign. Most campaigns consist of four missions with Ivan and Anastasya’s campaigns being the only exception, consisting of two and five missions respectively.

When I say that the campaign menu is vague and confusing, you may be scratching your head as to how a menu could be confusing. The issue lies in the fact that you have two ways of choosing your campaigns. You can click on each council member, or click on the map lying on the council table and choose your campaign from there. This completely confused me initially, as I thought there was a difference between the map and clicking each character individually, but as far as I can tell, there isn’t.

This isn’t helped by the fact that you’re given different titles for each campaign depending on which method you choose. I believe clicking on a character gives you the campaign name, and selecting a mission on the map gives you the actual mission’s name, but I didn’t know this. I spent around 15 minutes trying to figure this out before I finally knew that both options gave me the same conclusion. I don’t really understand the thought process behind this; what benefit do you get by looking at the map over just clicking on a character and diving straight into their campaign? Is it just for looks? If so, why not just have one over the other? I feel as though I’m missing something with this system, but heck if I can figure out what it is. It seems like a very minor criticism, but it proved to be a very irritating way to start things off.

The gameplay in Heroes 7 consists of conquering towns and mines, recruiting armies and heroes to lead those armies, and defeating your enemies in grid based combat sequences. The Heroes games have always been some of my favorite turn based strategy titles for their easy-to-learn but hard to master gameplay, and Heroes 7 is no stranger to that. Gameplay is easy to comprehend quickly, even without a bunch of tutorials holding your hand the entire time.  My biggest issue with the overall gameplay in Heroes 7 is that it seems a bit too easy on the normal difficulty. It’s easy to quickly build a massive army that can absolutely crush any opponent; This qualm is minor, however, as it can be fixed with a change of the difficulty setting.

As I stated in the Heroes 7 Beta preview, the visuals in the game are stunning. The overworlds, combat maps, and units are all very nicely detailed and colorful — But the crown jewel in my eyes has to be the city screens. Theses screens are 100% gorgeous and give me a nostalgic Heroes 2 & 3 feel. The detailed artwork is simply magnificent to behold, especially when you’ve fully upgraded your city. While it’s not as large scale as the massive 3D city screens in Heroes 5, which I would’ve liked to have seen return, the cities in Heroes 7 have their own wondrous charm to them that I just love.

Another great part about the cities is simply how many buildings you can have per city type. While Heroes 5 & 6 had few buildings per city type, Heroes 7 has around 30 different buildings for each kind of city. You’re also given choices between certain buildings; You can build a structure that increases your marksman production or a structure that increases wolf production, but you cannot have both in one city. This allows for strategy and an incentive to capture more cities to fully reap the rewards of different structures. This is, apparently, a feature that was present in Heroes 4, but I wasn’t aware of this until recently. Regardless of its origins, it’s a great concept that I hope to see more of in future titles.

I quickly encountered bugs and issues during the beta period of Heroes 7, and I’m glad to report that most if not all are gone. The game will no longer force you to deploy only one unit to battle on semi-rare occasions, ranged units don’t play the wrong animations when dying, the game isn’t constantly zooming in at weird angles during combat, and (most importantly) the game’s performance doesn’t grind to a screeching halt when waiting for enemies to take their turns. This was something I was terrified of seeing in the full release of Heroes 7 because it seriously detracted from the experience. Playing a scenario with 8 players had me waiting anywhere from 5 to 8 minutes for just one turn cycle. Thankfully, AI players take their turns almost instantaneously now.

Combat is still the biggest draw of Heroes, and Heroes 7 does combat fairly well. As I said before, I feel that on lower difficulties the game is a bit too easy, but that’s not to say combat can’t be challenging at all. The variety of units and abilities at your disposal makes combat a truly entertaining experience. Heroes don’t just learn skills randomly anymore — instead, you’re given an entire skill tree (well, in this case it’s a skill wheel) with a plethora of skills to teach your heroes. This allows for you to specifically shape a hero to certain tasks. Want a hero to serve as a scout who explores the map and captures mines\resources? Develop their Exploration skill. Want a hero that can inspire his or her troops to fight harder? Develop Leadership skills that will give your troops huge defense and moral boosts. The possibilities are endless. The one big disappointment with combat is the animations. I said in the beta article that the attack animations in Heroes 7 felt very rigid and incomplete, and sadly there has been no change with the full release. It’s nothing experience-killing, but battles would be so much more interesting if the unit animations had a bit more oomph to them.

In conclusion, I’d say Might And Magic Heroes VII is a worthy entry into the series. I’d even go as far to say that it’s better than Heroes 5, which is a fantastic game in its own right, but felt shallow. Coming from the lackluster Heroes 6, Heroes 7 refreshes my hope in the franchise, and I hope that the games will be released more regularly and with quality similar or better than that of Heroes 7. 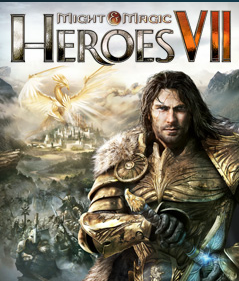 The Horror of Drugs – Sicario Review

The Horror of Drugs – Sicario Review

Video Game Choices to Include All Family Members