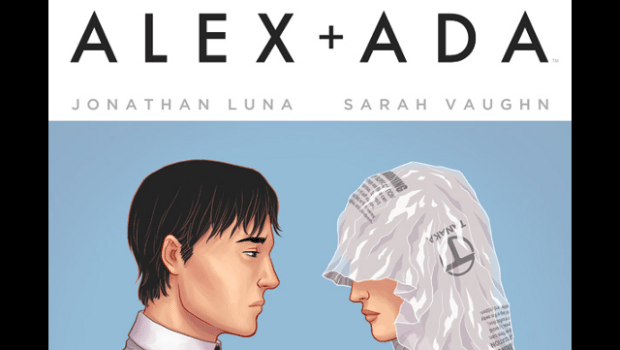 Three years without art from Jonathan Luna is a criminal offense in the comic world. Luna, whose work we last saw when he was working on The Sword, normally comes as a pair with his brother Joshua. However, this time around Jonathan collaborates with Sarah Vaughn instead. Some of us may know Sarah from her work on Sparkshooter, a title which she handled the artwork on. Unfortunately, she’s suffered a hand injury, which makes maintaining a monthly release schedule virtually impossible.

The opening images are of Alex sleeping and being woken up by what we would assume to be a person. We soon find out that it’s not a person, but a floating display that serves as an alarm clock. The technological advances of this world grow more impressive with each turn of the page. Alex is equipped with mind “control” technology where simply thinking flush flushes the toilet, as well as controlling the temperature and pressure of his shower. He also has what I can only describe as a roomba that serves him coffee. This mind technology also allows him to have “thought” conversations with other people equipped with the same tech, which could be disastrous if the wrong thought happens to slip in your mind. The art and dialog during these sequences gives us a sense of normalcy; the world Luna and Vaughn have created is put forth in a simple days routine. There are no explosions or over the top action, Luna and Vaughn hook us in with the mundane. 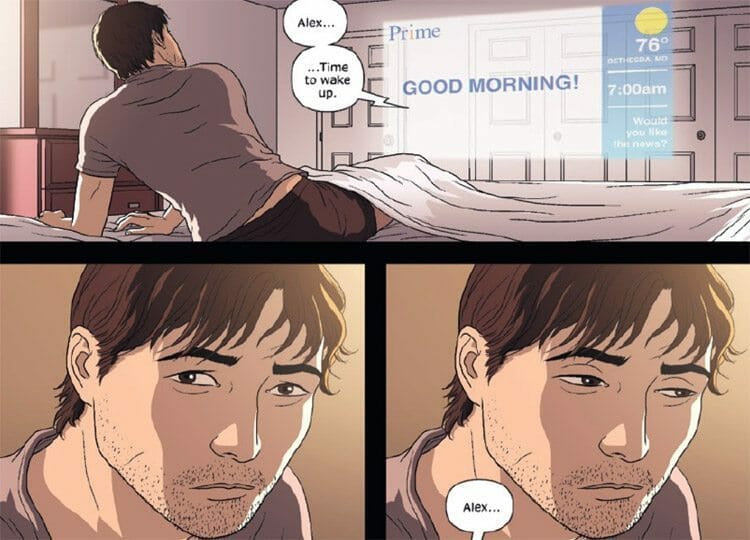 If the Terminator movie series has taught us anything, it’s that robots will turn on us no matter what. In our first moments with Alex, we learn through a news report that it’s the one year anniversary of the Nexaware Massacre, when the AI became self aware and killed 34 people before being neutralized. Another underlying theme in the comic is loneliness, even though the advanced technology allows an immediate connection with the world. The nuances in the artwork gives weight to Alex’s loneliness, especially when his ex is brought up, and during his birthday party. 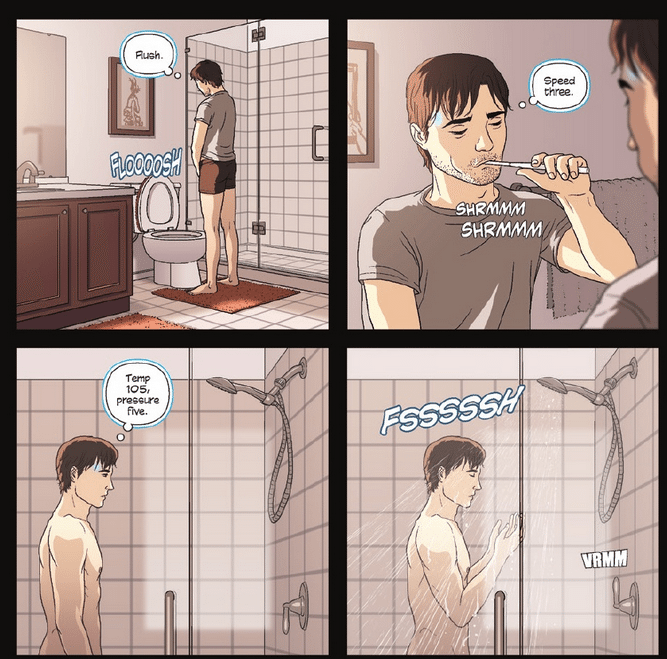 The tone of the comic is serious and mature, except for Alex’s grandma who owns a boy toy, that happens to be a model Tanaka X5. Basically, it’s a real doll that moves and serves… everything. The dialog during the Grandma scene brings you back to conversations with a wacky aunt or crazy uncle; it’s completely ridiculous, but some of us will nod while mumbling to ourselves “I’ve been there.” 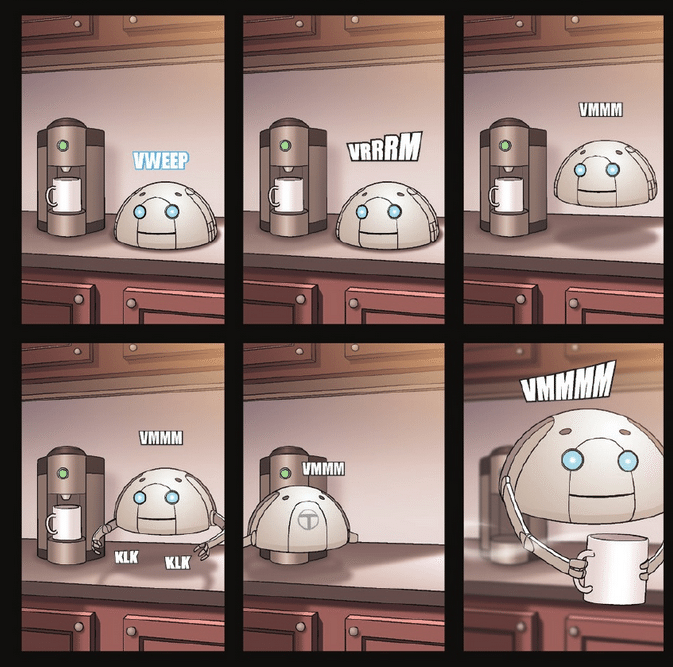 Alex + Ada #1 gives us multiple reasons to believe it will be continue to be nothing but great, especially as Luna and Vaughn are at the top of their game and even though the ending of the issue was telegraphed, the anticipation of seeing it unfold was worth the cover price. Luna and Vaughn nailed every beat of this issue flawlessly, letting us feel the emptiness of Alex’s technology filled life and even though the art appears simple, the subtly of the art gives us as much information as the written words. This opening issue of Alex + Ada will most definitely leave you intrigued enough to put it on your pull list at the local comic shop, whilst also adding to the strong line-up at Image. Do we take an AI on picnics? The movies? What’s the social etiquette on Human to AI relations!? We need to answer these questions now, and hopefully avoid skynet.

8Bit Proof Episode 07: The Most Addictive Kind of Podcast