As in-depth as one can get without actual testing results anyways...

by Ule Lopez
in Opinion
0

A few days ago, Dissidia Opera Omnia released the trailer for the GL-First LD weapon character. The character that got blessed with a GL exclusive weapon was none other than Balthier from Final Fantasy XII. This character has been making some waves in the Global Opera Omnia scene because of some of the aspects involving him.

With the aid of Convergence member and longtime OO veteran Kain Highwind, we’re going to give our opinion on Balthier. This article will offer an in-depth look at Balthier throughout the history of Opera Omnia and showcase the points of contention that keep players skeptical about whether he’s a good pick for LUFENIA. 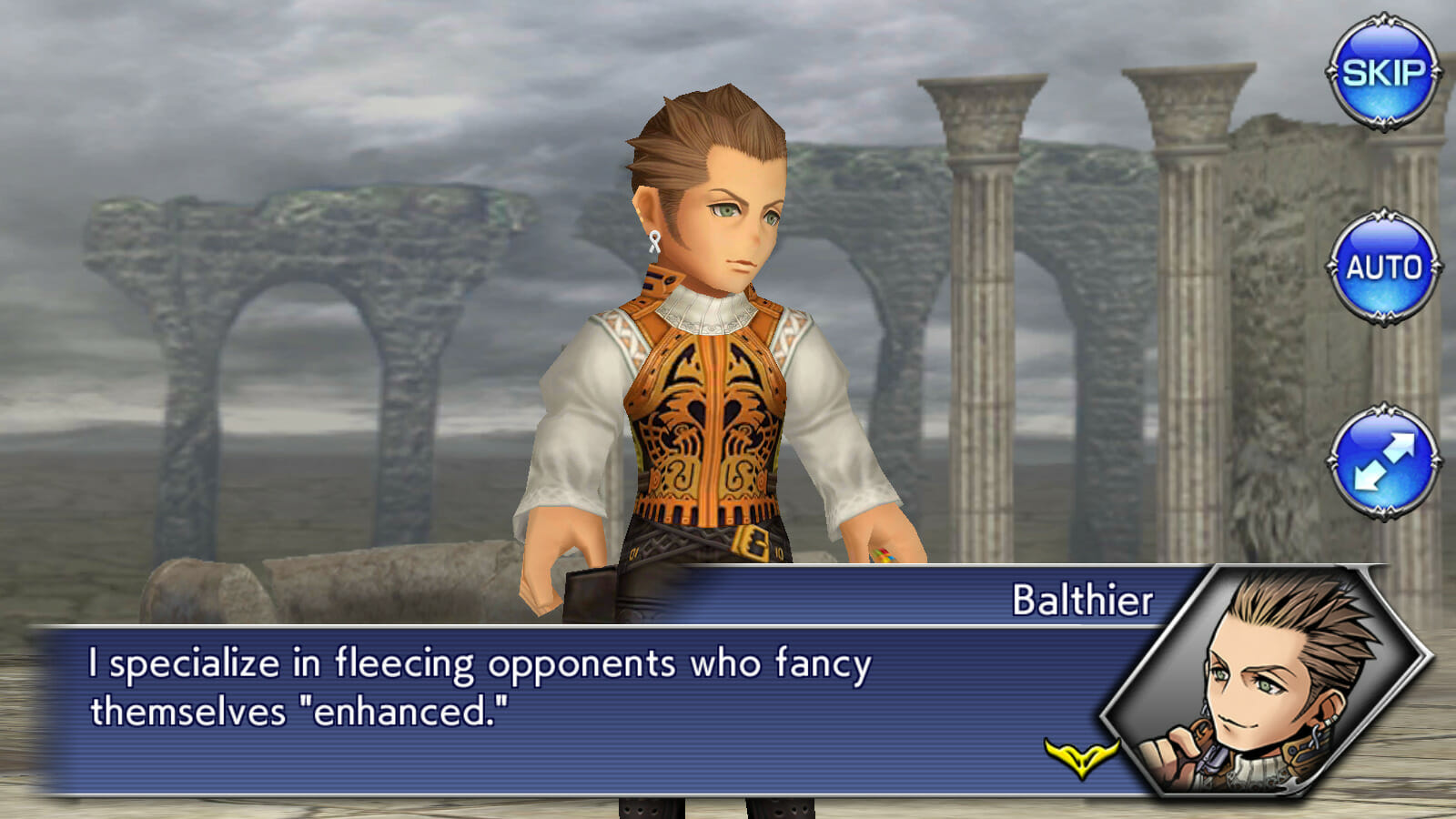 A Brief History on Balthier

So, let’s start off with some knowledge on Balthier. The leading man was introduced fairly early into Opera Omnia’s lifetime. We’re talking 1.5 weeks after launch, in fact. Ever since his release, Balthier has been on the wringer due to his usability in the late content. His Lost Chapter (LC) brought no changes for him despite being a featured unit.

It also didn’t help back then that Balthier was a niche character in a time where raw stats mattered the most over the niche the characters covered. By the time he got his CP35 weapon (around Act 1, Chapter 10) he was already being outpaced by other characters that brought stats to the table. This was also a time in which boosted characters mattered more than they do now.

He saw a glimpse of hope during the COSMOS era as he got his current rework that made him decent for those stages. Unfortunately, he got his change right before the CHAOS era was about to begin which led him to become overshadowed quite quickly.

The leading man couldn’t catch a break during the CHAOS era either. Since he was one of the first characters to get an EX+, his upgrades weren’t that substantial compared to the things we’d see later in the era. He saw some use for Dimension’s End: Entropy – Tier 5 and not much else.

Knowing this, Square Enix aimed to change the game with Balthier’s LD weapon. But is it enough? Now that we’ve set the scene, let’s look at what Balthier has to offer right now.

Balthier’s moveset will be kept the same once he gets his LD. That’s right, this means that there will be no rework for the leading man of Final Fantasy XII. No rework means Balthier’s abilities have not been updated since August 2019 (Fran’s event). For perspective, that very same month, the OO community saw Serah’s rework.

Actually, some people might be surprised to know that the Serah analogy is quite accurate. If you consider that in the JP side of things, Serah is quite infamous for getting an LD with no rework to speak of. This, in turn, left her in a mediocre state compared to other characters that got LDs. However, unlike Serah, Balthier will get a boost to his abilities from his LD. What Balthier lacked at the time were a huge number of hits and potency respectively. Thanks to the stat boost, he will be able to deal lots of damage on his own.

So, let’s talk a bit about that LD since we’re alluding so much to it.

The LD that Turns the Tide

Balthier’s LD is the thing that sticks out the most about him. The highlight of the LD is the passive it offers which is a party-wide 20% BRV/HP damage up. If you’ve read our guides on LUFENIA content, you’ll know that this buff is a godsend for many characters. Not only that, but his LD stacks are easy to build up and they’ll last until the end of the fight.

Since the LD effect is permanent, you don’t have to worry about regular LD uses at all. Instead, think of it as a sort of glorified Esuna which also steals enemy buffs and deals damage to the enemies. Since his EX ability has a Fast recharge rate, the passive ATK/mBRV up effect from the LD weapon combined with Sky-Plying Pirate’s effect pairs up extremely well with it.

This makes his EX ability very reliable to use constantly while keeping his ability usage low, which increases his longevity. The party-wide buffs will essentially make Balthier a character that needs to have teams built around him. Additionally, his mBRV/ATK aura is downright on par with most DPT/Support hybrid characters, bringing him back big time.

Of course, since we’re talking about the Global version of Opera Omnia, we have to address the special gift of foresight we’re given from the JP version. This leaves us with one character that will directly compete with Balthier a month after he releases. 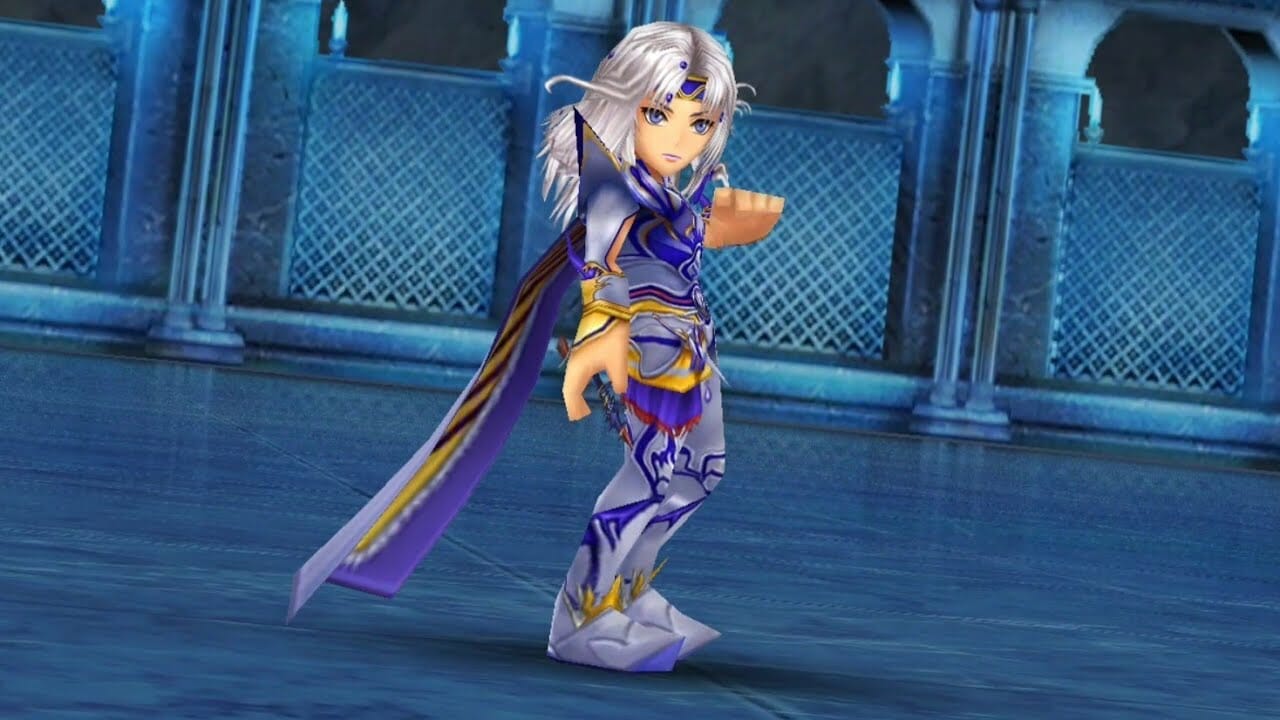 Paladin Cecil is going to get an LD that will act very similarly to Balthier’s. Cecil will be able to provide massively better auras and both burst/regen HP heals whilst Balthier primarily revolves around manipulating his and the enemies’ buffs to his advantage. How better are Cecil’s auras? Well, here’s the rundown:

However, does this mean that Balthier is invalidated completely just because a better character is about to show up? There is a bit more to this story than a lot of players might realize.

Let’s get this out of the way, Balthier’s niche is not nearly powerful enough to outdo Paladin Cecil. But, just because A is better than B doesn’t mean that B is completely invalidated just like that. Cecil’s LD only comes next month so there is breathing room in-between. Also, while Cecil’s LD focuses on burst/regen HP healing, Balthier focuses around manipulating his and the enemies’ buffs to his advantage.

It would be like saying that Noctis doesn’t have any utility from his LD (which allows him to manipulate turns) because it doesn’t provide any auras compared to Lightning’s (+20% BRV DMG). Needless to say, that’s completely untrue from the many 0 turn runs of LUFENIA stages he’s been able to provide. Likewise, Balthier can help in those instances where enemies put buffs on themselves like Beatrix LUFENIA or the upcoming Arciela LUFENIA. His cleansing ability will also be an important aid in Ceodore’s LUFENIA.

BRV DMG+ is actually one of the most important aspects in Opera Omnia and it will become more important as time goes on. However, once this is applied party-wide, it becomes completely broken. We’ve seen a glimpse of how powerful this can be thanks to Lightning’s Burst effect. Even if party BRV DMG auras become the standard later on, it doesn’t deny that right now Balthier will be the only one to provide one that’s equally as powerful as Lightning’s.

It’s also important to note that Paladin Cecil is a dedicated Holy Imperiler/Enchanter. While this means that this gives his party an additional 170% damage increase (if they’re non-elem), it also means he will gain a disadvantage in Holy absorb battles. Now, some might say that just because he’s absorbed doesn’t mean he’s going to be 100% invalidated (look at Lightning, again). Holy enchant is completely optional, after all.

While that’s true, some LUFENIA orb requirements (especially for DPT races) are going to require all 3 of the active party members to attack enemies openly. On some occasions, players will not be able to spare a turn for Cecil to do his thing. Especially because he’ll be feeding the enemies BRV that the other party members may or may not be able to break. Buffs and all.

In this aspect, Balthier shines more since his moveset is non-elemental. As such, he can gain the 170% increase from other element imperil/enchant characters. While Paladin Cecil might be a better choice than Balthier all the time, Balthier will make a perfect substitute thanks to his utility and permanent auras. 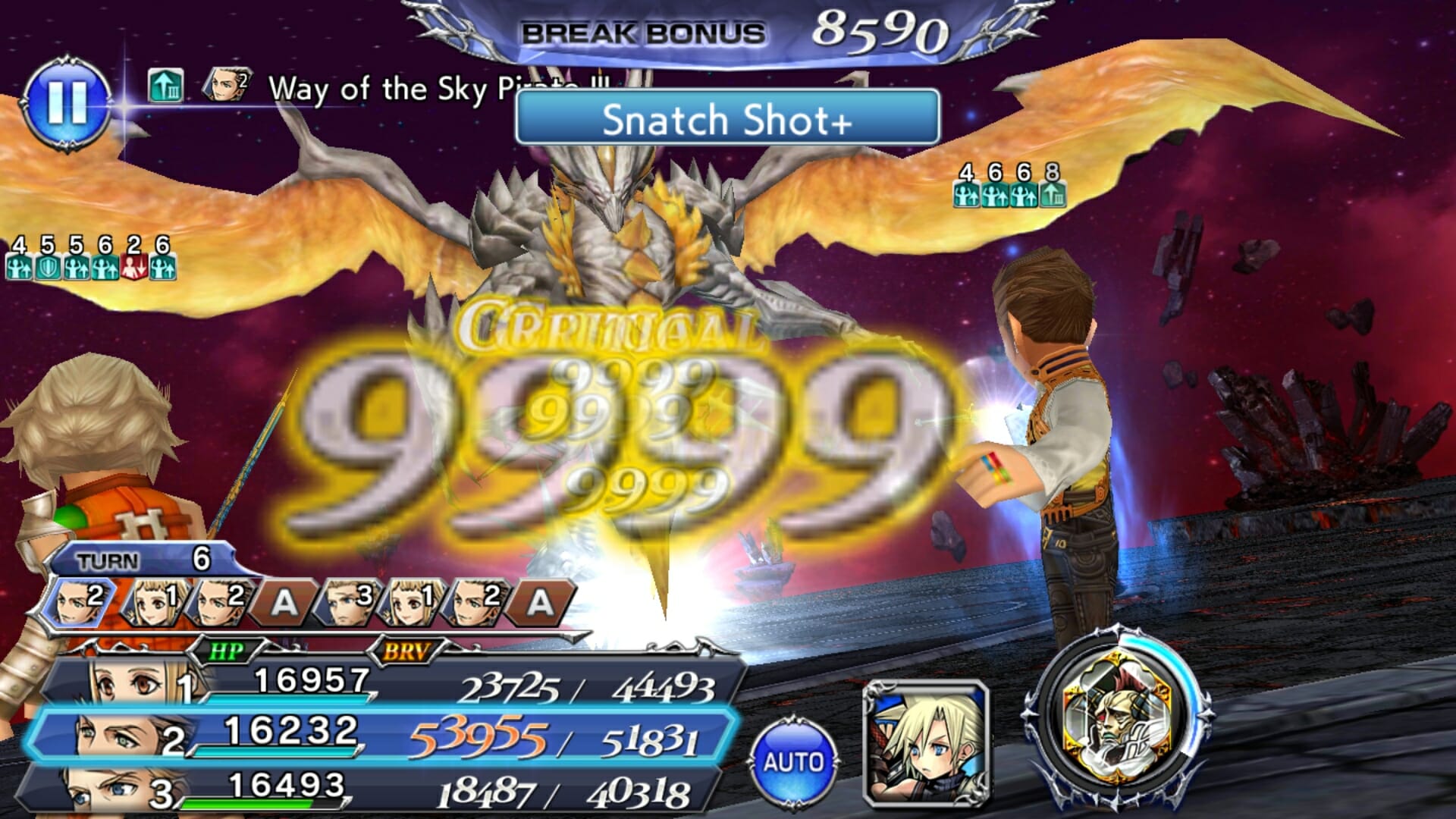 Sending Penelo to the Shadow Realm

In conclusion, Balthier will be a very powerful character even without a rework. His permanent aura will be a massive help to the other 2 party members. He can gain massive advantages from his non-elemental/buff stealing/gravity abilities (Did I mention his Additional Ability has 80% Gravity?).

While the buff stealing is nice, it’s not a requirement to get Balthier in a good place. In fact, this has been a point of contention among some Global community members. However, I’ll use this space to remind people that he gains stacks on his Strahl effect every turn. In other words, stealing buffs will only make the process slightly faster. As in, 3 turns instead of 5 faster. In the long term, this isn’t that bad. Maybe the leading man will be able to catch his long-needed break during the LUFENIA era. We’ll let the experts decide on that matter.

In the meantime, what do you think about Balthier in Opera Omnia? Are you going to pull for him once he comes to GL? Who is your favorite character to use in LUFENIA stages? Let us know your thoughts in the comments section below.  If you want to join the Convergence to ask questions, you can join the server by clicking the link here. For more information regarding the boss fights themselves, we recommend you read the LUFENIA records website.

How a Subreddit is Helping Stage a Revolution

How a Subreddit is Helping Stage a Revolution