Our Episode 1 Impressions on Don't Toy With Me, Miss Nagatoro

Don’t Toy With Me, Miss Nagatoro is yet another popular manga series receiving an adaptation this season. The series follows the oddly intriguing yet highly toxic relationship between the titular Nagatoro and her senpai Naoto. I remember coming across the manga years back and being astounded at the sheer brutality and candidness of the first chapter, as it wastes no time in getting to the actual bullying.

The first episode begins as Naoto enters the library and notices a group of underclass girls who, for some reason, he seems to despise. We then see why a few minutes later, as the girls find a self-insert and cringy manga he’s working on and begin to tease and harass him for it before finally leaving him alone.

Unfortunately, this mild ribbing isn’t the end for poor Naoto, as Nagatoro stays behind to continue his torture. She proceeds to tease him even more on the manga by brutally ripping into him with insults. She emasculates him, goes for his insecurities, calls him a crybaby, sexually harasses him, the works. While having this devilishly horrid smirk on her face in the process.

It’s quite odd to think about how this anime is meant to be a romantic comedy, as the first episode alone shows how messed up it would be to call this flirting or anything close to being romance. Let me make things clear. Nagatoro doesn’t playfully tease her senpai, she morally destroys and puts him to tears. It gets so bad that it becomes uncomfortable to watch this poor dude get absolutely bashed on. What’s worse is that he doesn’t even try to defend himself as he’s used to being bullied all his life and goes as far as to say he doesn’t mind when she’s the one doing it. Which honestly leaves me speechless.

Now I’m not one for victim-blaming or anything, but I believe one should always stand up for themselves, especially in these situations, or the problem will always worsen. And while I understand this is just an anime and one that leans on the heavily fetishized part of moral abuse, it’s still something to think about nonetheless.

In between scenes of verbal abuse, the anime also throws in a lot of sexual shots of our heroine, which threw me off, as it’s clear to see that the anime tries to sexualize and fetishize bullying, which is not my thing. Other than everything I just mentioned, I have to say that the adaptation is pretty good, especially when you compare it to the manga. For one, the animation is way better than I thought it’d ever be, and its high quality shows with the way our characters move. Nagatoro takes the spotlight, exhibiting a lot of energy with her body movements while her senpai is more low key and barely moves, which fits his character. The facial expressions are also quite hilarious and way too detailed, especially Nagatoro’s. The overall visuals are sharp and colorful, and the backgrounds are detailed.

However, the most memorable part of the anime so far has to be Sumire Uesaka’s performance as Nagatoro as she does a scarily good job in voicing the mischievous Nagatoro with all her annoying quirks. Daiki Yamashita, (who voices Izuku Midoriya) also does an excellent job of voicing the wimpy Naoto proving all those years of voicing Midoriya paid off. The anime follows its manga’s format, where each chapter takes place on a different day, with multiple chapters in an episode. As someone’s who’s kept up with the manga, I can confirm that the anime will get a little more interesting once other characters are introduced. 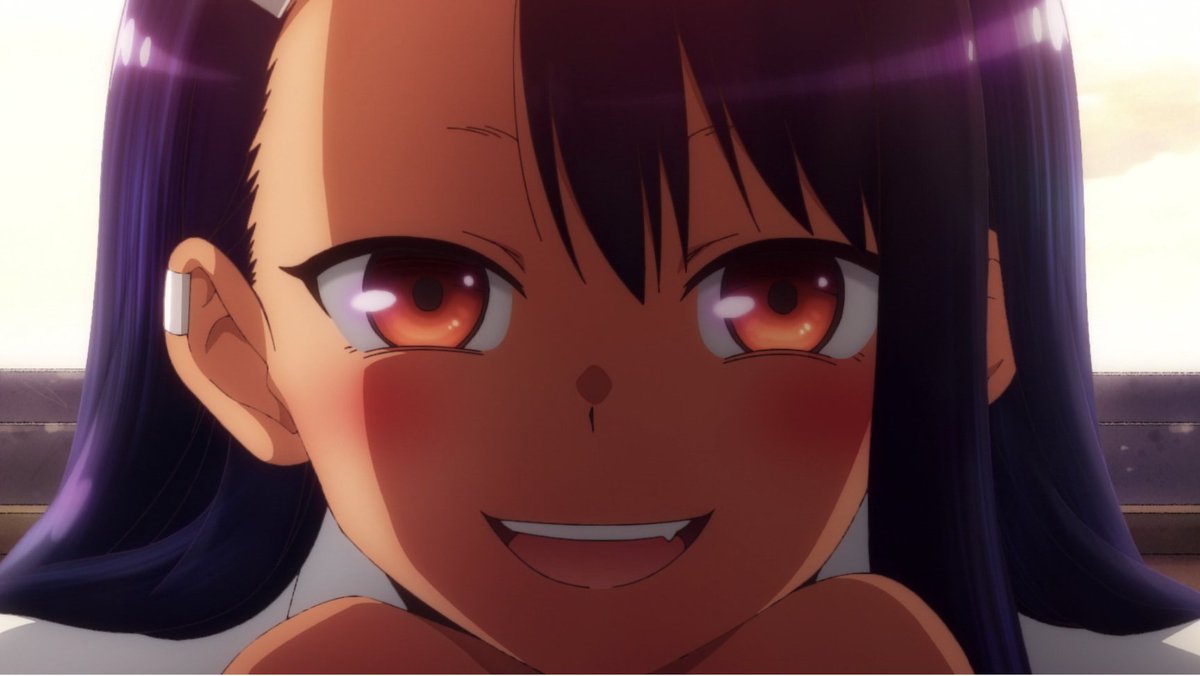 For now, though, if you’re someone with a history of being bullied or has an aversion towards it, then I wholly advise you to stay away from this anime. Otherwise, I can honestly say that it’s quite entertaining and a surprisingly excellent adaptation of the manga.

Don’t Toy With Me, Miss Nagatoro is available to stream now on Crunchyroll

Have you seen Don’t Toy With Me, Miss Nagatoro? What are your thoughts on bullying? Let us know your thoughts in the comments section.