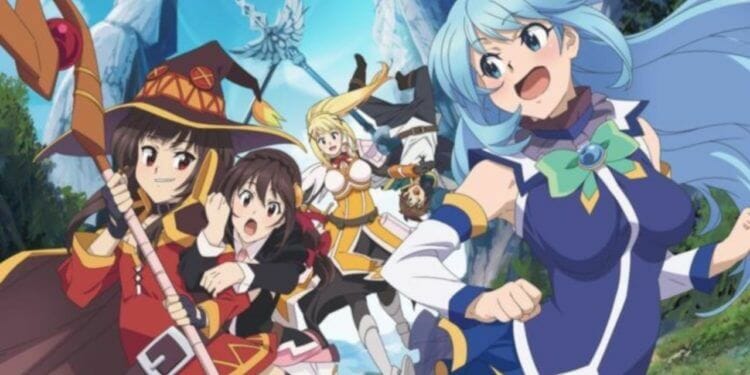 As a disclaimer; there’ll be some minor spoilers in this review, so if you haven’t seen this, you should do so first. I admit this review is a little late as the film was initially screened in theaters in the west, but with the film recently released on Crunchyroll, I believe this review will be appreciated by many. 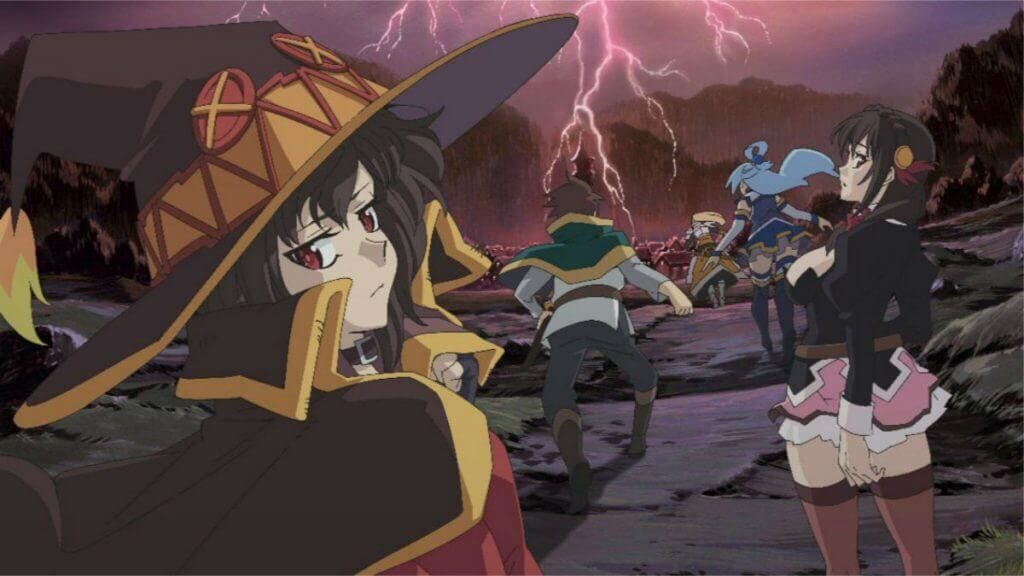 Konosuba Legend Of Crimson serves as a continuation for the series and is the third installment in the Konosuba franchise. It follows Kazuma and his party as they after Yunyun urges Kazuma for his hand in marriage due to a prophecy she received that will ultimately save her village from the impending threat of yet another Demon King General. This prophecy turned out to be fake, yet the threat remains, and Megumin secretly worried for her village, prompts the crew to journey to her village to help.

Upon arriving near the village, Kazuma is left defenseless to an army of female orcs due to the extinction of all the male orcs, so the female orcs are in need of a mate, which leads to Kazuma being almost ravaged by them in a hilarious manner, luckily Yunyun arrives to save the day.

When they finally get to the village, they soon found out the threat was minimal as the crimson Demons are a bunch of crazy yet powerful mages, so they had nothing to worry about. This doesn’t stay that way for long, however, as Kazuma unintentionally provides the fourth Demon Lord general what she was seeking in the village in the first place, (an Anti-Mage weapon), after a variety of hilarious events. 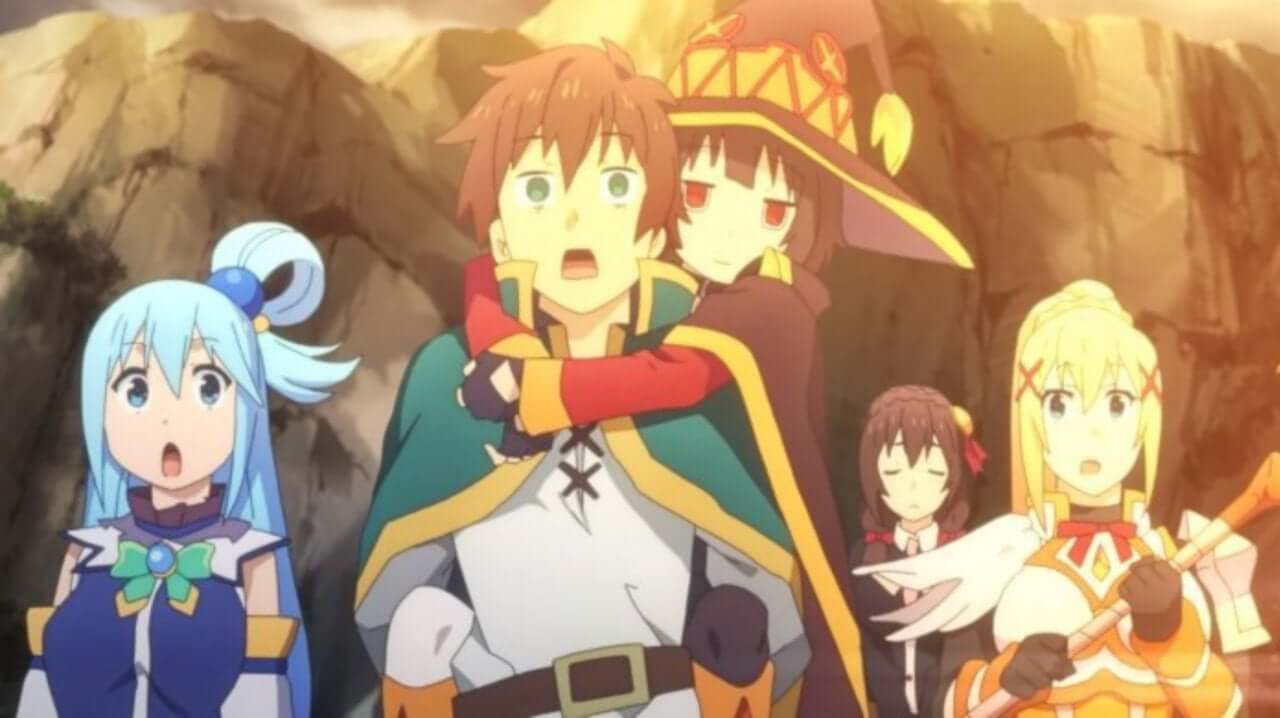 The Konosuba film successfully captured the essence of the series, as well as my anticipation and hopes for it. It was filled with hilarious, side-splitting moments even funnier than previous seasons, and after a long time in-between the anime and , the humor has been greatly missed. I enjoyed how the film doesn’t take itself too seriously as it’s natural with Konosuba, the comedy is the central point the rest comes after. 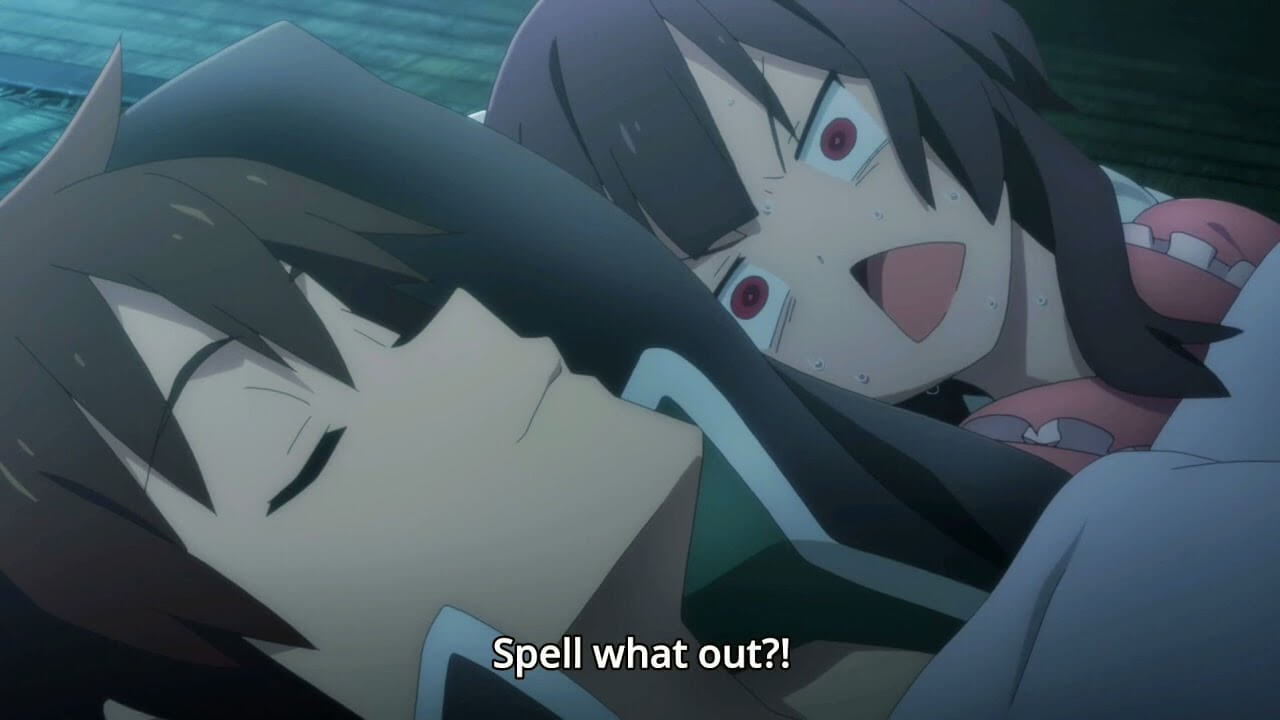 Yet you’ll still see some scenes that further strengthen Kazuma’s relationship with the girl’s in his crew. Though he thinks they’re useless, he still wouldn’t leave their side any time. He visibly shows his trust and partnership with Aqua despite her being a whiny, annoying goddess.

His relationship with Megumin is shown more so as they have a wholesome relationship where Kazuma always helps her out despite her infatuation with only using one type of magic, which inevitably gives the group a lot of trouble.

Their relationship is explored more so when Megumin’s mother tries to forcibly get them to marry each other. Kazuma doesn’t mind this too much though, as he believes he’s in his popular phase and fully intends to take advantage of it, which just leads to more hilarity. Megumin’s relationship with Yunyun is also explored when her sacrifice is shown when helping Megumin’s sister, as well as keeping her on the path to being an explosion mage, which was never brought up till now. 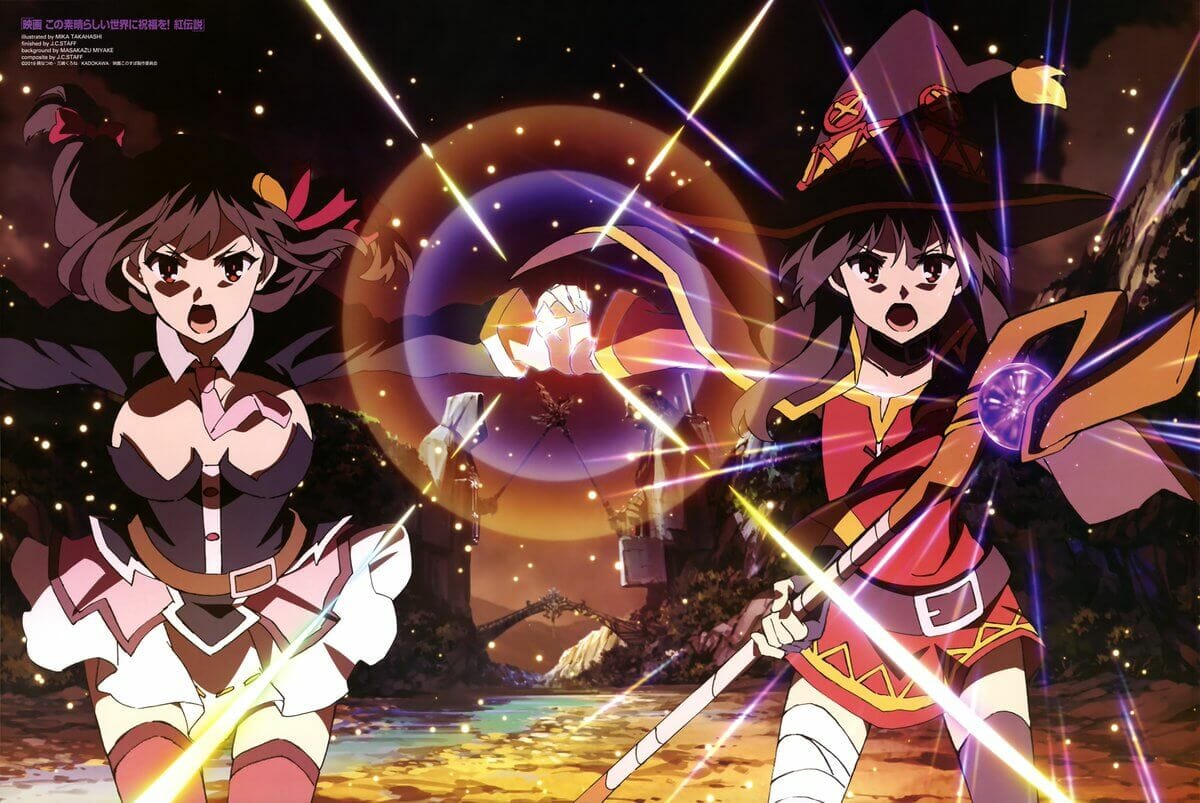 My only gripe with the film’s overall plot is that it doesn’t give enough screen time to our beloved masochist Darkness, and Aqua’s role is quite limited as well. Aside from that, the animation and production haven’t changed all that much. It’s still in the same fashion as the anime series; the animation is generally superb all through when not adding outrageous emphasis on the characters faces for comedic effect, the visuals are pretty smooth, and the voice acting is still as great as ever. 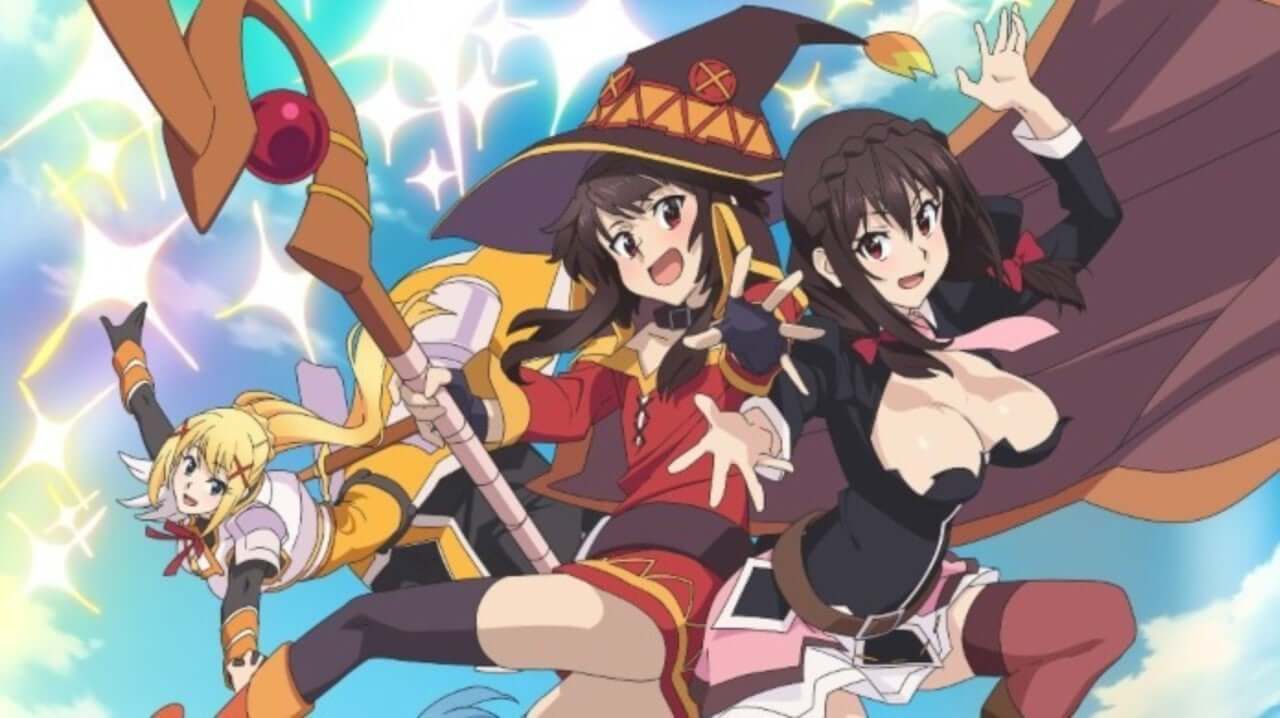 Overall, Konosuba Legend Of Crimson was a wonderful film and it met my expectations. It was funny and entertaining to watch as well as being true to the series; doing an excellent job of actually serving as a continuation and not just a side story to the main plot. I never saw it in the cinema, so I wouldn’t know how it felt, but from my speculation, it wouldn’t be as good as watching it at the comfort of your home where you can pause to do whatever and not let other people sour the experience.

So if you’re a fan of anime as a whole, I advise you to watch this film (available on Crunchyroll right now). Even if you haven’t seen the first two seasons, you should do that as well before watching this. I say this because Konosuba is by far one of the best comedy anime this generation, as well as a personal favorite of mine and I, believe everyone should get to see it.

Are you a fan of Konosuba? Have you seen the film? Let us know your thoughts in the comments section below.

Konosuba Legend Of Crimson was a wonderful film. It was funny and entertaining to watch as well as being true to the series; doing an excellent job of actually serving as a continuation and not just a side story to the main plot.