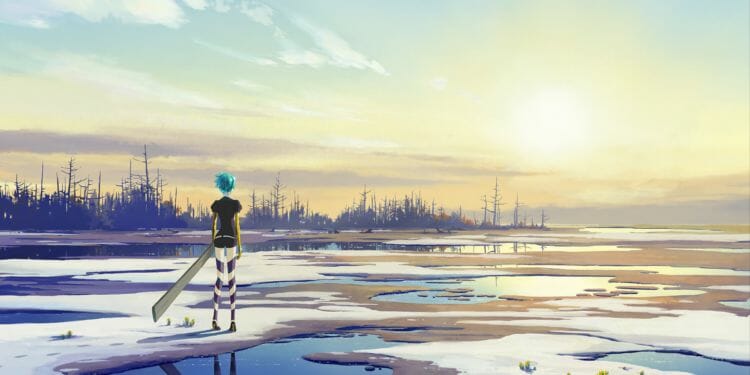 Disclaimer: This is a non-spoiler review for Houseki no Kuni. As such, this review doesn’t go too deep into the lore or plot just enough to understand the Anime. The story is centered around genderless gems, so i will be using they or them pronoun instead of he or she.

I’m not a fan of CG. I would go so far to say I despise CG in any form of media, let alone animation. It just feels lazy and uninspired more so when it isn’t done well. Houseki no Kuni, however, proved me wrong in thinking CG isn’t needed. 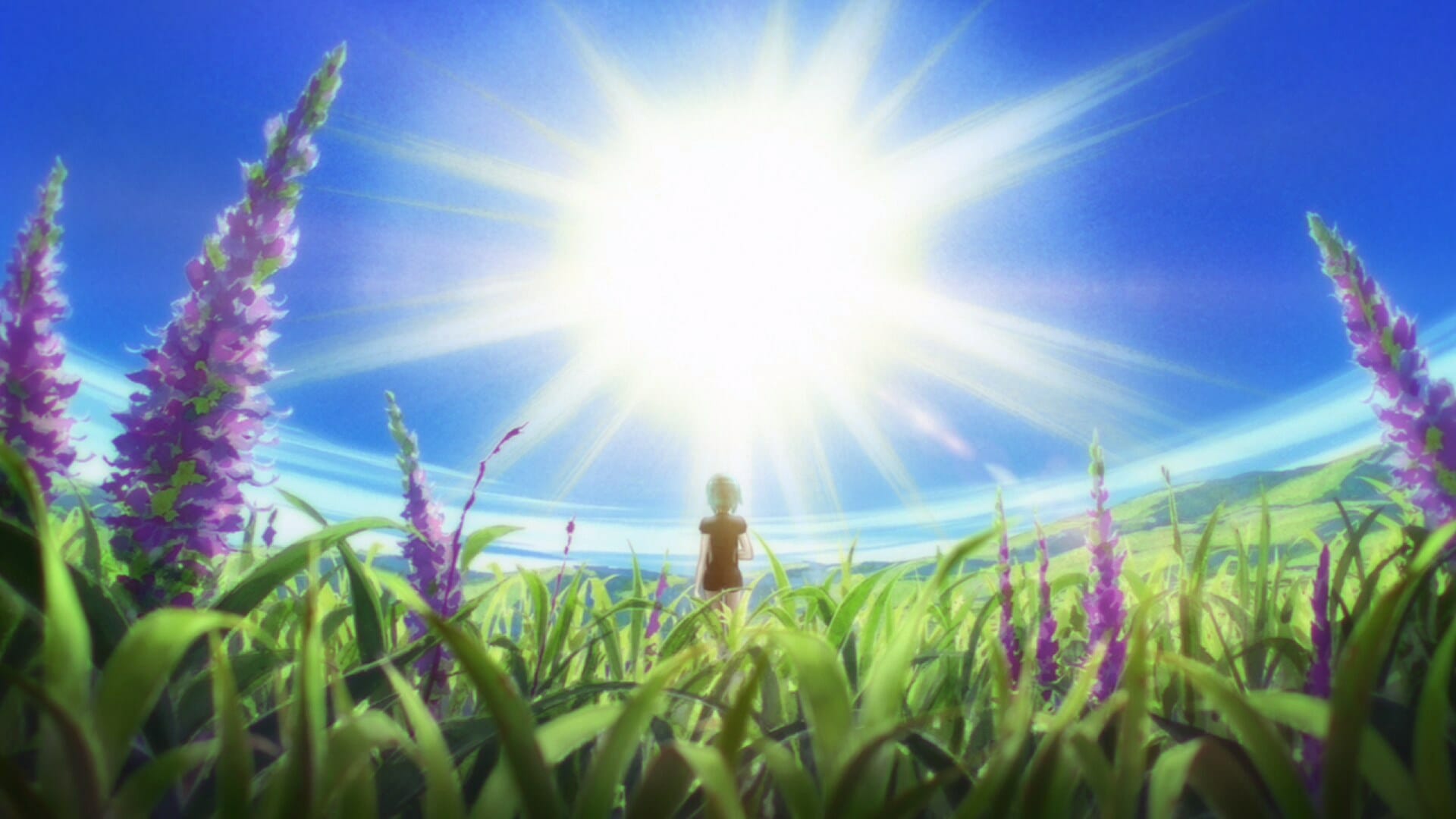 Houseki no Kuni or (Land of the Lustrous), is a 12-episode Seinen, Action anime that aired October 2017 from studio Orange. It follows Phosphophyllite nicknamed Phos, the youngest of a group of gem people living on an island. Each gem has its duties and daily jobs except Phos, who struggle to find what they’re good at. Being the youngest, they’re a tad clumsy, whiny, and spoilt.

To add to it, they’re also one of the weakest with a Mohs scale hardness of 3, which leaves off an option of fighting. These are traits in which their fellow gems continuously remind them of. That is until their father figure and teacher,  Kongo sensei assigns Phos the task of recording and making a database of the island they inhabit and the organisms in it, and not surprisingly, Phos hates this.

There a sense of mystery to Houseki no Kuni. You’re plunged into this world filled with beauty and an intriguing setting. In a time where all of humanity is gone and what is left are the gems, their bodies are made of living crystal, allowing them to survive a world too toxic for humans.

Then we have the Lunarians; Enemies of the gems whose sole purpose seemingly is to capture and make the gems into jewelry. The more you watch, the more you realize how both you and Phos are unaware of the world and the events that took place, leading to its current state. Each revelation the story provides leaves you intrigued and wanting more. 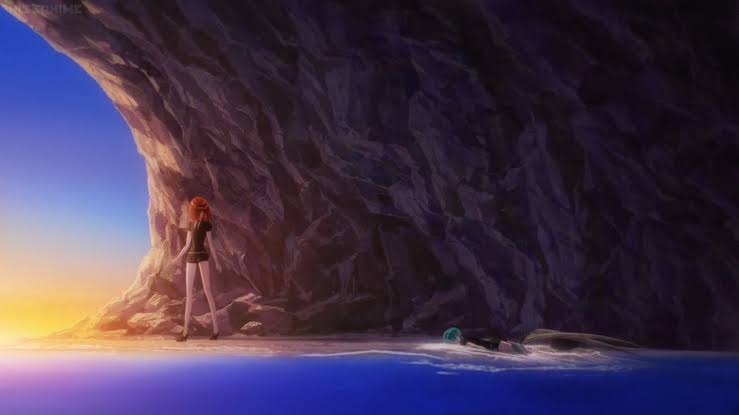 Going back to my previous statement on CG animation, Houseki no Kuni has a rather refreshing take on this. With its 3D rendered animation. Usually, in anime, CG is used when there is a lack of resources for the animators to work with. As a result, it’s done rather shoddily.

In Houseki, though, it would be hard to imagine without it. The gems take on a crystallized but powdered exterior, their bodies glisten, their hair glows in each frame, and their colors pop out more so during motion and action scenes. The beauty of them being gems is expressed magnificently in one of the most unique anime styles out there.

And with a unique art style comes a unique soundtrack that reflects upon the beauty of the series. Every song fits what is currently happening in each scene and doesn’t fail to capture you in the moment. Composer Yoshiaki Fujisawa is a veteran in the industry. With previous works including the No Game No Life soundtrack. He’s done a fantastic job yet again on the soundtrack of Houseki no Kuni. 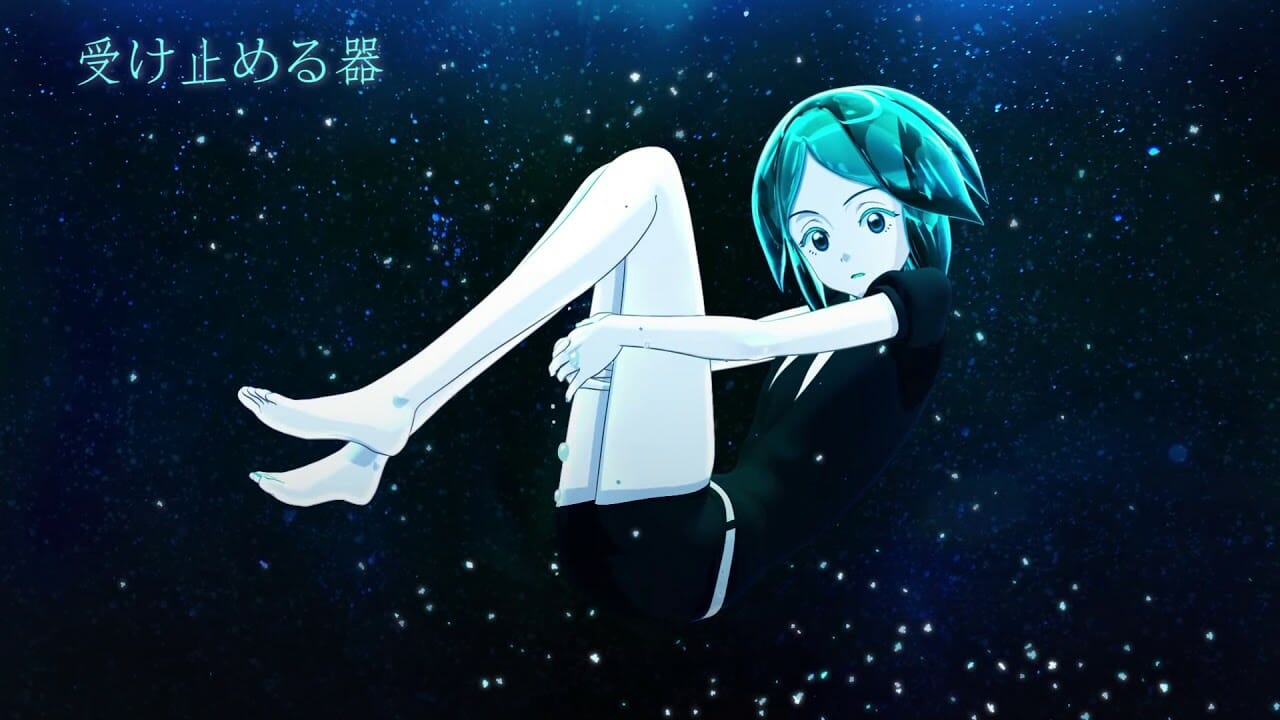 Phos isn’t your average main character. They aren’t an overpowered character, and not everything works out for them. For this fact alone, the series shows their slow growth from a childish clumsy person that causes trouble for others, to someone whose experiences shape their outlook and demeanor in each episode.

They’re a character who, due to their properties as a gem, is unable to fight. Because of this, they’re seen as just a clumsy kid who cannot do anything by their fellow gems. This changes quickly due to a lot of events that unfold during the series, they learn through all of it and become stronger both physically and mentally.

Phos unlike other gems, questions the nature of the earth in its current state, and the rivalry between the gems and Lunarians, and how they got here. Dissatisfied with their unanswered questions, they decide to seek out the truth. Phos is a character you can’t help but get invested in and root for, which makes them an excellent main character.

Phos’s change affects not only them but also their fellow gems. Phos inspires them to be more than they already are, whether wanting to be stronger, kinder or wanting to live on and have a better experience at life. Houseki no Kuni never fails to add more depth to its already fleshed out characters. 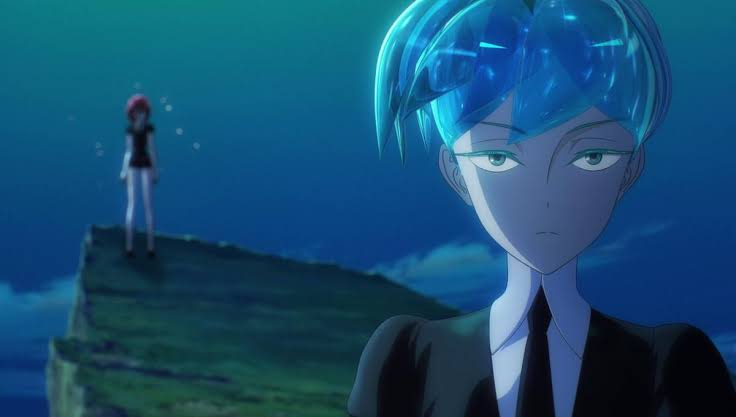 Overall, I have to say there isn’t much to hate about Houseki no Kuni. Asides from the fact that the anime will leave you wanting more. And since its original release in 2017, It would be hard to expect a return anytime soon, coupled with the fact that it wasn’t all that popular in the states.

It can also be argued that the show might not be for everyone; you may not like how the characters are modeled, or you may find it a bit slow at the start, though it quickly picks up. Still. Despite this, Houseki no Kuni is a wonderful anime filled with beautiful, surprising, emotional, and thoughtful moments. It stands out to be one of the best anime of the past decade and current generation and an anime that deserves at least a try.

Houseki no Kuni  is available on Amazon Prime and VRV.

What are your thoughts? have you seen this anime? or are you interested in picking it up? Let us know in the comments below.

Houseki no Kuni is a beautiful anime with fleshed-out characters and an intriguing plot that'll leave you wanting more by the end.

The Pedestrian Review – Puzzles in Public