by Abdul Saad
in Anime and Manga, Anime/Manga Review, Opinion
1

Sword Art Online Progressive: Aria of a Starless Night is the first anime film adaptation of SAO’s Progressive novel series, which provides an alternate method of telling the series’ story. As I’m not much of an SAO fan, I have to admit I didn’t know the novel series even existed before its film adaptation was announced last year. However, now that the film is out for all to see, I can finally share my thoughts on this interesting experience in the SAO franchise. 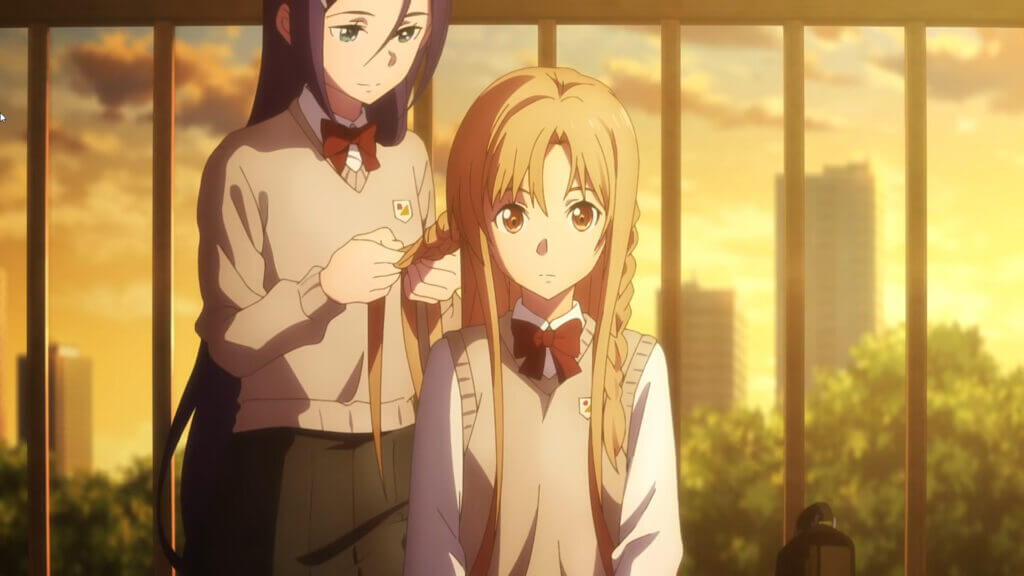 SAO progressive has the same exact plot as the first season of the anime. The film centers on Asuna, Kirito, and brand new character Misumi Tozawa. The story takes place in 2022 (weird) where a new VRMMORPG named Sword Art Online is released to the public. On the faithful day of its release, the ten thousand players logged receive some shocking news as the game’s creator, Akihiko Kayaba, appears before them and announces that they are all trapped in the game until all hundred floors of the game’s dungeon, Aincard, is cleared. The film follows the three characters and their struggles in surviving and defeating the game.

While SAO progressive is very much the same story we all know so well, it focuses on telling Asuna’s side of the story. So much so that the protagonist of the franchise, Kirito, is not seen until halfway in. Instead of dropping us straight into the events of the SAO, the film takes its time to first present Asuna’s life to viewers and showcase her own struggles with keeping up with her family’s high standards. Thankfully she makes a new friend, the aforementioned Misumi Tozawa or Mito, a gaming enthusiast and pro player who’s able to convince Asuna to take it easier on herself and even teaches her the ins and outs of gaming. She also convinces Asuna to join her in SAO and eventually serves as a pseudo mentor to her in the game. 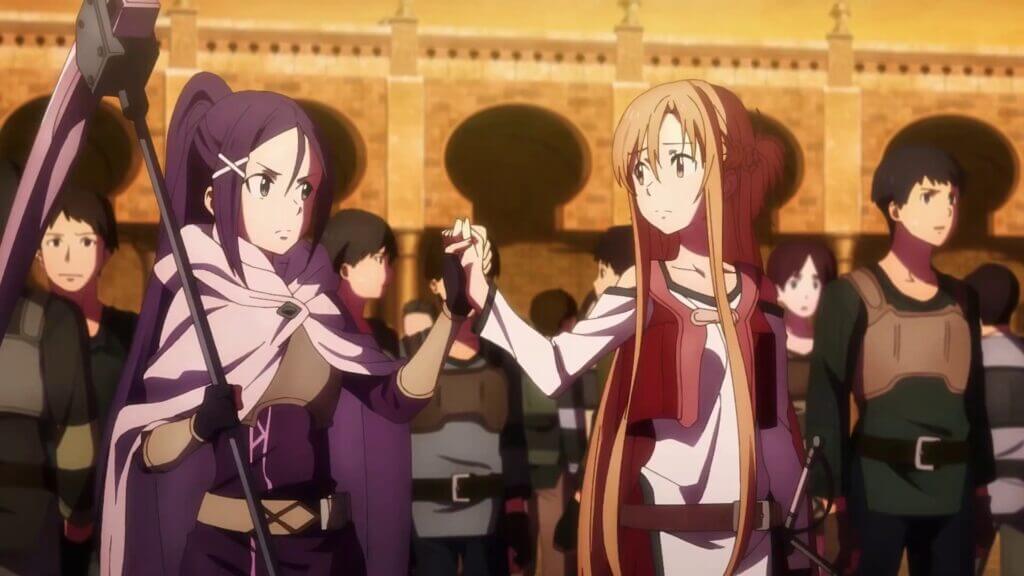 What I liked the most about the film’s story is how it depicts Asuna. By showcasing her life before the series’ events, albeit briefly, and her struggles trying to adapt to the unfamiliar and challenging situation she now finds herself in, the film is able to successfully segment Asuna as her own protagonist, separate from Kirito. And when he does eventually come into the picture, she’s long already established her own character and motivations following some difficult events in the film. Her relationship with Mito also considerably helped this growth because she provided Asuna the tools to survive in the game world. Their relationship served as a catalyst to her growth and, in many ways, the story’s progression.

Aside from Asuna’s perspective of the events, potential viewers should also expect certain events to happen very differently in a different order. This is because the novels, and by extension, the film seeks to tell the story as clearly as possible by presenting it in chronological order. Each book in the series features two floors of Aincrad despite the film only showing the first floor. However, with the recent announcement of a sequel movie, it’s safe to say the films will aim to follow the same pattern. The Progressive series also notably highlights new and side characters in the story (like Mito) as well as intricate details about the game itself. That said, I’m especially looking forward to seeing how well the film adapts these side characters. While Mito blended superbly well in the story, I was still disappointed at what little else she provided aside from the initial purpose I highlighted earlier. 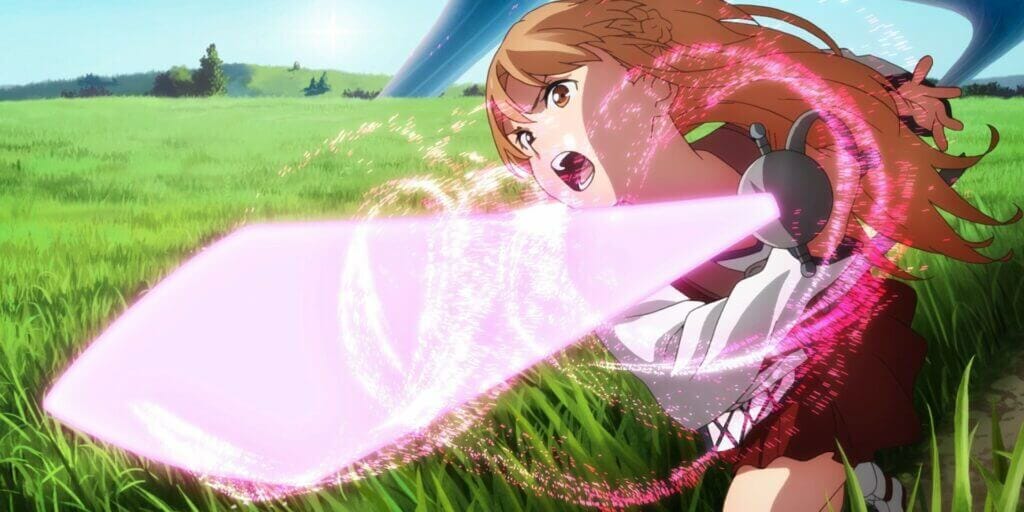 In terms of visuals, I’m happy to report that the film suitably met my expectations in that department. While the animation doesn’t go beyond the technical marvel of its Alicization counterpart, it can still be compared to it as its atmospheric and intricate backgrounds, and simplistic yet detailed character designs are on par with the aforementioned series. However, I will admit that the fantastic (and very dynamic) visual effects and crisp fighting scenes, especially the final fight with the first floor boss are the aspects that mostly contributed to the film’s production value.

While I was unfortunately limited to the dubbed version of the film, preventing me from judging the performance of the Japanese voice cast, I will say that the English cast, especially Anairis Quinones as Mito and Cherami Leigh as Asuna did a good enough job at depicting their characters. The ending theme “Yuke” by LiSA was also a great song to play out the film. 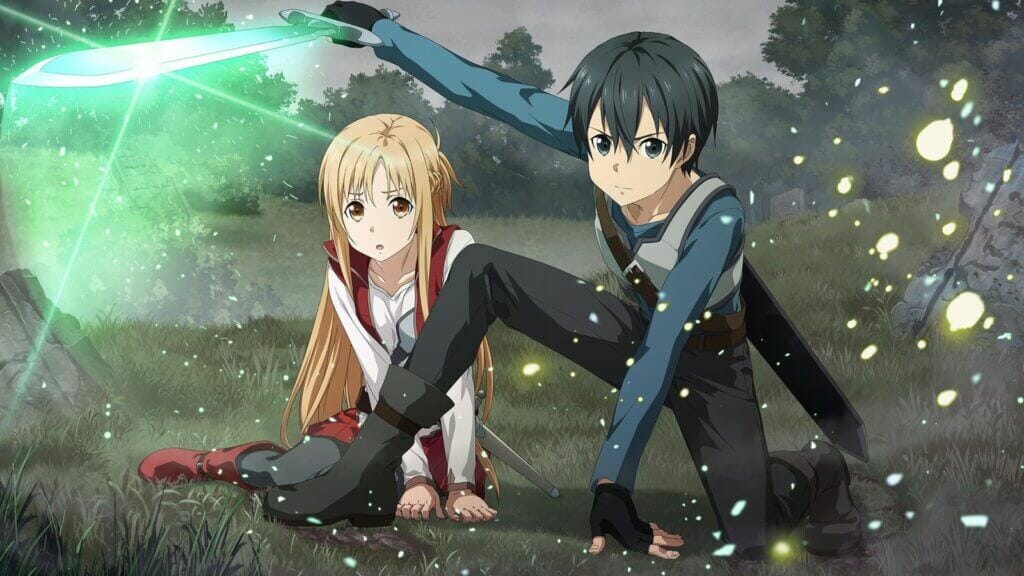 Overall, A-1 Pictures did a good job presenting the Progressive series to anime fans. While the experience felt brief, the production level and interesting story perspective make it worth a watch.

A Screener of Sword Art Online Progressive: Aria of a Starless Night was provided by Funimation for this review.

Are you an SAO fan? What do you think about the Progressive series? Let us know your thoughts in the comments section below.

A-1 Pictures did a good job presenting the Progressive series to anime fans. While the experience felt brief, the production level and interesting story perspective make it worth a watch.

Playing Online PC Games vs. Mobile Phone Games: What you need to know