Anime Review: The Stranger By the Shore 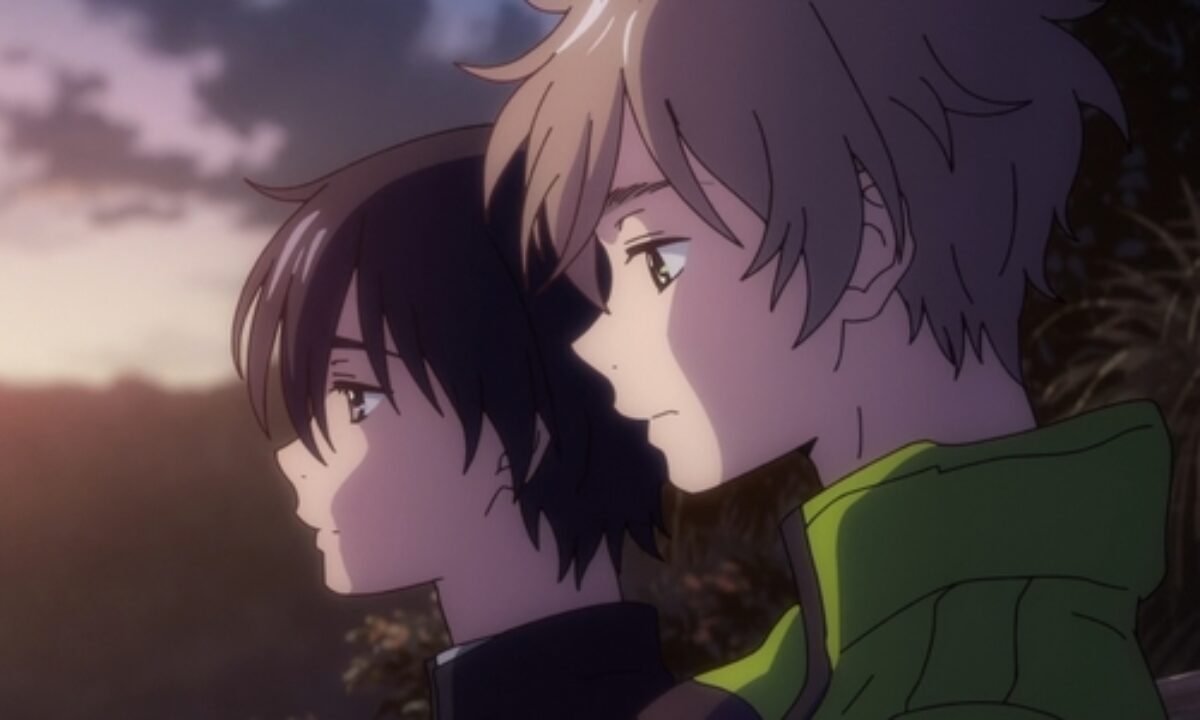 The Stranger By the Shore

The film follows two young men Shun Hashimoto and Mio Chibana. One an aspiring novelist and the other a detached youth grieving his recently deceased mother. Shun works at an inn while chasing his writing career without showing any substance to his personality. That is, until he notices the despondent boy who frequents the shore alone. Unsurprisingly, Shun quickly takes a liking to him and while their first encounter wasn’t a desirable one, they become close friends regardless. Shun and Mio then grow a bond that slowly evolves into a romantic relationship.

And just as things look like they’re about to get interesting for the pair, the film then takes an odd pause and has the characters spend some time apart. It was unclear if this was done so both characters will be at a sufficient age to enable the film to tackle all the themes it sets out to, or so they can both grow as individuals beforehand. Regardless, it did enable the opportunity to allow viewers to learn a bit more about the two leads. Mio recently lost his loving mother, his primary caretaker, and the last family he’s ever had. As a result, he becomes detached forms a wall around him until he Meets Shun, who manages to break through that wall. 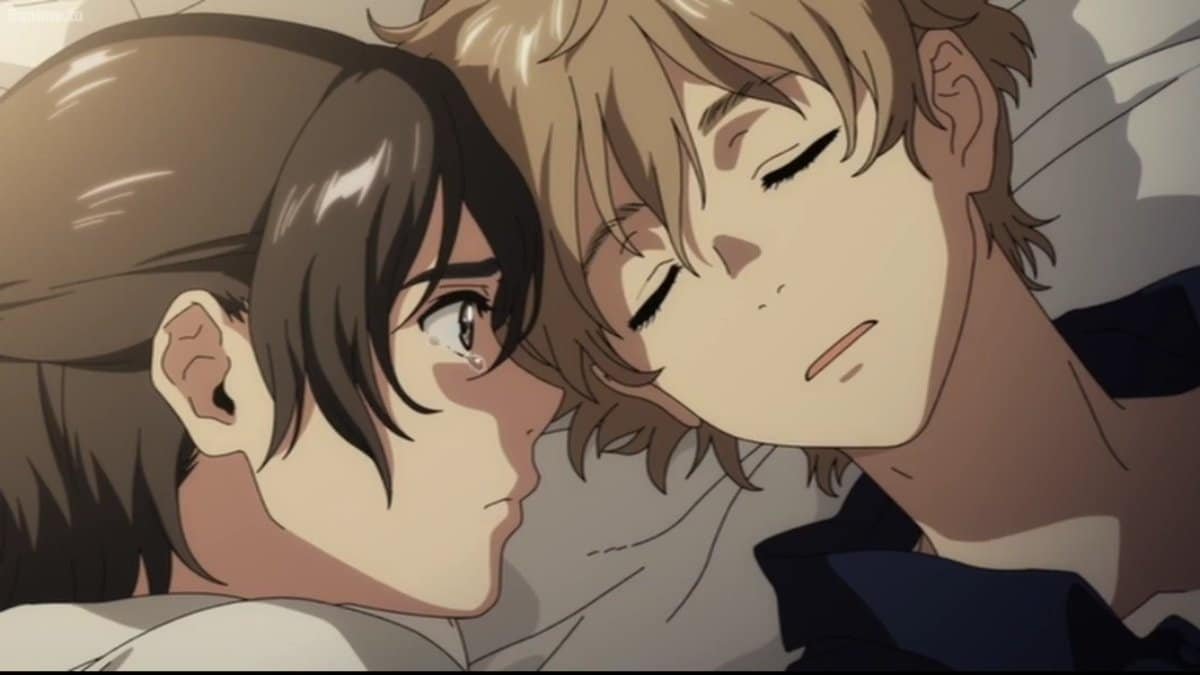 Shun, on the other hand, is displayed as somewhat melancholic yet is still cheerful to those around him. However, very early on, the anime lets us know that he’s been through his own share of struggles which stems from his sexuality and identity. As a result of the ostracization he faced as a teen, he never reveals his true feelings to his love interests, fearing only the worst may come from it. However, this changes significantly when he meets Mio and his fears are quickly exchanged for curiosity.

Sadly, this doesn’t last as Shun’s fears return after their time apart, and he quickly pulls away from the now emotionally available Mio. Their roles noticeably reverse halfway through the film— Shun becomes more jaded and detached while Mio confidently displays his enthusiastic, starry-eyed side. Later on, the film reveals even more about the characters as their relationship gets more intense. This is also where it focuses more on its core themes, such as unrequited love, passion, sex, and the aforementioned fear.

However, it’s also at his point I begin to notice its major flaw, and that is how rushed it felt overall. For example, some characters that seemed to have some depth and stories to tell aside the leads were introduced early on in the film. But before we’re given a chance to learn more about them, they’re quickly shoved to the background to leave more room for the main pair. What’s more, some significant parts of the film were introduced in a rather lackluster and somewhat convoluted way leaving viewers with the need to piece together what wasn’t made apparent by the film.

A Nice View of The Ocean

It’s not all bad, though, as The Stranger By the Shore’s animation, which is objectively one of the best I’ve seen this year, makes up for the few mishaps of the plot. Studio Hibari (mainly known for its role in helping multiple legendary anime series and films being brought to life such as Spirited Away and Houseki no Kuni), did a magnificent job in replicating the sunny beaches and sandy shores of Okinawa and crafting the warm and inviting delicacies of the region. The film’s art direction is also impeccable, sporting multiple picturesque backgrounds and scenery. The character designs are crisp and highly expressive in a cutesy way, akin to a PA Works project. The voice actors also did an excellent job of bringing the characters to life and engagingly portraying their emotions.

All in all, The Stranger By the Shore is a film that provided an interesting experience. While some parts felt highly rushed, leaving some details seemingly ambiguous, no doubt due to its short run time, it still boasts a very heartwarming story that tries to touch all bases.

A Screener of The Stranger By the Shore was provided by Funimation for this review.

Are you a fan of anime films? What do you think of our review? Let us know your thoughts in the comments section below.

The Stranger By the Shore

The Stranger By the Shore is a film that provided an interesting experience. While some parts felt highly rushed, leaving some details seemingly ambiguous, no doubt due to its short run time, it still boasts a very heartwarming story that tries to touch all bases.