BagoGames > Articles > Opinion > Are We In A New Survival Horror Renaissance?

Are We In A New Survival Horror Renaissance? 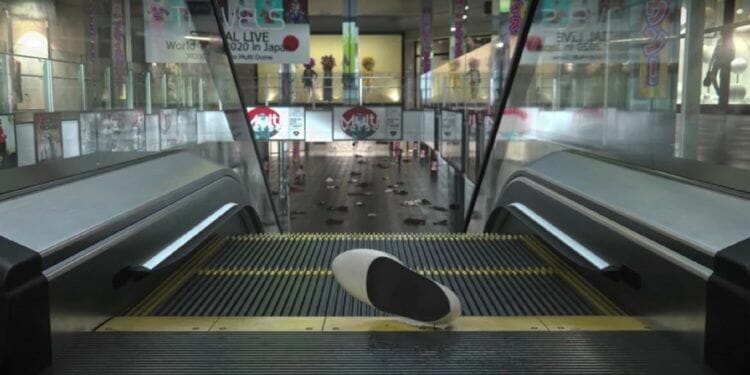 I was lucky enough to have lived through the first Survival Horror Renaissance which included the Resident Evil Trilogy, Code Veronica, the Silent Hill Trilogy, Siren and of course Resident Evil 4. When the Xbox 360 and PlayStation 3 came out, developers decided to drop the atmospheric and claustrophobic feel of these games and opted to go with huge over the top action set pieces.

I still enjoyed Resident Evil 5 and 6, Silent Hill: Homecoming and Downpour; but all these titles were NOTHING like their predecessor. At the beginning of the Xbox One era we were gifted a few really great horror titles like Outlast, Soma, Layers of Fear, Until Dawn and the like; games that didn’t let you defend yourself really which amped the terror.

Then earlier this year Capcom released the best remake ever developed, Resident Evil 2. I think that the release of this classic tale remade has begun the domino effect in survival horror and that developers are actively trying to make terrifying games now.

After Resident Evil 2‘s release we were happily given Days Gone,  A Plague’s Tale: Innocence and World War Z. All of these titles jumping into survival horror in their own way. In Days Gone you’re surviving a world ending virus, in A Plague’s Tale you’re stealthily keeping your brother away from rats and evil humans and in World War Z you’re fondly remembering Left 4 Dead and wishing for a sequel to that.

All three of these titles touch a certain niche in the survival horror genre, I personally was more drawn to Days Gone, seeing as it was a third person survival horror title, with just a smidge more action than RE2. However, I also am enjoying my time with A Plague’s Tale at the moment, there’s nothing like sneaking through a sewer with a torch trying not to be eaten.

World War Z I didn’t buy because I have no friends, so a multiplayer horror game wouldn’t be too fun for me, heck I’m still trying to find a buddy for Dead Space 3. So that’s four top notch survival horror games in the first six months of 2019; with at least three incoming.

This years E3 overwhelmed me with a few survival horror titles incoming, one in particular coming in August. Blair Witch blew my mind when I saw the trailer. I remember seeing The Blair Witch Project in theaters when I was a wee lad and that was one of the last movies to actually frighten me. I, of course, saw it when everyone was still under the assumption that it was a REAL found footage movie, so the marketing added to overall fear and tension of the picture.

Hearing that a game has been in development and will be in my hands at the end of August made me a happy little horror lover. The developer of Blair Witch previously developed the sleeper hit, which I loved and reviewed, Layers of Fear. The Bloober Team really knows how to keep you engrossed in their game and Blair Witch is their first BIG budget title.

Knowing that this came is safely in their hands I cannot wait to hunt through the forest and attempt to find these missing kids and most likely dying in the process. Another August release is the first part of Supermassive Games’ next horror opus, Man of Medan.

If you’re thinking that this developer sounds familiar you’re right, they developed 2018’s Until Dawn, the playable slasher movie that was simply amazing. Man of Medan looks to be following this formula, but instead of just getting one game we’re getting different episodes to enjoy over and over again.

The Sinking City has just been released and sadly I’ve not had time to play it because the website I pre-ordered from has sent it via Sherpa and I won’t get it for another week. From what I’ve seen and read about this title though makes me excited to get it into my hot little hands! I’ve read every Lovecraft story and I love seeing his world brought to life in comic books, movies and especially video games.

The Sinking City, which has taken certain liberties from the stories is still suppose to have take heavily from Shadows Over Innsmouth, which is one of Lovecraft’s best stories. Hopefully by time of publication I will have beaten A Plague’s Tale and begun my journey into this waterlogged city.

As most of you know in the last week Remedy has acquired the rights to Alan Wake, which is huge news! This means that Remedy can get an HD Remaster on the PS4, Xbox One and the Switch. I don’t even own a Switch yet, but I would purchase it knowing that my hard earned money will help everyone get an Alan Wake 2. I know the sequel is years out, but I’m down to play a remaster yesterday!

Luigi’s Mansion 3 is also due in later this year, and while not PURE survival horror, the game is a bit creepy at points. I’m glad that survival horror is creeping onto every system right now, its to the point I ALMOST have too much survival horror to play.

I know Days Gone will last me about 50 hours, The Sinking City isn’t even in my hands yet, I need to do one more run with Leon in RE2, A Plague’s Tale is taunting me with its stealth and I haven’t touched my 3ds in months to play Luigi’s Mansion 2.

I’m failing at horror right now and need to get the move on before the two August titles release. What horror game are you most looking forward to being scared by? My vote still goes with Blair Witch.