Harley Quinn Frees Herself From The DCEU 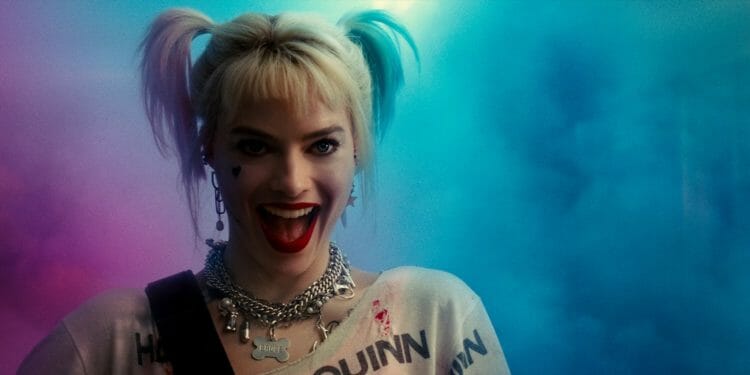 DC Comics has been undergoing a big makeover in the past few years and all for the better. Last year found them embracing the simpler charms of Shazam and the prestige darkness of Joker. And now comes Birds of Prey as the juicy cherry on top where DC finally feels free to be giddy and gritty. The tagline of “the Fantabulous Emancipation of One Harley Quinn” couldn’t be more fitting for a film this good. 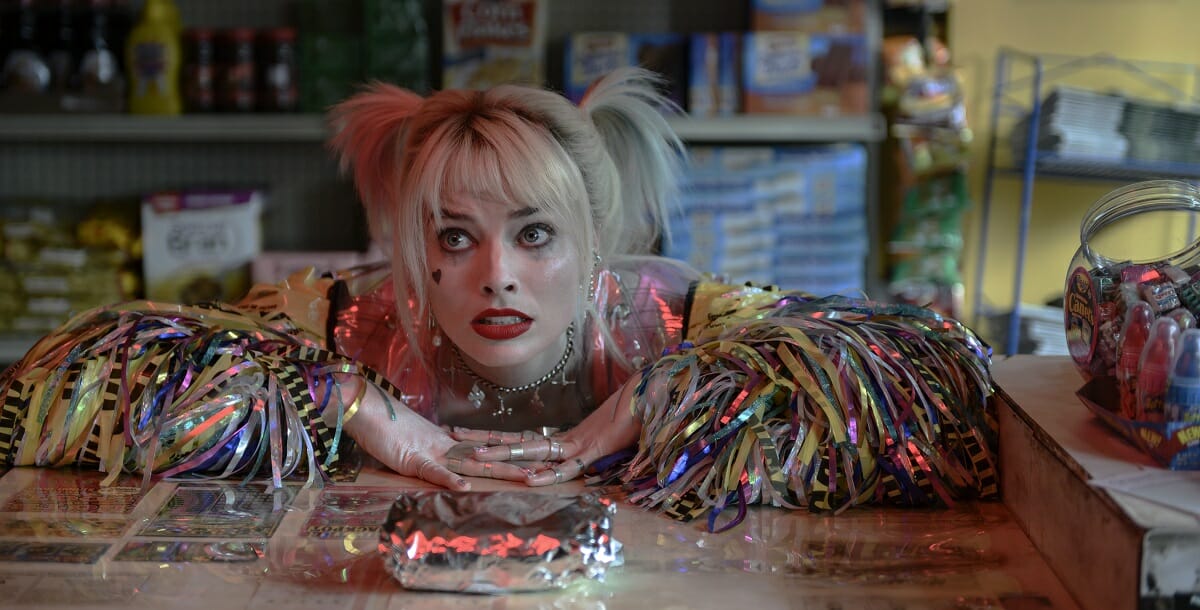 Margot Robbie finally breaks out from her role as Harley Quinn in Suicide Squad for a better movie. Make no mistake in this being her movie. She narrates her own story about going out on her own after ditching The Joker (present only in the form of a cartoon prologue). Symbolizing her breakup with the destruction of ACE Chemical, she sets out to make a new name for herself, becoming her own villain.

But doing so won’t be easy. She’s made a lot of enemies when she was with Joker. Without her clown prince of crime next to her, many angry criminals now seek to take her down for one reason or another. Some of these aggressions she remembers, others she’s clueless about. Harley’s fight to prove herself just became much tougher without the Joker behind her. 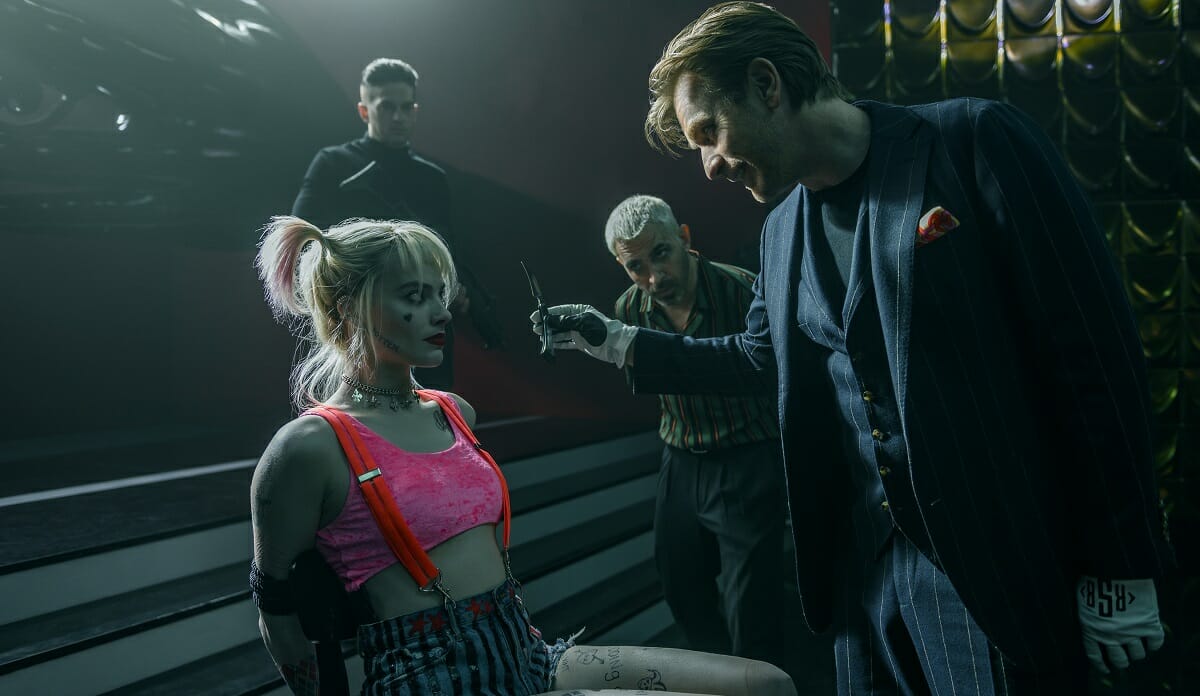 Harley finds herself caught up in a plot involving a diamond. This comes about after Harley pisses off the eccentric and evil Black Mask, played by a completely engaged Ewan McGregor. Of all the men most angry at Harley, he has the longest list and the most muscle to slaughter her. He’s also genuinely disturbing in how he manages his nightclub with a short fuse. The only reason he lets Harley live is so he can get that diamond.

Other players are thrown into the mix, though some get more screentime than others. Black Canary (Jurnee Smollett-Bell) is Black Mask’s top club singer and also very torn about doing the right thing. Renee Montoya (Rosie Perez) is a detective that is devoted to taking down Black Mask but has to do so in a hostile and demeaning work environment. Cassandra Cain (Ella Jay Basco) is the thieving young girl who gets roped into this heist as a key player. And Huntress (Mary Elizabeth Winstead) is out for revenge but struggles to fight her way into this film, despite being the most adorable character.

Armed with an R rating, this film feels particularly liberating in how DC has better embraced a more adult superhero picture. Deadpool paved the path and Birds of Prey followed it with a glittery neon trail. The fight scenes feel exceptionally brutal with vicious stabbings and limbs that bend all sorts of directions. Even Harley takes a beating when constantly being chucked across floors and slammed into cars.

The film isn’t kidding when its title stresses Harley’s emancipation. It doesn’t present her as anything less than an anti-hero, never staging her as though she’s a misunderstood villain. Make no mistake; she’s a villain and presented not as the hero but the one least likely to cut off someone’s face. More in tune with her character, the storytelling is nonlinear and semi-chaotic in its jumping around towards intense and well-directed fight scenes. 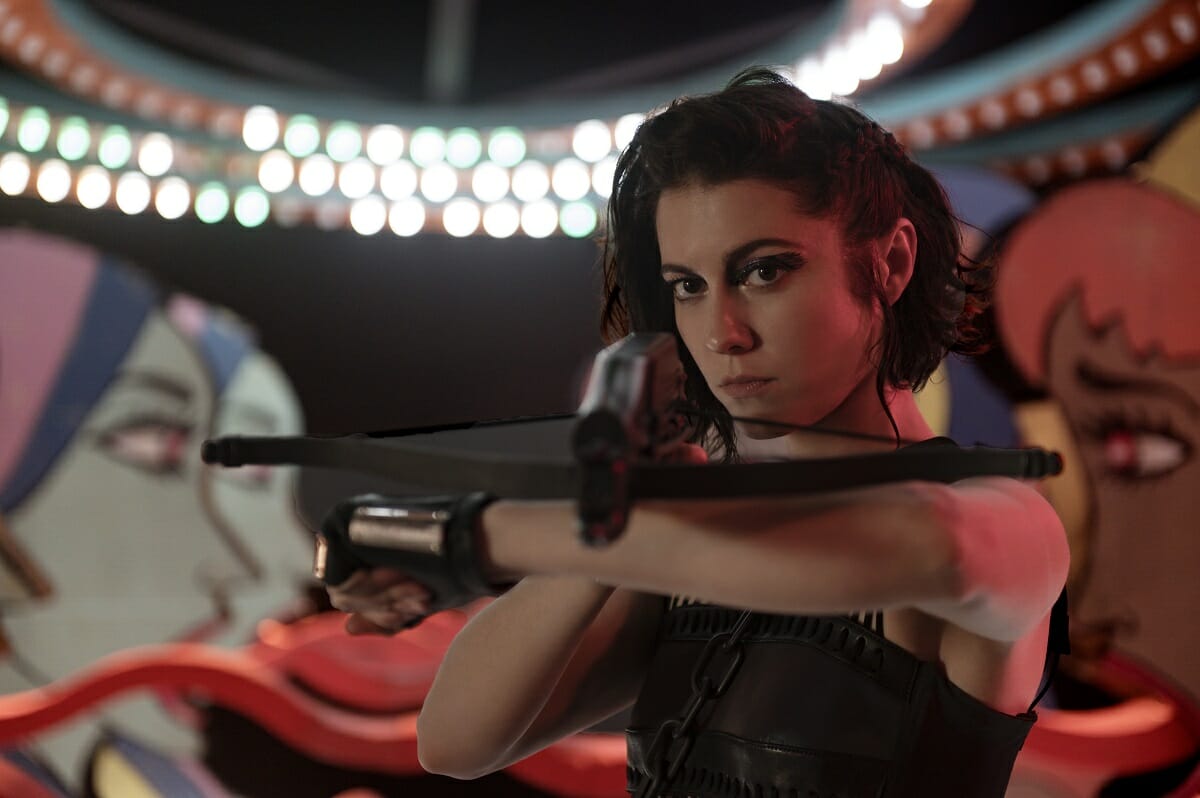 A League of Her Own

In the film’s own subtle way, several shots are taken at the previous DCEU, placing the final nails in the coffin. Harley shuts the Joker out of her life and Batman isn’t even in present in this version of Gotham City for reasons that will not be explained (and that we don’t need really). There’s no leaching off previous DC films or placing Easter Eggs for a shared universe. If anything, there are anti-universe Easter Eggs; Harley discourages her costume from Suicide Squad and makes one brief reference towards a previous Suicide Squad member.

At the same time, however, Harley’s story is rather crowded. Though there’s plenty to do and a decent balance in the film’s zippy punk atmosphere, some of the better aspects only feel half there. Consider how Winstead shines so damn well as Huntress but really only occupies the third act. Consider the plight Renee Montoya that her struggles with an ex-girlfriend on the force that feels like we’re only getting half the story. These characters are so much fun that it’s a bit of a downer they feel shoved too tightly together in such a slick picture.

For taking aim at placing Harley Quinn within a Guy Ritchie esque heist picture, Birds of Prey is a bullseye. It’s a rebellious and freewheeling picture that isn’t afraid to cut loose with its characters and chaos. No more watered-down PG-13 takes or adventuring towards swirling garbage plots of doomsday. This is a film that gives us a reason to like Harley without making her the hero of her own story. She’s a bad girl but has enough style to make all her questionable life choices seem all the more entertaining. Just as an example, there’s a broadway musical sequence that serves absolutely no narrative importance. It seems like fluff but it’s still hilarious, vivid, and gorgeous fluff I just couldn’t say no towards.

A fast and fun heist for Harley Quinn.