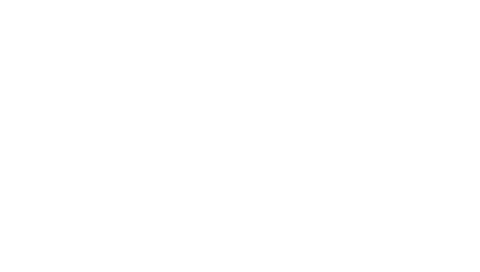 On August 25th 2011, Imageepoch developed and released Black Rock Shooter: The Game in Japan, for the Playstation Portable. Its origins stem from a picture that the artist Ryohei Fuke, or best known as Huke, posted on his blog on December 26th 2007. Later, Ryo, from the band Supercell, saw the picture and was inspired to create a song, appropriately called “Black Rock Shooter“. This ultimately started the ball rolling on a franchise that has spawned animes, mangas, and the aforementioned PSP Game. In 2013, NIS America took it upon themselves to bring Black Rock Shooter: The Game to the West and it was released April 23rd on PSN in the US and April 24th in Europe. Sadly, the game will not be available in Canada, Mexico, and other European countries due to licensing issues.

Black Rock Shooter: The Game is an Action-RPG where the player is tasked with advancing through numerous levels to unravel the mystery of the android girl, BRS. With elements such as experience points and an inventory of different weapons, albeit very limited, this game will appease those RPG taste-buds in your mouth.

The game kicks off in the year 2051. A Great War erupted in 2031 between a group aliens and the human race, and this one-sided war has brought humanity to the brink of extinction. Twelve soldiers are the only survivors and opt to awaken an android girl named Black Rock Shooter, or BRS.

The graphics here are mediocre at best; never pushing the PSP to its limit. With such games as Final Fantasy: Crisis Core on the device, which was released in 2007 in Japan and 2008 in North America; Black Rock Shooter: The Game falls flat for being a title developed almost three years later. The character designs are simple, with the unique concepts seemingly reserved for the main characters such as BRS, Marion, Phobos, or any of the aliens. I often found myself confused when told to seek out a specific soldier, because their designs were very similar. The game is voiced, but it only includes the original Japanese voice-overs with English subtitles. I personally did not enjoy that aspect as I found the voice actors lacked personality and were rather mono. There were also issues with syncing; the mouths didn’t line-up with the voices and to me, felt awkward. Another issue stemmed from the differences in Japanese and English dialect. A sentence might be said quicker in Japanese, resulting in the English text to scroll forward randomly as you read. Because of this, you’d miss some of the dialogue and maybe even an important piece of this scattered story.

Speaking of the story, I felt that it was subpar and left so many questions unanswered. For example, I never understood why BRS had blue fire escaping her eye. The writing and dialogue was poorly executed as I never felt attached or any sort of sadness if a character was killed. However, there was some excellent exchanges between the soldiers in the early parts of the game that I found rather humorous and entertaining. As I mentioned before, the voice-over actors weren’t very personality driven, which affected the immersion a player had. It felt like the actors were just reading his/her lines just to finish the game as soon as possible. Plot twists were attempted, but because of the “Swiss Cheese” story all those holes prevented any sort of shock factor.

Gameplay is truly where the game shines in my opinion. I loved that the battles weren’t random, but instead you could see the enemies in the level which gave the player the option to avoid it. During battle, it was a very simple system of dodge and shoot, which never got repetitive because the battles were quick. There was also challenges that you needed to complete to unlock various things such as upgrades to your weapons or an art gallery, just to name a few. This made the levels have replay value, however, that only lasted until the challenges were completed, which then left no need to playthrough again. The levels are extremely linear, but for a handheld title, some people would appreciate that since most Portable players usually play on the bus or on a break, so a pick-up and go experience is ideal for them. The missions are short, but with repeating levels to complete challenges; I managed to clock-in about 30 hours of gameplay.

The sound for this game was on-par for the most part. The sound effects were accurate, but was brought down by the horrible voice-acting. The background music is excellent and often times, I would turn up the volume of my PSP to enjoy the music.

In conclusion, as a game, I would recommend this to anyone looking for a good time, filled with challenges. However, because this game is based on a manga and anime; I do have to take into account that perhaps these holes in the story are filled in both forms of entertainment, making the story of this Android girl make sense. I have not seen either the anime or manga, so this review was based solely on the game, the mechanics introduced, and the story present within this form of entertainment. 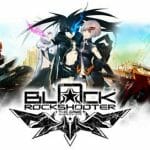