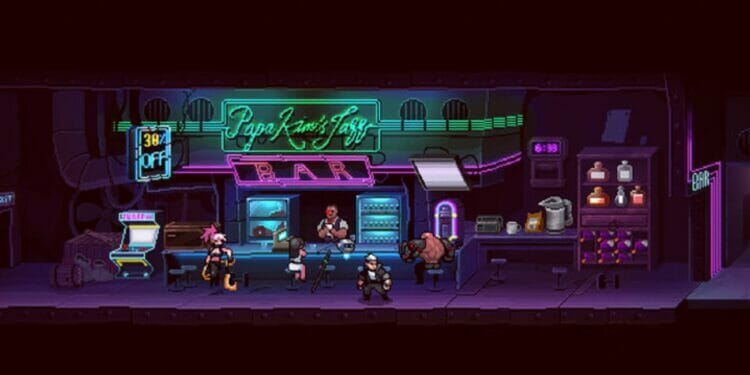 Team Suneat’s latest game has just gone live on Kickstarter. You can back their Cyberpunk Action Game named Blade Assault from Nov 11 to Dec 11 on Kickstarter. If you’re feeling a bit worried about spending your money on this game you can try out the demo on Steam here.

The game is set to launch early 2021 and is described as such,

Blade Assault is a 2D action rogue-lite platformer with beautiful pixel art set in a desolate sci-fi world. The game features tight, responsive controls and a cast of charming characters. Playable characters have various transformable weapons that they use to battle against their enemies. Weapons can be further customized by different “Cores” and “Transform Upgrades” that appear randomly during gameplay.

Blade Assault is built on satisfying fast-paced combat. Utilizing diverse skills, dodging enemy attacks by dashing, launching projectiles, and slashing away mobs of enemies, you’ll make a name for yourself in the city of Esperanza. Your attacks change according to the “Cores” you select and the upgrades you decide to take on your runs.

This title may actually beat Cyberpunk 2077 to release, and if you’re interested in supporting this game you can contribute to the Kickstarter here. Most of the backer specials are Steam keys of the game and discounts on the title, so basically you’re donating to own the game, which is a pretty sweet deal.