The Anniversary Edition of Braid is coming early 2021 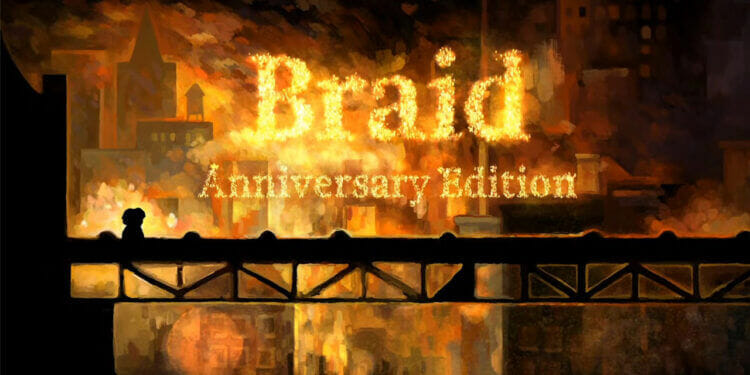 Braid got a lot of attention back when it launched in 2008. It was unique in the sense it was a platformer, but with time manipulation. You could undo any mistake by simply reversing time. Time played a major role in the game in fact, and each world of the game had a unique time-based mechanic.

It’s been 12 years but it seems we are finally getting a proper new release of the game. Braid Anniversary Edition is a brand new remaster of the game, and it’s coming to PS5, XBox Series X, PS4, XBox One, Switch, PC, Mac, and Linux in early 2021.

The Anniversary Edition of Braid promises some new features and improvements to the core game. These include improved sound, as well as new mixes and variants of the soundtrack by Martin Stig Andersen and Hans Christian Kock.

On the visual side, the graphics have been repainted by hand by David Hellman. And the animations have been redone to look even smoother. There’s also the ability to switch between the new edition and the old classic game on the fly. The Anniversary Edition also has developer commentary for those interested in that.

The goal of the new edition is to help the game look presentable on modern 4k displays. The original game was made with 720p in mind, so naturally, the game will look pretty blurry on modern displays. Redrawing the graphics will ensure that the game retains its art style properly when displayed on modern TVs and monitors.

The game’s unique art style and presentation definitely warrant such a remaster. It’s one of the games of that generation that has aged the best in terms of graphical style. So it’s nice to see it will be getting remastered for high-resolution displays.

You can get more information about the upcoming Anniversary Edition on the official website. This is definitely something worth keeping an eye open for.

Destiny 2 – How to Succeed Mini Guide