The Commodore 64 Mini Will Launch This March 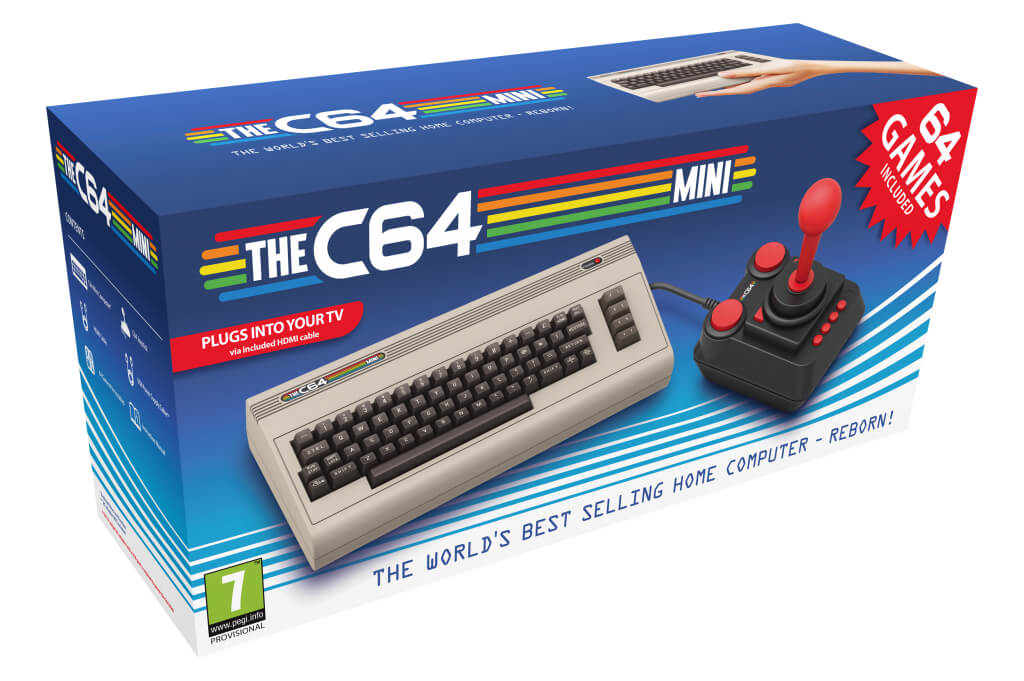 It is absolutely no surprise that the success of the retro Nintendo console re-releases has everyone wondering how they can get a piece of the action. I’m very happy to see that The Commodore 64 Mini will be following in Nintendo’s footsteps with a launch on March 29th, 2018.

The Commodore 64 home computer was released back in 1982 and was the go-to home computer for many back in the 80s. The C64 Mini hopes to capture the same feeling the original home computer did back then with the ability to plug in both a joystick and  USB keyboard in the two USB ports that the system comes with, and play up to 64 classic games on their TV. You can find a full list of the games already pre-loaded on the system right here.

The system is scaled down to be 50% of the size of the original and will allow HDMI support with 720p resolution. For system features, you’ll be able to apply a full-width CRT filter and it will feature Pixel Perfect graphics with a 4:3 ratio. Included in the box is both the joystick and the C64 Mini, as well as an HDMI cable and manual. No price details have been announced yet, but you can expect those to come soon.

Are you excited to delve into the back catalog of the Commodore 64 with the C64 Mini? Let us know in the comments below.

Gather Your Friends for Co-Op in Dragon’s Crown Pro