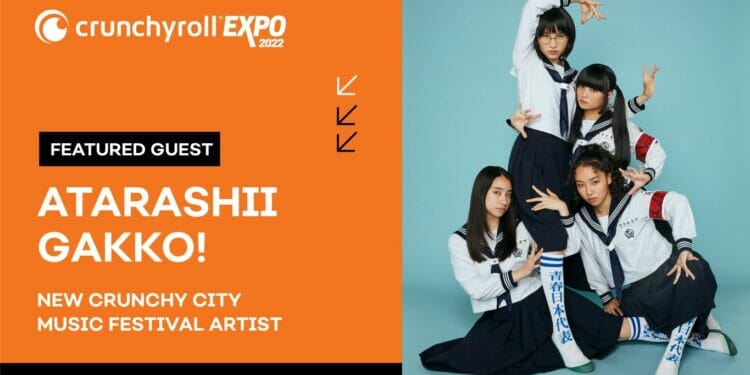 The New Crunchy City Music Fest will bring fans three days of music and performances from domestic and international artists. Select acts from the music festival will be available via streaming and / or video on demand, with additional details to come soon. Access to the New Crunchy City Music Fest is included free with tickets to Crunchyroll Expo. Crunchyroll Expo will take place from August 5 – 7, 2022 in San Jose, California as well as virtually.

”Crunchyroll Expo is more than just an anime convention, it transports fans into the world of anime, connecting them to each other and the content they love through panels, premieres, meet and greets and more. Now in our sixth year, we’re excited to introduce the New Crunchy City Music Fest, allowing fans everywhere to enjoy the music powering up their lives and their favorite series.” 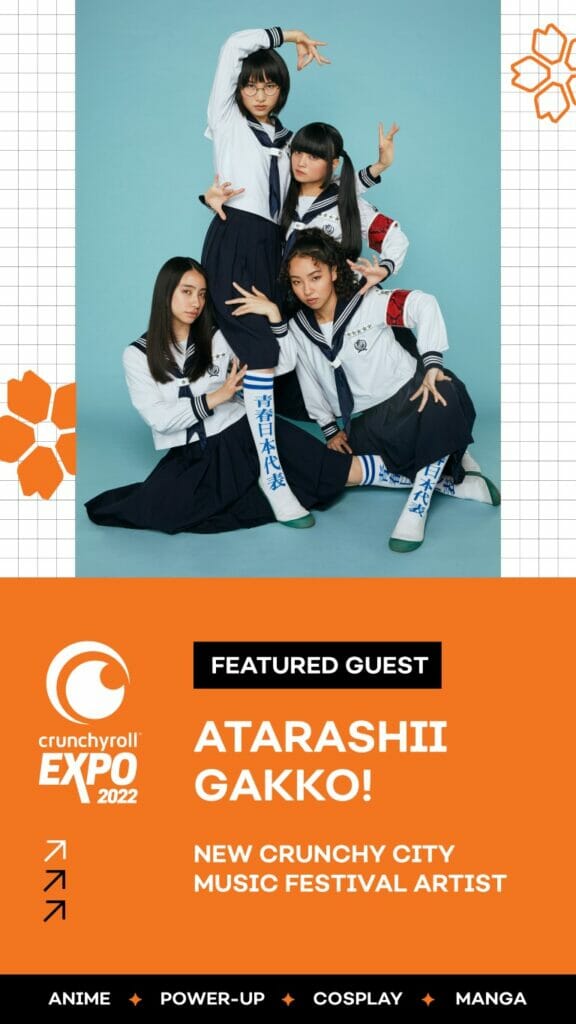 ATARASHII GAKKO! (literally meaning “new school” in Japanese) are a group of four young women who are redefining what it means to be a girl group. They wear sailor-fuku (sailor suits) uniforms in a style that were worn by Japanese students back in the 70s and 80s with long skirts and pulled-up socks, and staunchly refuse to be objectified. Their aggressive and expressive dance moves, which they choreograph themselves, are a hybrid of the energy of Japanese butoh dance, heavy metal headbanging, and hip-hop street dancing. Musically, AG! brings together elements of modern J-Pop, Showa-era kayokyoku, rap, punk, dance music, but it would be pointless to try to categorize them in any genre.

Badge registration is available now on the Crunchyroll Expo website