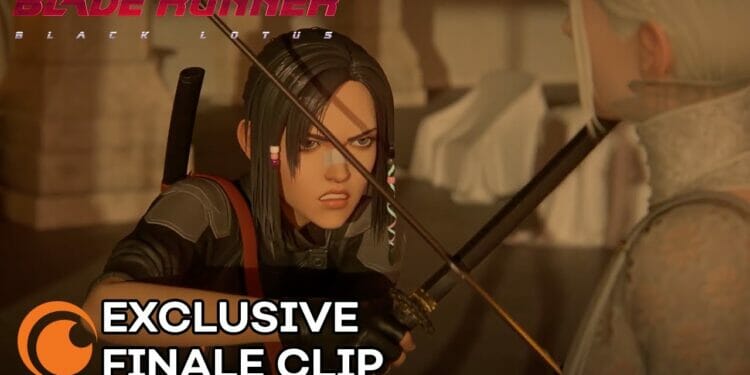 Crunchyroll recently announced that it is releasing a special preview of the finale episode of Crunchyroll and Adult Swim’s original series Blade Runner: Black Lotus.

Finale tune in: Saturday, February 5 at 9:00pm Pacific Time on Crunchyroll and Adult Swim
Finale logline: Elle has fought her way to the top of the old Tyrell headquarters and is face-to-face with her creator at last. Will Black Lotus find the answers she is seeking? Or will she fall to her mysterious replacement, Water Lily?
Finale special preview: https://www.youtube.com/watch?v=QS5GwOWesJA

Los Angeles 2032. A young woman wakes up with no memories and possessing deadly skills. The only clues to her mystery are a locked data device and a tattoo of a black lotus. Putting together the pieces, she must hunt down the people responsible for her brutal and bloody past to find the truth of her lost identity.

Are you a Crunchyroll subscriber? Have you seen Blade Runner: Black Lotus? Let us know your thoughts in the comments section below.