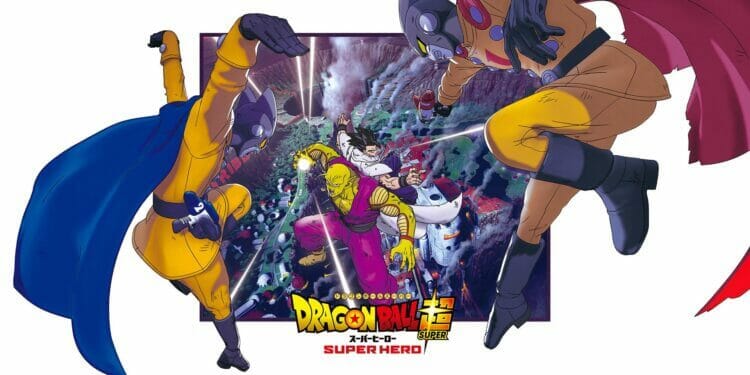 Crunchyroll recently announced today that tickets for Dragon Ball Super: SUPER HERO, the newest film in the global anime blockbuster franchise, are now on sale in the United States and Canada at Fandango The film will be available in both English dub and subtitled and will arrive in more than 2500+ theaters in North America on August 19. The film will also be released in select U.S. based IMAX® theaters. Tickets are also now on sale in the United Kingdom, Ireland, Australia, and New Zealand. Ticket-on-sale dates and openings for global territories are available here. Crunchyroll and Toei Animation also unveiled a new trailer for the film.

Dragon Ball Super: SUPER HERO also took center stage at the San Diego Convention Center during Comic-Con International, when special guest of honor from Japan, Toshio Furukawa (voice actor for Piccolo), was joined by Christopher R. Sabat (the English voice actor for Piccolo) and producer Norihiro Hayashida, to share stories and insights from the film. Lucky attendees were also given an extended first-look at the movie – with approximately the first 20 minutes screened exclusively for the at-full-capacity SDCC audience in Hall H!

The film, with full commitment and deep involvement from Dragon Ball’s original creator Akira Toriyama, has the legendary manga creator behind the film’s original story, screenplay and character design.

The Dragon Ball phenomena began in 1984 when Japan’s well-known manga from Akira Toriyama premiered in Shueisha’s “Weekly Shonen Jump” – becoming a top ranked title throughout its 10 and a half years of publication. Since then, the manga’s popularity has continued to grow with an astonishing record of 260 million copies sold worldwide and counting. And with Dragon Ball’s ever-increasing popularity, it has expanded beyond manga to include TV animation, movies, games and merchandising. Now 38 years after the launch of the original manga, Dragon Ball continues to evolve and will reach new heights starting with this new large-scale movie.