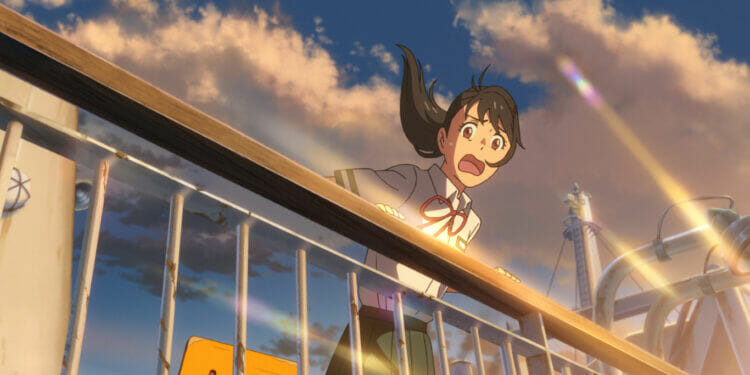 Toho and CoMix Wave recently revealed a new trailer for Makoto Shinkai’s upcoming film, “Suzume,” which also reveals for the first time Nanoka Hara’s performance in the lead role of Suzume alongside other new details about the film and its production. The film was announced with a key visual in April along with the four keywords, “Traveling Young Man,” “White Cat,” “Small Chair,” and “The Key to Doors.” Suzume is slated to premiere in theaters in Japan on November 11th, 2022. 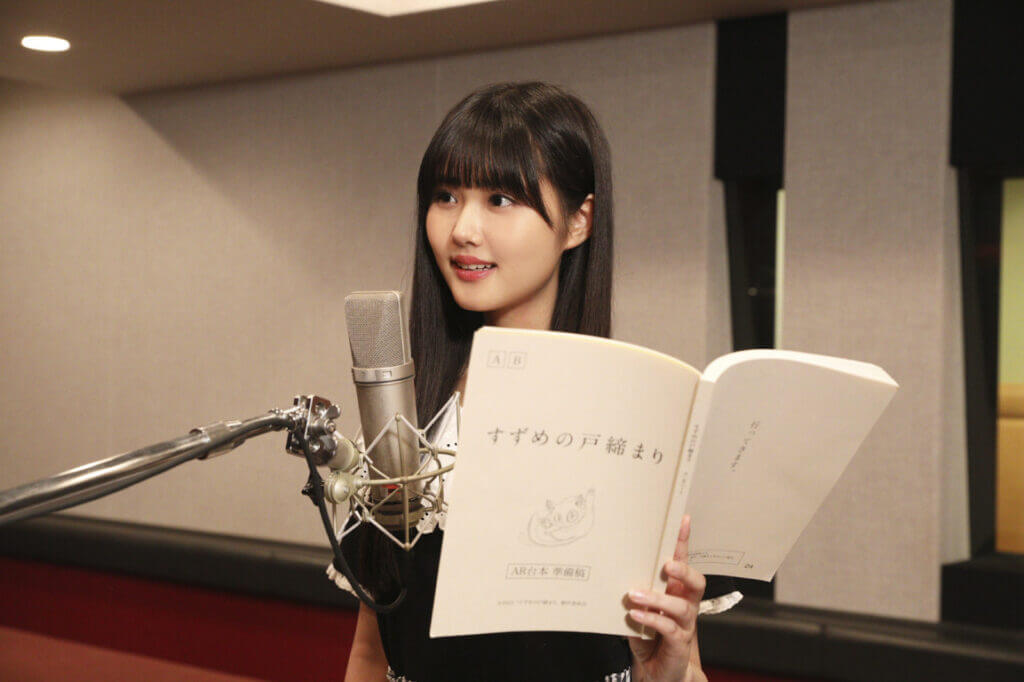 The new trailer takes a deeper look into 4 key words revealed along with the initial teaser in April, which now has close to 5 million views. The “Traveling Young Man” who walks past Suzume underneath the clear skies, eventually closing doors together with “The Key to Doors.” Likewise, the “White Cat” whose social media presence seems to be growing day by day, and the “Small Chair” running around as though alive are but the tip of the iceberg to “Suzume.”

Though still surrounded in mystery, Makoto Shinkai states, “I created this with the intention of introducing Suzume” as we witness Suzume’s wide range of emotions from her comical reactions to the serious determination of our 17-year-old protagonist.

What are the various encounters and partings that happen along Suzume’s journey? What is the meaning behind the vast grassy plains underneath the sunset and starry sky, to which Suzume witnesses on the other side of the door?

For the first time, audiences will get to hear the song titled “Suzume,” which was composed specifically for this film. Suzume ends the trailer with the mysterious words,

“I wandered beyond a space

“Where it seemed all time had melted together

When recording her voice to match Suzume’s on-screen performance, actress Nanoka Hara stated, “I was so nervous. Since I could only use my voice to act out the characters’ emotions, I had to be mindful of every phrase and the meaning it was intended to carry. There was so much I didn’t know.” She continues, “Seeing the picture and voice together, it finally dawned on me that it was up to me to bring this character to life, which made me so nervous, I could barely move. Nonetheless Director Shinkai would praise my acting and guide me to just the right performance each time. Recording this trailer definitely increased my confidence!”

17-year-old Suzume’s journey begins in a quiet town in Kyushu when she encounters a young man who tells her, “I’m looking for a door.” What Suzume finds is a single weathered door standing upright in the midst of ruins as though it was shielded from whatever catastrophe struck. Seemingly drawn by its power, Suzume reaches for the knob…

Doors begin to open one after another all across Japan, unleashing destruction upon any who are near. Suzume must close these portals to prevent further disaster.

The stars
The sunset
The morning sky

Within that realm, it was as though all time had melted together in the sky—

Guided by these mysterious doors, Suzume’s journey to close doors is about to begin.

[…] Crunchyroll recently announced today that tickets for Dragon Ball Super: SUPER HERO, the newest film in the global anime blockbuster franchise, are now on sale in the United States and Canada at Fandango The film will be available in both English dub and subtitled and will arrive in more than 2500+ theaters in North America on August 19. The film will also be released in select U.S. based IMAX® theaters. Tickets are also now on sale in the United Kingdom, Ireland, Australia, and New Zealand. Ticket-on-sale dates and openings for global territories are available here. Crunchyroll and Toei Animation also unveiled a new trailer for the film. […]