Last February, Nippon Ichi Software released Spike Chunsoft’s Danganronpa: Trigger Happy Havoc for the first time for Western audiences. Right after release, they announced that they would be bringing over the sequel as well. Fast forward 6 months and here we have it: Danganronpa 2: Goodbye Despair. It’s apparent that the localization teams at NIS know what they’re doing, as the short span of development time did not hinder the translation in the slightest. First and foremost, if you haven’t played the first game, I do recommend that you go and play that first. The sequel is totally its own self-contained story with new characters, however, majority of the references and little tidbits here and there will only be understood by those that played the first game.

For those that stuck around anyways and are still unaware of what the series is about, Danganronpa 2 takes place on an almost innocent school field trip to Jabberwock Island. The students of Hope’s Peak Academy think they are having a nice vacation with their loving rabbit principal until a certain bear villain appears and causes absolute mayhem. Without spoiling anything, the 16 students’ fun in the sun quickly turns into a messy bloodbath. Entitled the ‘Killing Game’, the students are forced to murder someone and then get away with it if they wish to leave the island and go back to their normal lives. However, these aren’t your normal students as all are ‘Ultimate’ students, being the very best at whatever gift or talent they have. 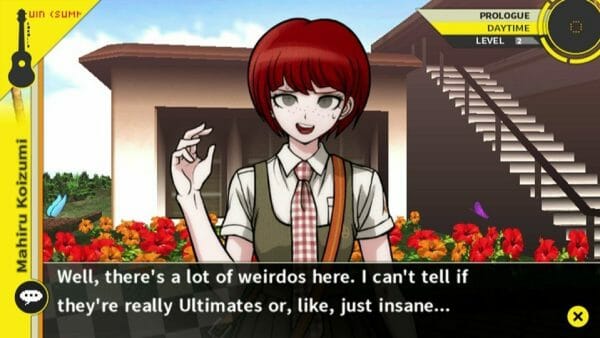 Despite not being a huge fan of the first game’s story, my favorite part had to be the characters. But Danganronpa 2 goes above and beyond having a cast of lovable and unique individuals. Like the first game, there are your typical anime tropes, but the struggles and adversities these characters face mold them into people that you can root for. Spike Chunsoft crafts the cast from some digital creation into living and breathing people. Unlike Trigger Happy Havoc or Capcom’s Ace Attorney series, I could pity and sympathize with almost every single murderer throughout the games 6 chapters. Their motives, inner conflicts, and regrets were apparent and real. None of the crimes were thrown in just to add extra game time. Instead, each and every scenario has a purpose and direct effect on the overall story.

Sadly, one of the most damaging aspects of the game is its setting. This sequel has a much more darker tone than that of the original game. The same old “breaking the fourth wall” and sadistically dark humor is present, but it takes a backseat to a much more serious and provocative story. It’s sad that the settings of the two games should have been switched, as the island does not lend itself well to the rest of the plot. The island has literally no purpose other than to provide a much larger setting than the first game (around 5 times larger), except in one particular case where it is used but only in the most remote way possible. 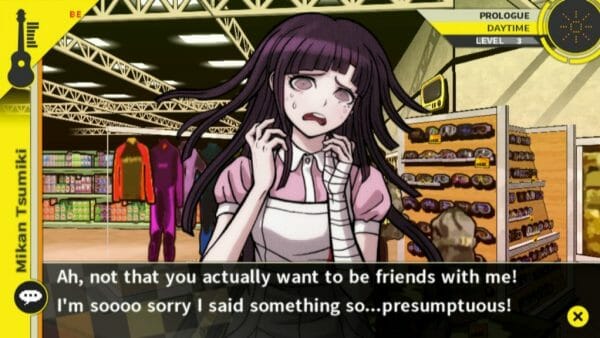 But the setting is far from the weakest aspect of Danganronpa 2, as that award goes to the gameplay. Each chapter is divided into two halves: the Daily Life and the Deadly Life. During the Daily Life, you will be progressing the story along, getting to know the characters more, and attempting to gather hope fragments. These fragments are obtained by unlocking more and more of each of the 15 other students’ backstories. Each character has 6 fragments and the actual fragments themselves are key in purchasing new skills and upgrades used in the class trials. Also new to the game is a leveling system. Each step, conversation, observation gives you XP, allowing you to level up all the way to 100. The higher your level, the more skills you can have and also the more your new virtual pet grows. The more steps you take, the more the creature grows, but you also to clean up the messes it leaves behind. The creature evolves into 6 different forms and you get a special prize should you reach its final stage. I won’t say much, but the entire game is littered with little minigames and special events that break away from the normal cycle of things.

However, when someone commits the ultimate sin of taking another human being’s life, the game switches into the Deadly Life. The entire purpose of this portion is to collect clues, investigate, interrogate, brainstorm, and figure out as much as you can about the case before the class trial begins. Here, the game shows its Ace Attorney-like inspiration, having you refute other people’s arguments, present evidence, and put all the pieces together through a series of interactive quicktime events. Unfortunately, the game falls apart here. The first game had this same issue, but it actually feels worse this time around. The controls are wonky and sometimes downright unresponsive. The system becomes increasingly unnecessarily complex as the game goes, causing me to become frustrated and stuck many times. The only actual entertaining and fun part is the new Logic Dive, where you do a snowboarding-esque psychedelic minigame that also involves answering questions. Sadly, that part only occurs two or three times per trial. The rest is extremely frustrating and the trials in this game all drag on longer than any in the first. Fortunately, each case is so crazy and smartly done that I was willing to suffer to see the fantastic writing through to the end. 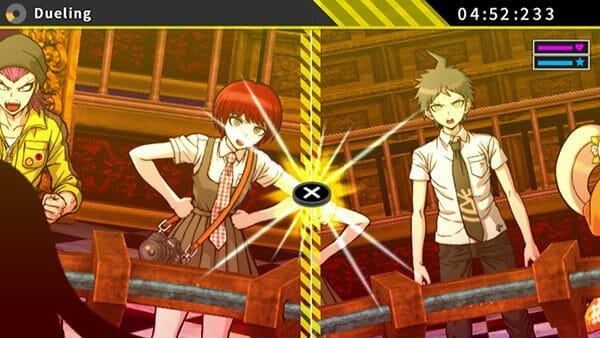 Overall, Danganronpa 2: Goodbye Despair could have taken more cues from games like Ace Attorney in the gameplay department, but there is no doubt that every other game could take cues from its writing. Any person that likes a good story should play this game. The pacing, characters, and murder mysteries are brilliant, all leading up to a climatic finale that unlike the first game is both satisfying and memorable. Spike Chunsoft took the foundation built from the first game and truly crafted something magnificent. With a story that takes around 35-40 hours to complete, along with 3 other modes unlocked afterwards, this is a game that provides just as much value as it does thrills. Just don’t give up during those quicktime events. 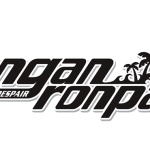