Delving Into the Wonders of the Ghost of Tsushima Soundtrack

by Ule Lopez
in Opinion
1

Ghost of Tsushima is a diversion for Sucker Punch Productions. The game takes a more serious tone compared to other games made by the company like InFAMOUS. This tone is clearly reflected in its soundtrack. The soundtrack of this game takes influence from Japanese instrumentation to bring a somber vibe.

Of course, there’s a lot to be said regarding the compositions of the soundtrack. While the full review of the game is still in the works, we can’t go out without talking about the magnificent soundtrack the game has to offer. Without further ado, let’s talk about the Ghost of Tsushima music.

The Tragic Hero and his Journey

Ghost of Tsushima’s music uses wind and string instruments for the majority of the tracks. The score of the game is ready to hit you in the feels as it produces an adaptive score that is equal parts powerful and relaxing. Every track uses cultural instrumentation to bring the massive world of the game to life.

You can tell the feeling Sucker Punch intended to convey as soon as the first track hits you. The Way of the Ghost is a magnificent introductory track that’s slow in the beginning but slowly amps up the ante with the use of percussion and strings. Of course, you can also hear this tragic vibe as the story of Jin Sakai and the people of Tsushima is told.

Speaking of this track, Ilan Eshkeri commented that this was one of the very first pieces he wrote:

“It’s all about how the people of Tsushima see him. He is their hero: strong, infallible, inspiring and full of hope, but what really fascinated me about Jin is the contrast of what is going on inside him. In order to save his home and the people he loves he must go against everything he was taught to believe in and break the code of the Samurai. Throughout the game, Jin is a character in deep emotional conflict and this, above all else, is what drew me to Ghost.”

I couldn’t have described this better myself. Jin’s journey is filled with tough choices and emotional conflict. This feeling can be conveyed by the tragic tones the song takes. You can tell that Ilan took some time to study ancient Japanese music to adapt the score of the game.” 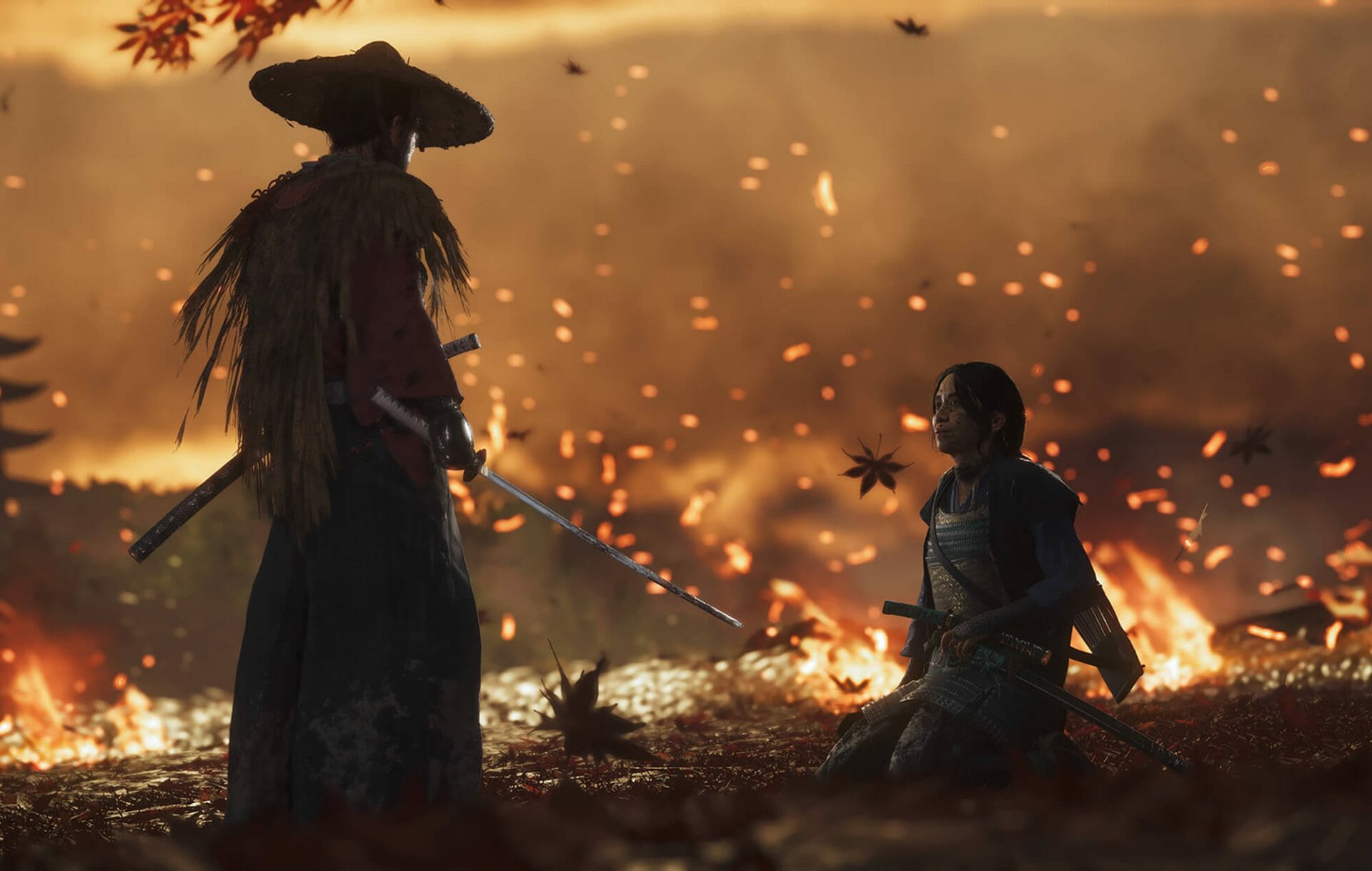 Talking a Bit About Composition

The soundtrack of Ghost of Tsushima uses instruments like the Shamishen to add authenticity to its Japanese setting. I loved hearing the melancholic feeling some of these tracks brought during the quieter segments. However, as the tension rises, the music becomes more aggressive.

This is done on purpose as the music was built around the player’s actions. Depending on the way the player addresses combat, the music will provide accompaniment. I love it when some sections also introduce Buddhist monks to chant alongside the score of the music. I can only imagine how well music can be used during gameplay.

One of my favorite instruments that are also more prominent in the soundtrack as a whole is the Koto. The 13-string Japanese instrument that pretty much screams “Traditional Japanese music”. The Koto is actually a magnificent instrument to play around with. Needless to say, it fits really well once mixed with modern orchestral compositions as Ilan Eshkeri showed us.

One of my favorite tracks, The Fate of Tsushima, has the instrument very subtly hidden within its composition. If you listen carefully enough, you will hear the Koto helping set each part of the song as the tension increases. Of course, other instruments such as the shakuhachi (flute) and the biwa (short-necked fretted lute) also have prominence during certain songs. 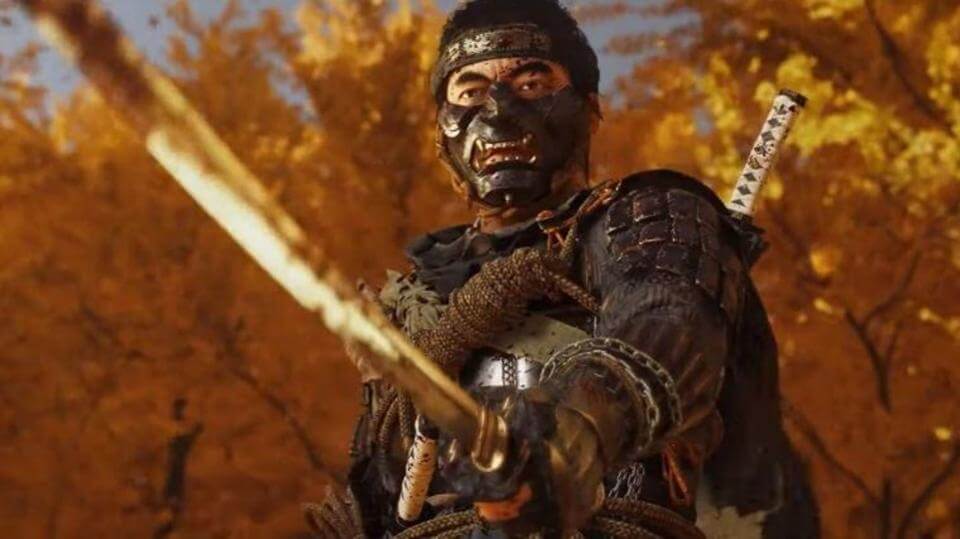 The soundtrack of Ghost of Tsushima takes a lot of cinematic stylings to help set the scene and make the game come to life. The nature of the soundtrack remains dynamic to adapt to the player’s actions and it shows. Alongside the set pieces, the musical score consistently elevates the action and aids Jin’s character journey.

It’s a score that’s equally powerful as it is tragic. When you’re fighting, you’ll hear those epic blockbuster moments build up. Meanwhile, when you’re experiencing “down times” while exploring or interacting with characters, you get this mournful feeling accompanying you. I think that this soundtrack is great to listen to if you’re into this sort of music.

While I haven’t played Ghost of Tsushima, I believe that the music is a great accompaniment for the set pieces. Now, will it help build moments of tension? That should be up for the reviewer to find out in the full review coming soon.

The full soundtrack was provided by Sony Music ahead of the game’s initial release.

What do you think about our short review on Ghost of Tsushima’s soundtrack? What are your favorite songs from the score? Have you played Ghost of Tsushima? Let us know your thoughts in the comments section below.

[…] Delving Into the Wonders of the Ghost of Tsushima Soundtrack […]