As the Nintendo Entertainment System ages gracefully into its 30s, so too does the gamer generation it spawned. So as these grown-up NES kids are making games themselves, we’ve seen a recent surge in purposely retro-style games. We’re just as guilty as every other generation when it comes to nostalgia-clouded reverence for our childhood, though. 8-bit graphics and chip tune music alone simply doesn’t make a great retro game and, truth-be-told, many of the 700+ NES titles were simply terrible. What made great NES games truly great were the developers who viewed the console’s limitations not as restrictive, but as motivation for creativity. After playing Shovel Knight, it’s apparent that this frame of thought is readily understood by the crew at Yacht Club Games.

Backers who helped the title reach its Kickstarter goal in just a few short weeks after its initial 2013 announcement should be happy to know that Shovel Knight delivers on its promise of an authentic NES experience. As a loving homage, the game openly cherry picks mechanics from the system’s greatest titles, including Super Mario Bros. 3, Mega Man, Ducktales, and Zelda I and II, to name a few. With its dedication to the original NES color palette and use of multilayered parallax backgrounds, the game’s visuals are on par with some of the best looking, late-generation NES titles. Coupled with a soundtrack by Jake Kaufman and Manami Matsumae (composer of the original Mega Man soundtrack), Shovel Knight pulls on pretty much every sensory heartstring.

The game tells the story of the legendary Shovel Knight’s quest to rescue his long lost companion, Shield Knight, from the clutches of The Enchantress and her Order of No Quarter. While purposely cliched and riddled with self-aware humor and inside references to both video game and geek culture, the simple narrative is quite touching and manages to paint the noble shovel-wielder as a bit of a tragic character, tormented by the loss of his beloved.

Stale repetition is the enemy of the modern retro-remake, but with it’s continual introduction of new environmental mechanics, every level of Shovel Knight feels fresh and new. Take heed though, Shovel Knight is tough, even by NES standards. Compared to modern games, it’s really, really tough! There are several sections that initially seem downright impossible, but thanks to the demanding learning curve, and the integration of modern fundamentals like reliable save files and a checkpoint system, victory is attainable. However, it would’ve been nice (at least in the 3DS version) if the game allowed for actual game saves at a checkpoint, instead of just restarting after dying. A tough boss battle with the added anxiety of a blinking red battery light is enough to make a nun drop a few F-bombs in public.

Shovel Knight does not feature a limited number of lives or continues, but instead takes a portion of your accumulated treasure when you die. Like Dark Souls, the currency, which is used to buy necessary uprgades, gear, and magic relics, can be recovered if you’re able to make it back to the where you died. This is far easier said than done, especially when your bags of lost currency are floating in an area impossible to reach without dying again. This devilish system does do away with an annoying life count, but watching your hard-fought, non-respawning treasure slowly dwindle down to nothing as you continually die adds maddening insult to injury. Luckily, you’re able to replay easier levels to grind for gold.

Adamantly sticking to the old-school formula, the controls are exceptionally responsive when it comes to platforming and are actually mapped with an NES controller in mind. While I do have a personal obsession with this iconic controller, even I admit that modern controllers have evolved for the better. In the heat of battle, it’s all too easy to unintentionally activate your equipped relic, especially when using the joypad instead of the D-pad. Luckily, this default controller setting can be changed, assigning relics to a shoulder button. While purists can pause the action to open the equipment menu via a button press, the option to equip different relics on the fly via the touchscreen is also a nice, modern inclusion.

Aside from accomplishing “feats” (in-game achievements), a limited Streetpass mini-game, and the expected New Game Plus mode, there currently isn’t much else to do after completing the lengthy campaign. However, being the swell guys they are, Yacht Club Games has announced free upcoming DLC that will include Battle Mode, Challenge Mode, Gender Swap and playable bosses.

Made by a team that clearly loves and understands the 8-bit era, Shovel Knight is one of the best NES games to never to actually grace the NES. Although it’s few flaws and demanding difficulty may turn off some, the excellent pacing, tight platforming, and self-aware humor makes Shovel Knight a title gamers of all generations can dig. Sorry, I had to make at least one dig pun.

Shovel Knight is available now for digital download on Windows, Steam, 3DS, and Wii U for $14.99. This review was based on a 3DS review copy. 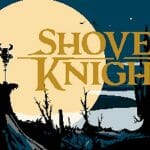 Sharpen Thy Shovel: A Chat with Yacht Club Games

[…] last month for the crew over at Yacht Club Games to realize they had a hit on their hands with Shovel Knight. To the delight of its backers and critics alike, the game more than delivered on its Kickstarter […]