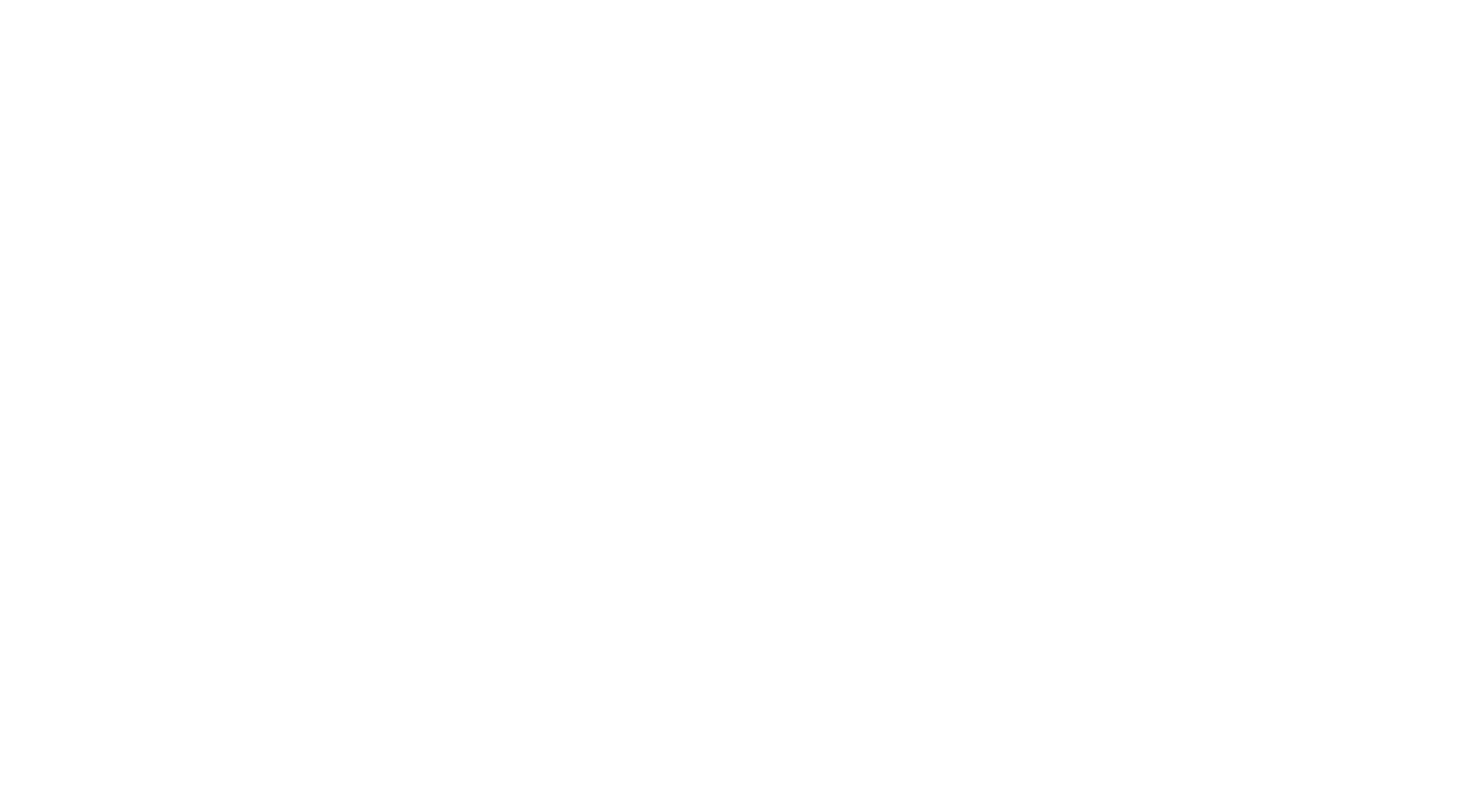 Some strategy-RPG’s feature an in-depth story of political intrigue, betrayal, and tragedy. Some intimidate the player with features like permadeath. Disgaea 4, however, is none of those. Instead, y0u’ll find a light-hearted, nonsensical story coupled with grinding like you’ve never seen it before. A port of the 2011 PlayStation 3 game, Disgaea 4: A Promise Revisited aims to bring the console-like RPG experience to the palm of your hands. For the most part, NIS have succeeded in transferring A Promise Revisited from your television to the PlayStation Vita, even including two brand new campaign episodes and over 50 pieces of DLC all alongside the original game. 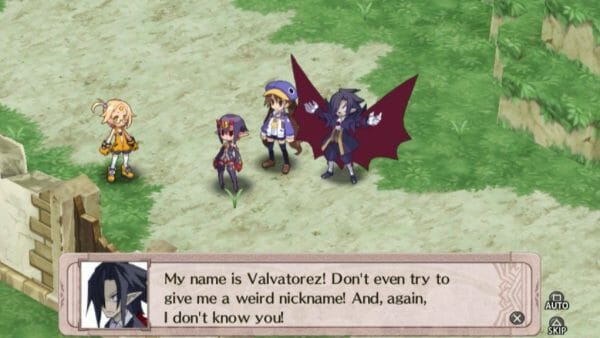 The base game itself will keep any gamer satisfied, with the initial campaign alone taking a minimum of 30-40 hours to complete on your first playthrough. Politics is the focus of this entry in the franchise, with the main story following the former tyrant, Valvatorez, rebelling against the president of the Netherworld. Don’t let the premise fool you, as the story is actually far more tongue-in-cheek and quick to break the fourth wall. For anyone unfamiliar with the series, this is a game where the evil government is called the Corrupternment and “dood” is the proper greeting for just about anyone. Any gamer bummed out by the heroic space marines with a tragic back-story and nameless orphan turned chosen one, can find welcome reprieve in Disgaea 4. It’s also good to note for hardcore JRPG fans that both the English and Japanese voiceovers are available to choose from and the English is actually surprising well-done, with talented actors like Troy Baker lending their voices to the diverse cast. The story is even self-contained so that someone that hasn’t played the previous entries (like me) can jump right in and partake in all of the giggles.

However, the difficulty and sheer depth isn’t nearly as welcoming towards newcomers. Taking place in grid-based levels, Disgaea 4 is a strategy-RPG through and through, much like Final Fantasy Tactics or Fire Emblem. However, it is not as simple as just moving your party around and trying to outsmart and defeat the enemy. There’s upgrades that can be administered mid-battle, pets that be combined with others to form more powerful and bigger monsters, and even an entire political system. The name itself gives away its purpose. The Cam-Pain HQ, as it is known, allows you to turn your party members into politicians, create a Cabinet, and then host other players’ characters that grant you different bonuses, using wifi. The system can be a pain due to its complexity, but the feature, which is similar to the Streetpass and Spotpass found on the 3DS, can be pretty useful if the player is willing to take the time to understand it all. 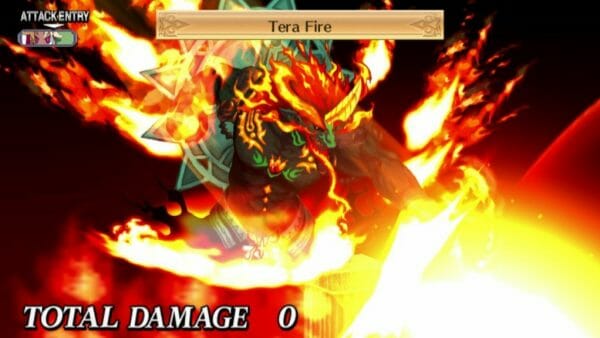 Most gamers won’t have the time to, however, as there is already so much to do. Even after beating the main story, you can keep playing the game and leveling up as much as you want. Everything in Disgaea 4 revolves around grinding and more grinding. One of the most disliked features of RPG’s is grinding, so naysayers will want to steer clear of this game. The benefit is that the developers decided to implement grinding in such a way that this can be a game that you can keep on playing for basically forever. Like almost all RPG’s, there is a level cap, but not just any: you can actually level up all the way to 9999. While that itself sounds very intimidating (not to mention time-consuming), even if you do happen to reach that level, you can always reincarnate your character and start back over, keeping your stats. Being overpowered is not something to worry about though, as the game will continue to scale enemies so that there is always a challenge no matter what.

Thankfully, the graphics remain intact from the home console version. Anyone that picks up the game can admire the game and its colorful backgrounds and sprites in full HD glory as A Promise Revisited was not watered down in any noticeable way for its portable release. While everything remaining exactly the same as it was on PS3 can seem like a good thing at first glance, this unfortunately causes some drawbacks on the technical side of things. The frame rate, loading times, and lag can start to all become a drag, specifically on maps where there is a lot going on. This wasn’t too common of an occurrence and definitely not game-breaking, but still very much a nuisance nonetheless. Also, being as this was originally a game meant to be played for hours on end, it doesn’t lend itself well to the portable gaming culture. Whereas most handheld games are designed so that it can be played for 10 or 20 minutes at at time, Disgaea 4 has many levels and battles that far beat that in terms of length. That would be fine if you could simply save at any point, but there is no way to do that. This means having to put your Vita into sleep mode to suspend the game until later, which is also fine if your battery has a nice charge or your charger is nearby, because otherwise it can mean losing all your progress since your last save. 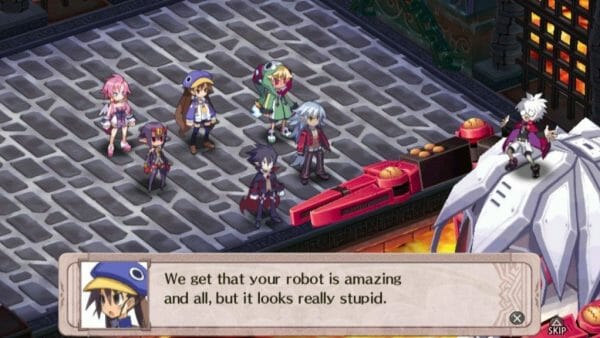 Overall, Disgaea 4: A Promise Revisited is an exact port from the PlayStation 3 to the Vita, which includes all the beauty and flaws. Fans of RPG’s, grinding-lovers, or just someone looking for something less emotionally draining, can find hours and hours of in-depth strategy goodness here. However, gamers that want something more “mature” or get bored easily with repetition should look elsewhere. But for the group this game was made for, there will be no doubt that you will get all the bang for your buck, so long as you are willing to keep coming back time and time again. 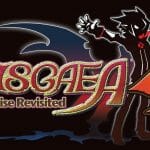