Intentional disconnects are not a laughing matter 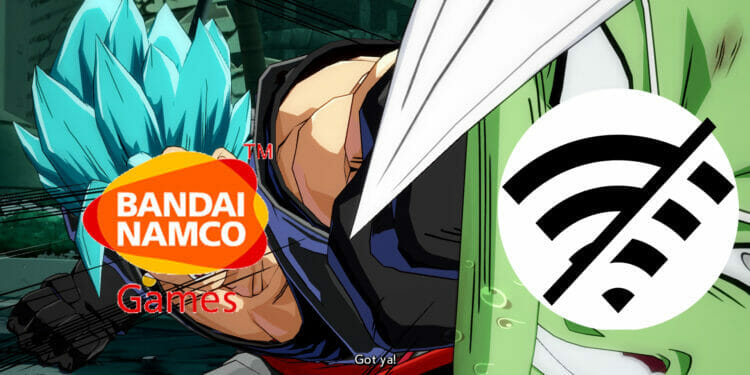 Dragon Ball FighterZ has had lots of news divulged over the course of the past couple of weeks. New information includes a multi-region tournament series, an upcoming balance patch, and Master Roshi’s reveal as the next DLC fighter. There’s been a bit of something for everyone for the game lately.

That said, players were greeted to a new message at the Information NPC today. It reveals that punishments will start being handed out for those that like to rage quit before finishing matches (full message shown below). So, what exactly does this Dragon Ball FighterZ update mean as a whole? Let’s discuss it. 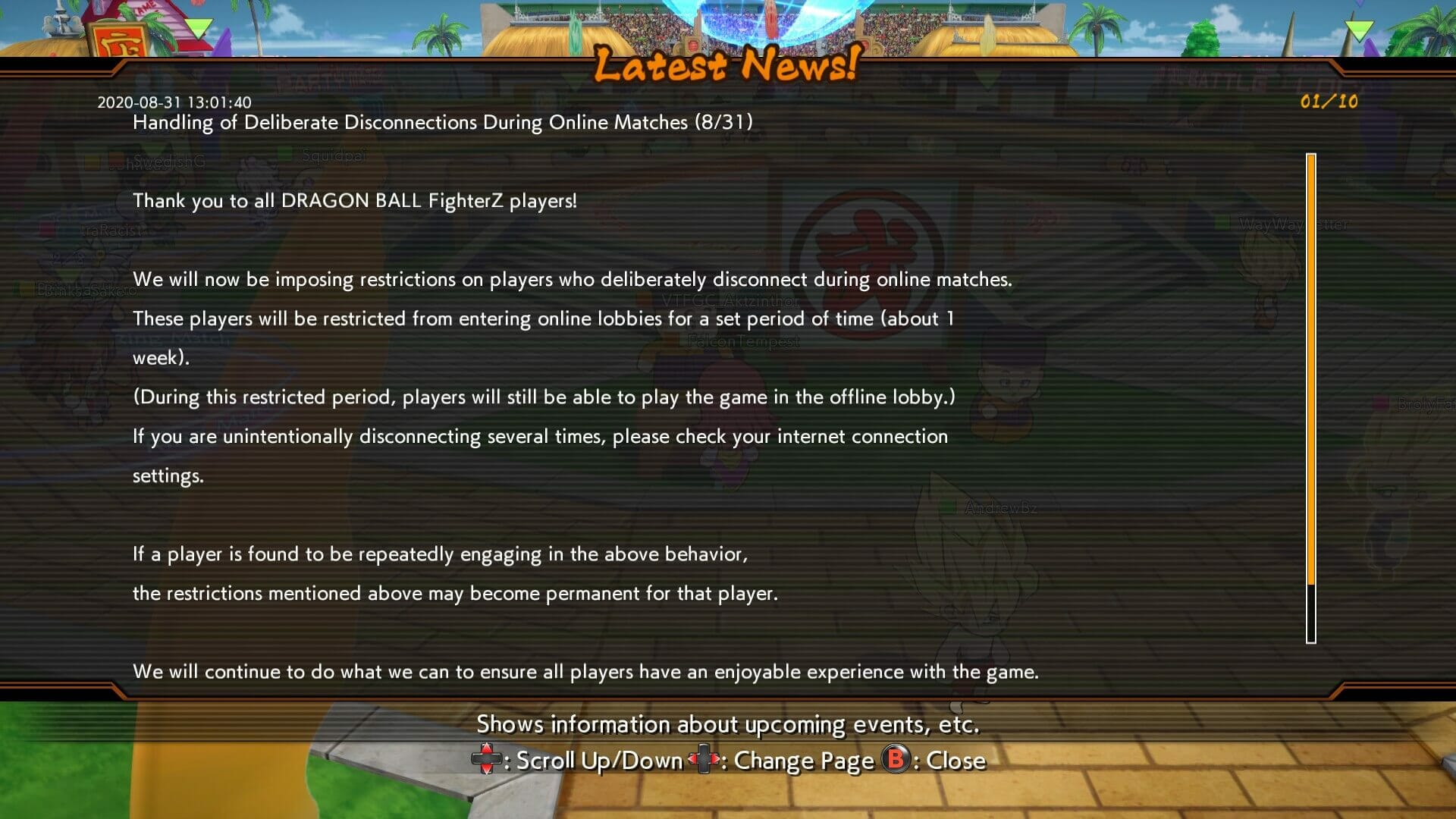 The addition of rage quit penalties adds a new look for the online matchmaking. Players get a faint sign of what the opponent might do at the match found screen. This is because of three icons; Follow List, Marker List, and Match Completion %. The first two don’t matter as much as the last, however.

The Match Completion % icon is represented in purple. It’s displayed when your opponent has not completed a majority of their online matches. From what I’ve played, this icon has proven to be somewhat accurate. Most people I’ve fought with that icon will either immediately leave after winning or rematch only if they’ve won. However, if they lose, they leave before the match actually shows the results screen. 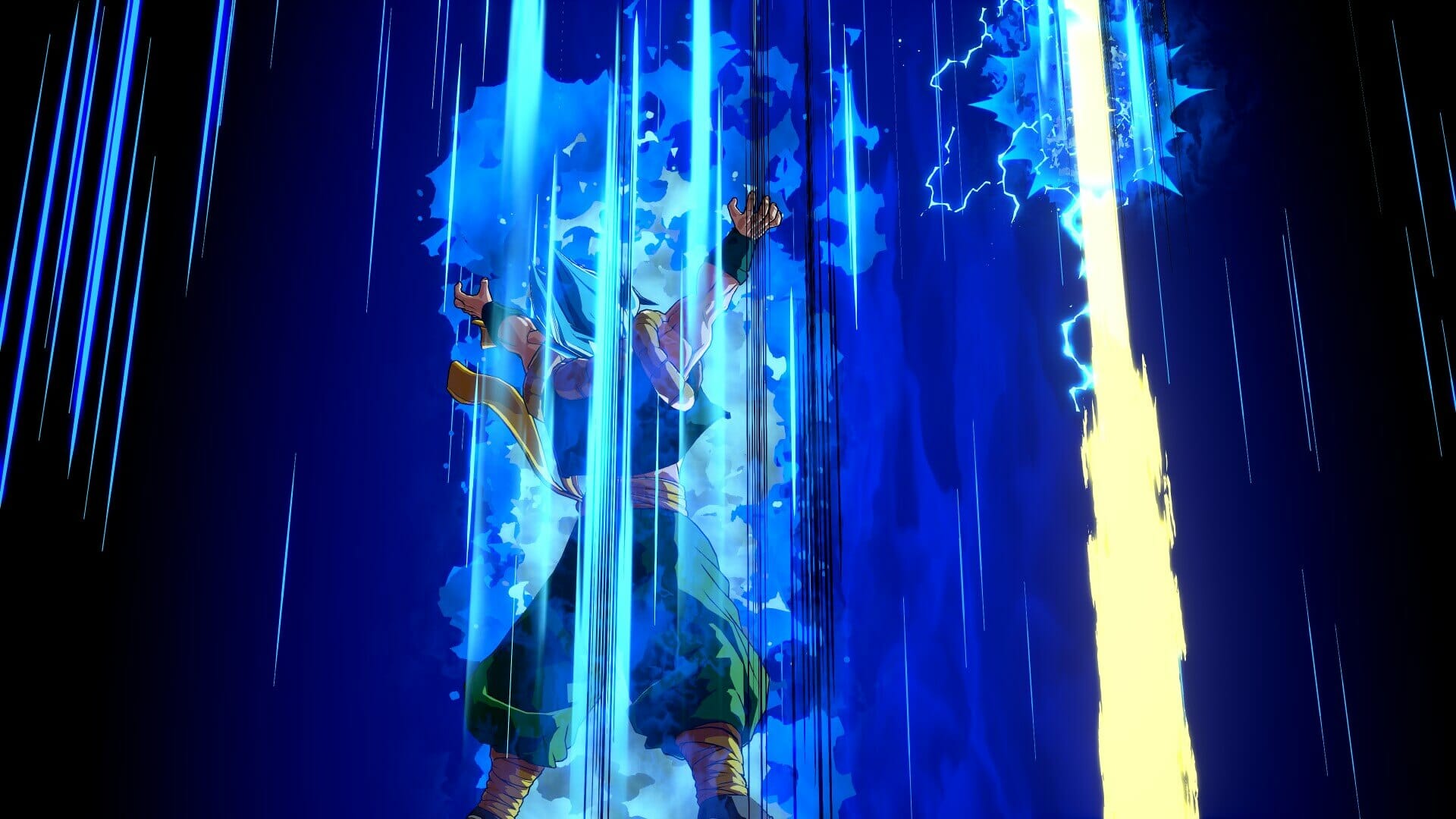 These punishments will start at a week-long ban from online matches and lobbies. Once that expires, the player can reconnect and play normally. It can be assumed that these punishments can be eventually permanent, as they’ve also warned players that they should check their network connections to ensure stability.

Will this gaming news actually lower the frequency of intentional disconnects? Only time will tell if that’ll be the case. Dragon Ball FighterZ is out now on PlayStation 4, Xbox One, Nintendo Switch, and PC via Steam.

What do you think about the Dragon Ball FighterZ update to rage quit penalties? Do you think they’ll serve as effective punishment? Are you hoping for further changes to online play? Let us know your thoughts in the comments section below.

If you like our Dragon Ball FighterZ content, be sure to read our Dojo Mode review here.