As someone that has loved the Dragon Ball Z franchise having grown up with it, I had played most of the previous Dragon Ball Z titles. From the Budokai games, to the Budokai Tenkaichi games, and finally the last one I played was the first Raging Blast. I eventually got really tired of playing the same sagas over and over again, since the games never really changed the base story that was Dragon Ball Z.  Dragon Ball Xenoverse however, is a completely original story with familiar elements from the series, and an awesome game that is everything a fan of Dragon Ball could want.

The game’s story is based off of the extensions to the Dragon Ball Z universe that they added in Dragon Ball Heroes, and Dragon Ball Online; two games that were Japan exclusive that never saw release here. The basic premise is that you are part of the Time Patrol, a group of warriors that exist outside of time in order to make sure that history isn’t distorted, or corrupted. Since you can be almost anyone in this game, it gives you the option to make your own character derived from the races in the DBZ universe, such as Human, Saiyan, Namekian, Frieza’s Race, and Majin.

Now, if you don’t have any idea on why there is a Majin race, or how you can play as one of Frieza’s Race let me explain: Frieza’s Race is not primarily evil, even though Frieza certainly is. Because of this there, are many of his race that are heroes, and even then, Frieza doesn’t want time to be destroyed, so you have the option as playing one of them. Majin are pretty easy to explain: Basically at one point later in the series, Buu wants a mate, so he creates one out of pieces of himself, and then they learn to reproduce, thus the Majin race became a thing. I think it’s pretty cool how you get the option of playing all these cool races from the DBZ universe, and it really makes it interesting that you get to design your own fan character and give them any moves you can get throughout the DBZ universe. Although, I wish there was a way you could design your own attacks as well, but the variety of moves available to you is impressive all the same. 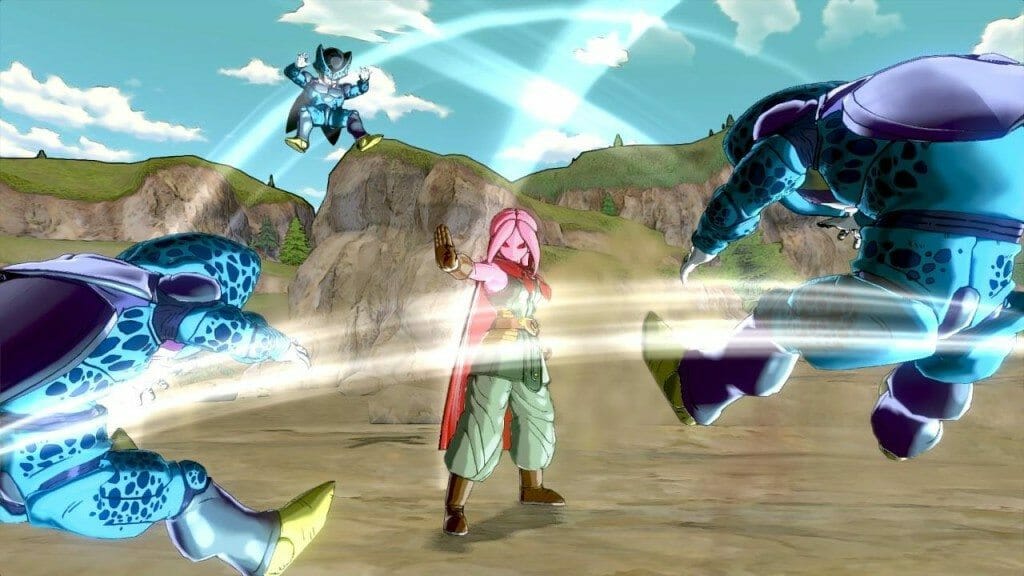 As with all the current DBZ games, the battle system has received some revisions with the 3D battlefield remaining, but the combo system and the way special attacks work changing. Special moves like Kamehameha use Ki from your ki bar, as well as build up from landing physical blows on your opponent, or using Energy Charge, which ends up taking a special attack slot if you’re using a fully beam oriented character. On the other hand, your physical dodges and physical moves use stamina, which is represented by a green bar, and recharges over time. As long as you have stamina, you can teleport out of any basic attack combo, but not most beams, making stamina for physical attacks, and ki for everything having to do with beams. It’s a really simple, yet hard to master system, and there are a lot of tricks that aren’t apparent when you try it for the first time, but become so after using it for a while.

The game doesn’t have a traditional menu, as after your create your first character, you’re brought to Toki Toki City–the hub to everything that you can do within Dragon Ball Xenoverse. Toki Toki City is divided into 3 central hubs: The Time Plaza, which has the Story Mode, as well as the World Tournament. The Time Machine Station, which contains the Parallel Quests. These are small missions that you can do for items and armor, as well as money and experience. These can be done solo with computer allies, or online with other people. It also contains the Versus terminal, where you can have matches offline with computers and local players, or online with random people with up to 3v3 battles. 3v3 is a first for DBZ, as most games before it only allowed 1v1 battles. These are chaotic–as to be expected–and fun, although, like most fighting games, it will be hard to come back once you’re down, but Xenoverse’s combat system makes it surprisingly fair and skill based. 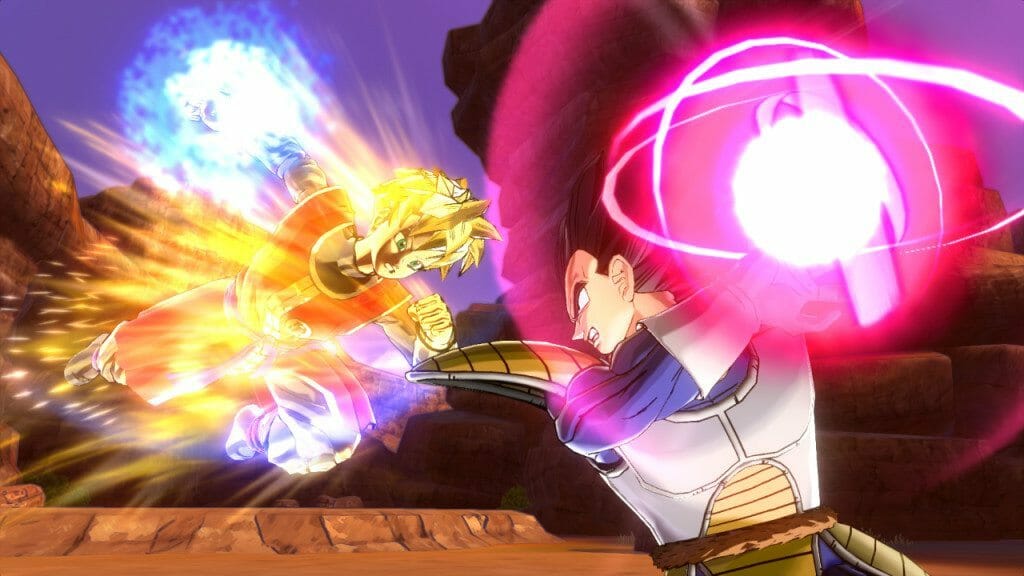 The last area in Toki Toki City is the Industrial Sector, where the item and armor shops are located. This is where you will purchase armor upgrades for your characters, along with accessories and items that you can use in non-PVP battles. Most of the items are callbacks to other DBZ characters and parts of the series, but a few are unique to the game. You can also use the color customizer to make the armor whatever color you want it to be. In addition to armor customization, you can also edit your different special moves and your character’s attributes. Your character is fully customizable and gains points as they level, letting you customize them in whichever way you feel is your ideal fighting style.

You can put points into KI and Beam Specials, to make your character a long range threat, or Stamina and Physical Damage, to make your character a rushdown physical brawler. However you decide to design your character is up to you, and that’s what makes Xenoverse so unique and fun to play: The variety of characters you will see from other people, as opposed to the weakness of old DBZ games, where people would only pick the strongest character possible in the roster.

The game’s story is unique and interesting as well, showing off characters that will likely be new to those who didn’t get the chance to check out the previous Japanese only titles. The Supreme Kai of Time is a firecracker, and foresees all of time. It deploying the Time Patrol when irregularities occur in time so that they can be corrected. Trunks is also here as well, since time traveling is kind of the thing he does. Towa and Mira are also new to most American DBZ fans, as they have only been shown in DBZ Heroes and Dragon Ball Online. They are the main villains of the game, and the ones responsible for messing up the time stream. The best thing about Dragon Ball Xenoverse’s story though, is how if fits within the DBZ continuity and how it never interferes with future events. Since the story takes place in a location outside of time, they can get away with almost anything and call it canon. This gives the story all the room it needs to do whatever it wants, and really cut loose with it while still retaining the DBZ storyline for future stories. It’s really awesome how such a simple idea opened so many possibilities for the game itself, and is what makes Xenoverse so unique and awesome as a game. 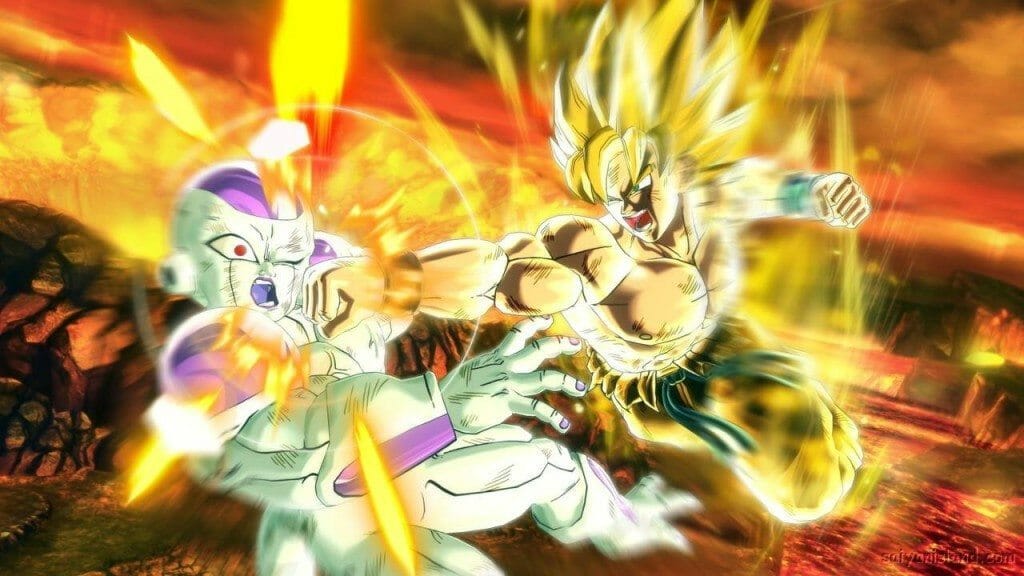 Dragon Ball Xenoverse is the Dragon Ball Z game fans have been looking for, and adds many fan requested features to the mix, like 3v3 battles and fully customizable characters. The games story, while simple, was interesting and for once, not the same DBZ saga replayed for the nth time. The game’s combat is skill based and balanced between two opposite types of combat, with both being perfectly balanced, as well as being simple enough players can pick it up easily. Being able to create your own character and customize it like you want was also a huge addition to the game, and helps players make the character they want to play rather, than just picking SS2 Gohan or Gogeta. Dragon Ball Xenoverse is the ultimate DBZ fan game. With customizable characters, a skill based combat system, 3v3 online battles, and more DLC on the way, I recommend Xenoverse to any diehard DBZ fan that has put off getting them in recent years, or just wants to get back into the series. 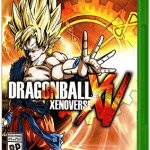