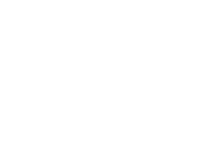 3DS gamers who are eagerly awaiting the release of the next version of Flipnote Studio for the 3DS will have to wait a while longer as Nintendo has confirmed that the game will not be coming to the eShop on its previously stated release date.

The game was originally planned to be released “early August” until the official Nintendo UK Twitter account announced that the game would be delayed saying:
“We regret to announce that #Flipnote Studio 3D will be delayed in Europe, as we try to provide the best possible service.”

The company then continued the statement, tweeting:
“…We apologies for any inconvenience caused and hope to announce a new #Flipnote Studio 3D launch date as soon as possible.”

Were you looking forward to Flipnote Studio 3D?

ASDA No Longer Stocking Wii U Games Or System