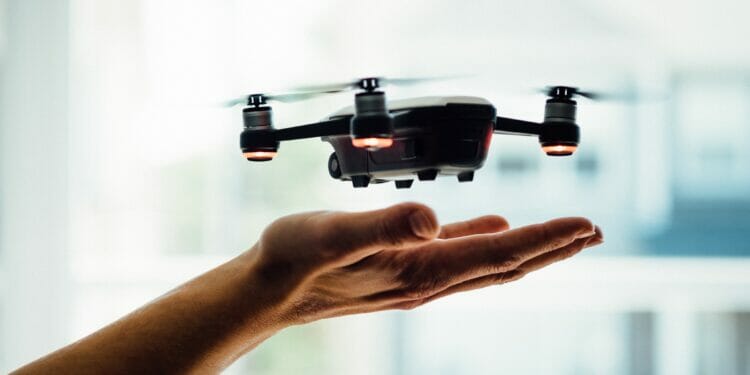 Drones usually come with their own controllers. But companies in the space are increasingly allowing customers to fly their drones using nothing other than their smartphones in a move that is proving extremely popular. DJI, for instance, already allows people to control drones from their portable devices, with many other brands currently working on similar projects.

Setting up controls on your phone is relatively easy. You simply go to the app store and download the relevant app for your make and model. You then go to your phone settings, set up WiFi communication, and you’re ready to go.

Once you download the controls onto your smartphone, they look similar to the regular controller. Some apps provide multiple configurations, allowing you to set up your controller in the way that you would like. Many also feature a handy “start” button that you can use to remotely activate your drone, preparing it for flight.

Controlling a drone from a phone or tablet doesn’t have quite the same feel as doing it from a regular controller. You’re not using mechanical buttons (which some users may find annoying). But it is extremely convenient and it avoids the need to carry heavy controller equipment around with you.

Why Are People Controlling Drones With Their Portable Devices?

Given that most drones already come with controllers, it seems strange that drone users would be so keen on controlling drones from their smartphones. However, it’s all to do with the nature of the technology. Many companies, for instance, supply regular controllers that need to connect to computer devices to adjust their settings. So it makes sense to move control technology onto mobile devices directly and avoid the middleman, so to speak. It means that there’s no longer any need to carry a dedicated controller around with you whenever you want to use a drone.

So what are the reasons people are using smartphones and tablets to fly drones?

It Turns Flying A Drone Into A Gaming Experience

Ultimately, everybody wants to have fun. And drones are a piece of technology that makes that possible. Flying a drone feels like a mobile gaming experience. You’re on your handset using your phone’s touch screen controls to fly a drone.

Some apps show you a live visual feed of your drone overlaid on the controls so you can see your drone’s eye view in real time. It’s fun and interactive.

Flying a drone without a controller is also more convenient. Granted, most drone controllers are neither large nor heavy. But they still take up room in your pack which can be problematic if you’re going for a long hike. Smartphone controls, however, let you leave the controller behind and just take the essential equipment that you need with you. You don’t have to carry around any extra weight, allowing you to take advantage of any other lightweight gear you bought in the past.

You also avoid the problem of accidentally misplacing your controller. When you leave it at home, it is one less item to worry about on an expedition.

People imagine that controlling a drone from a smartphone would be difficult because of the lack of mechanical buttons. When you use a touchscreen, you’re not physically pushing any levers or dials. However, many drone enthusiasts are surprised to find out that controlling a drone with their portable devices is surprisingly easy. It’s just a question of getting used to it.

Once you master the touch required to use your smartphone to control a drone, it gives you a confidence boost. You find that you’re able to perform more daring maneuvers than you could before. And that allows you to have more fun and take better shots.

Easier Use Of Data

Pulling data and diagnostics off a drone used to be a long-winded process that involved connecting the unit to your computer. But once you start using phones, that all changes. Many apps allow you to pull data instantly from your device and analyse it in real-time. So, for instance, if you’re using your drone to take images, you can download these instantly over your WiFi connection instead of having to fiddle around later.

How To Fly Your Drone With A Phone Or Tablet Well 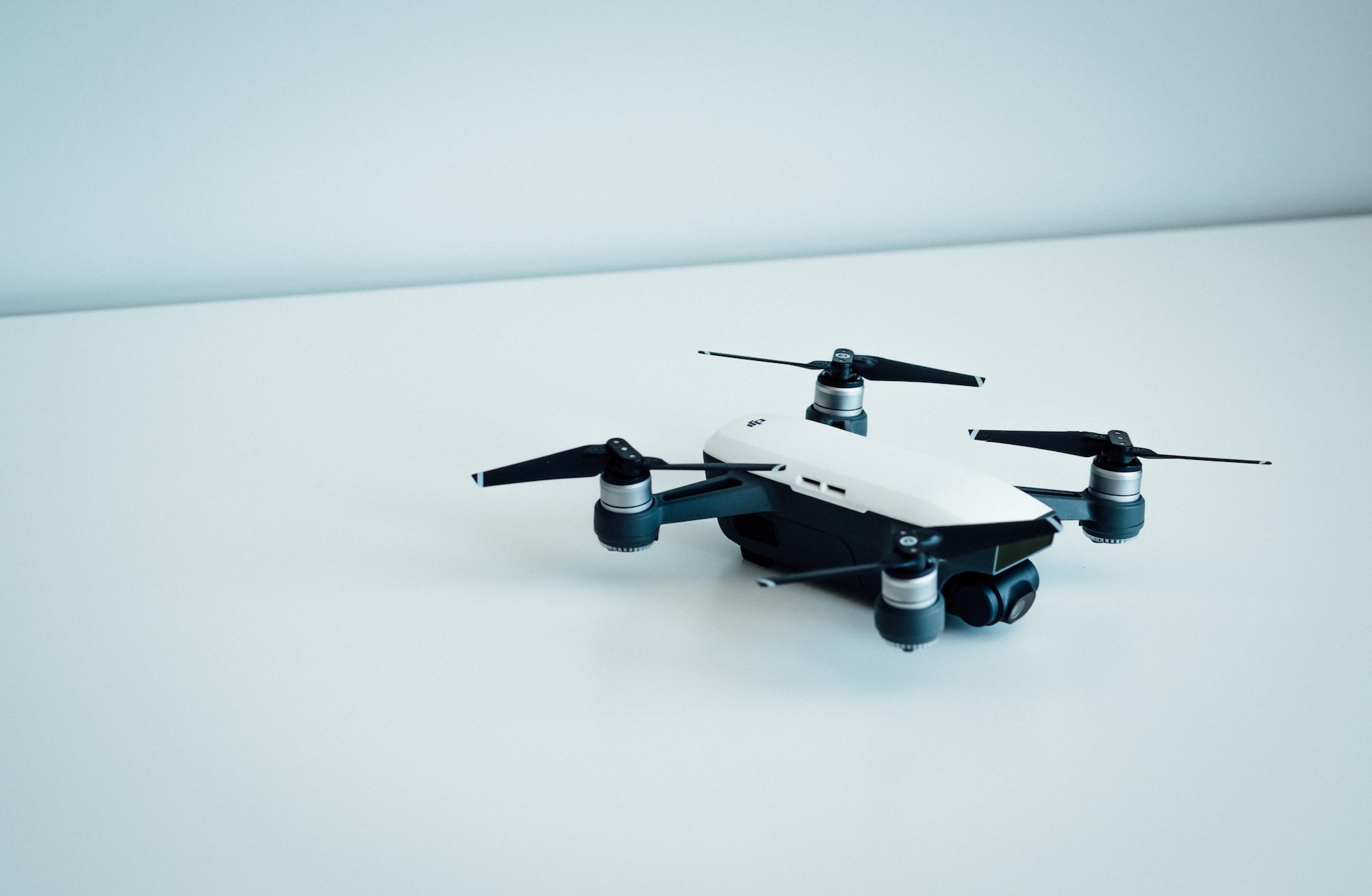 Flying a drone like the Mini SE with a phone or tablet requires having the right approach and skills. Here are some tips for success:

Practice Flying In A Controlled Environment

If you’re new to controlling a drone with your phone or tablet, you’ll need to practice in a safe environment. Get to know the basics first and how the controls work before moving onto more complex environments. Avoid any areas where your drone might be at risk of crashing or colliding with other airborne objects.

Carry A Drone Controller With You

Controlling your drone with a phone or tablet can be a lot of fun, but there’s a downside: portable devices can run out of battery. Many drone enthusiasts take a controller with them just in case this happens. This way, they have a backup when things go wrong – which they probably will!

Keep A Spare Battery With You

On a related note, it’s a good idea to bring a portable charger or spare battery with you when flying a drone. Apps that control drones require a surprisingly large amount of energy to run. That’s because they have to communicate with the drone via WiFi (or Bluetooth) and run the backlight at full intensity if you’re outside in the sun.

A spare battery gives you more options. It’s especially good for when you’re going hiking and don’t have access to mains electricity.

Fly When You Have Plenty Of Battery Remaining

If your phone runs out of battery mid-flight, it could spell disaster for your drone. You might not have any way of bringing it out of the sky safely!

To prevent this, always check your drone battery before flying. Make sure that you have enough left to bring it back to where you are standing. If you don’t have sufficient power, you could potentially lose it.

Smartphone controllers tend to have a short range. This means that you can’t fly them long distances away from you. If you try, you may exceed the maximum range for your device.

If you plan on flying a long distance, you are usually better off using a dedicated controller. Usually, controllers have a greater range than traditional WiFi controllers.

Connecting A Drone To Your Device

Connecting a drone to your device is relatively straightforward. Vendors make it easy.

Start by going to the App or Play store, depending on which device you have. Then look for the dedicated app for your particular drone. Ignore any generic apps unless your drone brand doesn’t offer an app of its own. Then download it onto your phone.

Once you have the app, go to your device’s connectivity settings and connect the drone to the WiFi network. You should be able to do this in regular device settings and WiFi settings. Here you’ll be able to see all the different networks that you can join when your drone is powered on.

Once you’ve done that, your drone and your mobile device should synchronise. You’ll then be able to complete any setup procedures or calibration for your drone in the app itself. Options may include things like touch control sensitivity and rotor speed.

After that, your drone should be ready to fly from your smartphone or tablet.

Controlling Your Drone From Your Tablet Or Smartphone 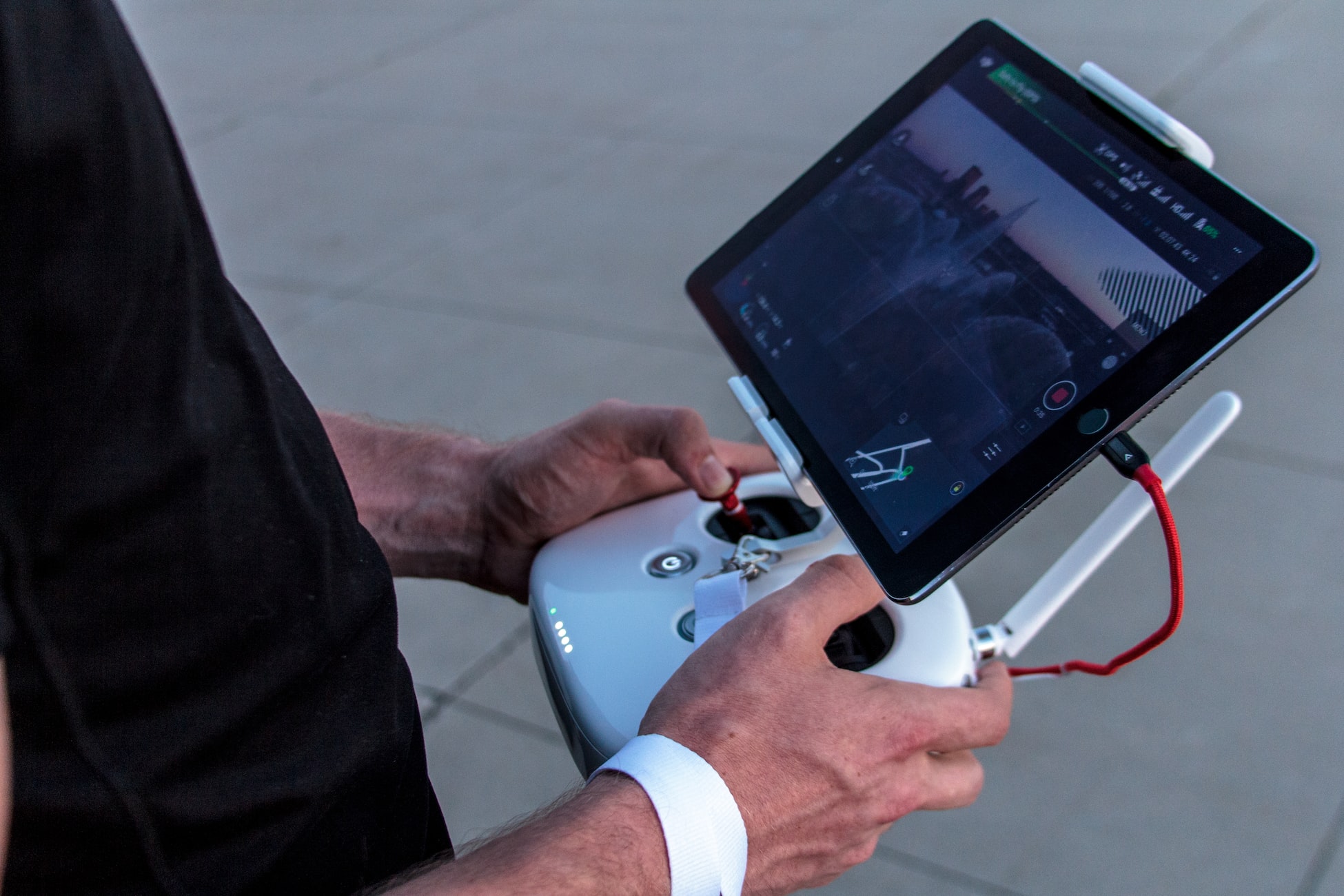 Controlling your drone from a smartphone or tablet is easy once you connect the devices to each other. However, you may experience a slight delay when connecting via WiFi. It can take a small amount of time to route signals from your portable devices, through your router and then on out to the drone itself.

Whether you’ll be able to genuinely fly your drone using an app on your smartphone depends on the manufacturer. Some brands don’t actually allow you to fly the vehicle from the app. Instead, the app is just there to make it easier for you to collect data and manage your media. Other drone manufacturers, like DJI, for instance, do allow you to control your drone using joysticks. These look very similar to the joysticks that you would find on a regular controller.

Controlling the joysticks is a little different than using a regular controller. You’ll need to use the end of your finger to swipe in various directions, telling your drone which way you want it to go. This process can take a little time to get used to, especially if you are used to a regular controller. But eventually, the sensation should appear normal to you. If you’ve already played mobile games on your smartphone or tablet, then you should be aware of how it feels.

So, there you have it: how to fly a drone from your phone or tablet – and why it is becoming more popular. Is it something you will try?

3 Tech Developments on the Horizon for the Online Casino Industry

Ways You Can Improve Your Gaming Experience