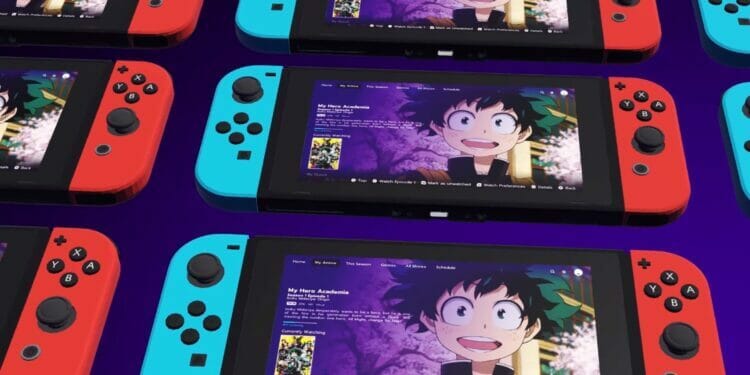 Funimation recently announced its services will now be available on Nintendo Switch. With Funimation now on Nintendo Switch, it’s no longer necessary to put down the gaming console to enjoy your favorite anime. Simply click on the Funimation App, browse and enjoy hundreds of titles including global hits My Hero Academia, Attack on Titan Final Season, and One Piece, to fan favorites Naruto and Megalobox, and classic anime including Cowboy Bebop and many, many more.

You’ll never put it down again. Anime arrives on the Nintendo Switch for the very first time via the refreshing new look of the Funimation App. Coming tomorrow! @NintendoAmerica

Funimation is available on Nintendo Switch in the U.S. and Canada with plans to expand to the United Kingdom, Ireland, Mexico and more countries in the coming months.

Kaliel Roberts, Chief Product Officer had this to say regarding the news:

“We will always go where the community wants their anime, and Funimation is 100% committed to listening to and servicing fans on every platform. When Nintendo Switch was a possibility in front of us, we were a resounding ‘absolutely’ with the opportunity to further serve fans, our teams approached the partnership with a shared goal to create a uniquely engaging app experience built for anime fans.  That passionate approach paid off with a compelling and immersive touchpoint that was purpose-built specifically for our audience.”

Do you own a Nintendo Switch? Are you a Funimation subscriber? Let us know your thoughts in the comments section below.