BagoGames > Articles > Opinion > Game Over: The Ruination of Gaming

Game Over: The Ruination of Gaming

Many are responsible for the ruination of gaming.. 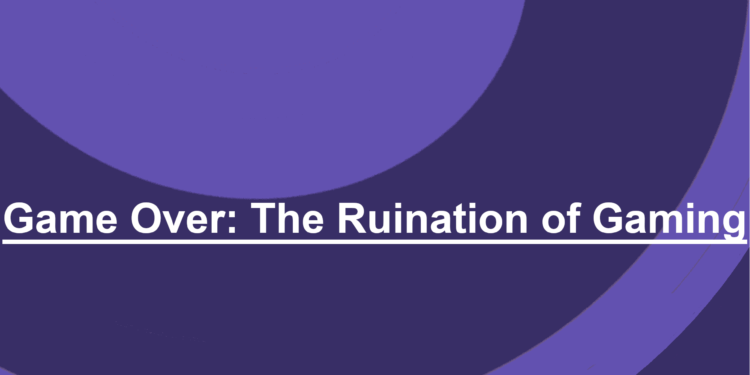 One can easily see the issue of quality within the gaming industry and the video games produced by said industry. Initially, game developers endeavored to produce products that showcased the quality of effort coupled with the need to deliver improved gaming experiences to gamers.

However, this waned over the years as developers became established and their games whether once-off or ongoing titles turned into multi-million or billion-dollar pursuits supported by fans with loyalist tendencies.

These aforementioned realities coupled with various factors led to the current downward trajectory of gaming, as the gaming industry no longer prioritizes quality and delivering worthwhile gaming experiences to gamers as they now prioritize monetary gain.

Within the gaming community, one finds the casual and hardcore. Unfortunately, these terms are often either ill-defined or left nebulous, which often leads to misunderstandings when it comes to identifying a gamer as either being casual or hardcore. However, this issue is easily remedied by examining the behavior exhibited by gamers during playthroughs.

The above suggestion results from the fact that behavior is indicative of mentality. Therefore, one can categorize gamers as either casual or hardcore based on their mentality, when it comes to gaming. Thus, here is the categorization:

Gaming before becoming mainstream catered to gamers willing to invest their time into worthwhile games. However, this immediately became insignificant, once its popularity skyrocketed, and the overall result was a decline in quality, as is the case with all entertainment mediums that go mainstream. Though when it comes to the issue of casualization in gaming, many often go with a flawed argument and conflate it with accessibility. 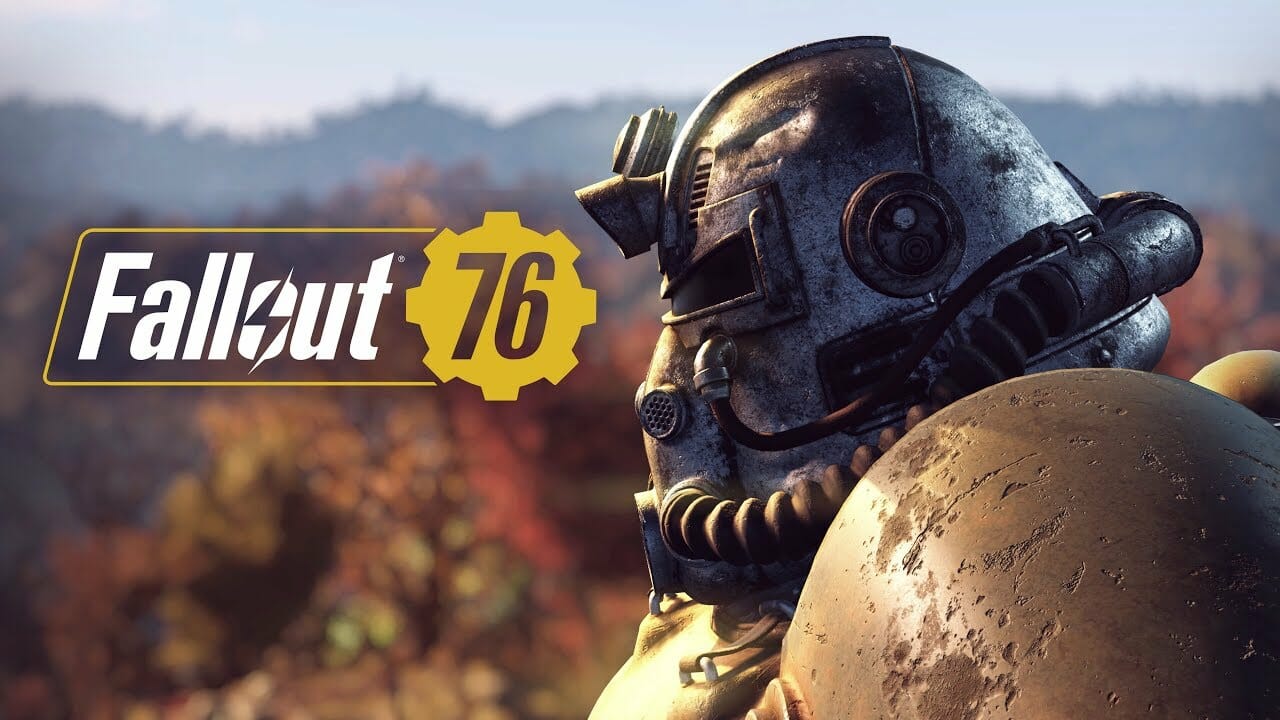 This conflation is problematic, given the extreme difference between casualization and accessibility. The former refers to video games made to emphasize simplicity and a lack of challenge, which work in concert to undermine the potential gameplay experience of a game. The latter, on the other hand, in terms of gaming means: making video games more accessible through hardware and intuitive game design.

With the above definition for casualization, it becomes apparent that it poses problems. Causalization dilutes a game to the point it becomes a watchable experience, which conflicts with the chief characteristic of gaming: interactivity.

Interactivity is the communication process that takes place between humans and computer software.

This process is typically found in games, which need a continuous form of interactivity with the gamer. Furthermore, without interactivity gaming becomes no different from watching television, as casualization results in a limited form of it due to the activity requiring an individual’s full attention and commitment.

Also, casualization creates another issue as a result of game developers blending hardcore and casual gamers. The issue being that games no longer hold challenge, satisfaction, and value; thus they become pale imitations of either their former or potential selves. This is seen with the recent entry into the Mortal Kombat franchise, Mortal Kombat 11.

The game features mechanics that simplify core gameplay (easy fatalities, AI fighters, and so on), which showcases how NetherRealm Studios catered to casual gamers rather than their almost three-decades established fan base.

Monetization in gaming was an in-frequent occurrence before the mainstream popularity of video games. This means that the popular form of in-game purchases, microtransactions, were not as common as they are now. Before gaming moved from a niche entertainment medium to a mainstream one, it often meant in-game purchases consisted of using a game’s currency and downloadable content (DLC). 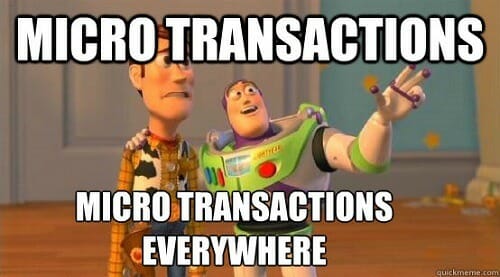 With the former, players accumulated in-game usable currency through performing a variety of tasks. These were usually in the form of completing challenges, selling items, looting enemy corpses, and more. This means players often invested their time into a game as a way of getting the necessary funds to purchase upgrades, costumes, and more since it improved gameplay experiences.

With the latter, this being DLC, it proved to be instrumental in getting gamers to pay for products after the game’s official release. DLC varied in terms of the additional content provided to a base game, this meant players eagerly awaited the chance to add more value to their gameplay experience whenever game developers decided to expand on their base product.

Now with all this said, the issue taken with microtransactions becomes quite obvious. Microtransactions are a business model where users can purchase virtual items for various amounts of money. This means that purchasable items once restricted to in-game usable currency and DLC can be acquired through the use of real-world funds.

Therefore, the previous mentality exhibited by gamers, such as time investment and the want for quality is no more. One could argue that this is an exaggeration, however, there is a distinct lack of worthwhile games that make use of the microtransaction business model. This is not due to the monetization policy itself but rather its poor implementation: 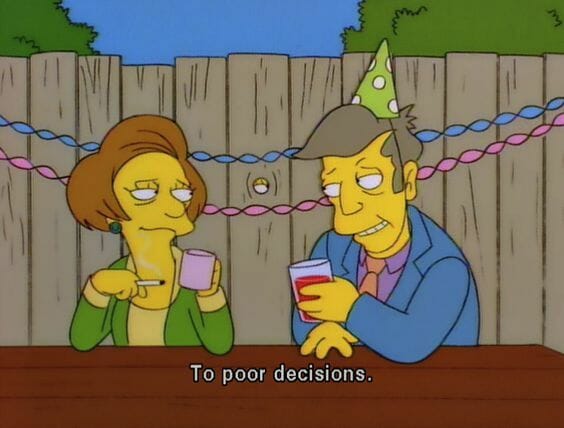 Therefore, if a significant number of people purchase, let us say the next Assassin’s Creed – with a different look – yet with no improvement nor innovation then Ubisoft uses this as a justification to continue as is. The result is due to consumers (gamers) making poor purchasing decisions. These decisions, unfortunately, are a reflection of the consumer purchasing behavior of gamers.

Thus, the current lack of quality games overripe with microtransactions and much else is the fault of the consumers (gamers). As their poor purchasing decisions provided the incentivization for poorer business practices from the gaming industry.

In conclusion, there are three major factors responsible for the downward trajectory in gaming. First, the casualization pf gaming, which resulted in the oversimplification of game design to accommodate casual gamers which happened in concert with efforts to keep hardcore ones. The overall effect was a watered-down gameplay experience and the subsequent withdrawal of hardcore gamers.

Second, monetization in gaming, this resulted in a shift from quality game design to monetized systems within games. Therefore, the purpose of the product changed ergo changing the nature of gaming itself. Finally, consumer purchasing behavior, this came about due to gamers making poor purchasing decisions and provided the assurance game developers and publishers needed to continue with their poor business practices.