The Witcher is having a moment right now... 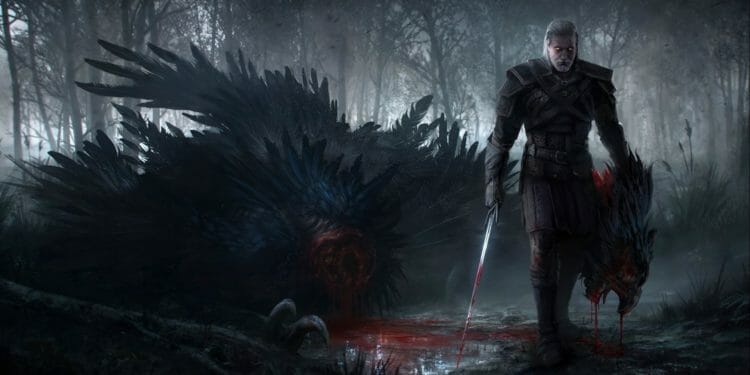 If you are an online or console gamer, you might have spent a lot of your time whiling away the hours while fully entranced by RPG fantasy games. Which fantasy games were the best by your standards and by the standards of gaming experts? Let’s look at the top 5 fantasy games of the past decade (as recorded online) and find out.

Yup, you guessed it would be here. Recently becoming a Netflix Original Series, the whole Witcher series is based on the original novel series by Andrzej Sapokowski so the Witcher 3 is probably not a surprising first pick.

When the first game in the series was released, it was only available for Mac and PC but now the third installment has been reached, its popularity has meant that the game is available on pretty much every format including Xbox and PlayStation. In 2019, it became available on the Nintendo Switch too.

This game is hot property right now. What makes Witcher 3 so special is the intricacy and multi-layered approach that each quest is filled with. There are so many choices to make in the game and this is what makes The Witcher 3: Wild Hunt so immersive, from side missions to massive story campaigns, and everything in between.

It’s interesting to note that one of the most influential games of the decade started off with a Kickstarter campaign. Divinity is considered the best of its generation. It offers true depth, an immersive 3D world to lose yourself in, and tactical combat that is so compelling, you will feel like you are right there.

The game allows you to play as an undead Lizard man in disguise, you can talk to animals, and you can delve into the memories of dead people after snacking on their raw flesh. It’s quite intense. The quests are varied and intricate and while it is not the easiest role play game to get into, once the bug bites; Prepare to be hooked.

Dark Souls is considered one of the most highly influential games of the past decade. The game was first made available on PC, PlayStation and Xbox 360. Players have become so addicted and loyal to this game that one simply cannot speak out against it.

It has a unique story telling approach and can be quite challenging to first-time players. The world that players immerse themselves into is aptly described as incredible. It’s very well interconnected and forms a puzzle, begging to be solved.

When Undertale was first released, it was made available on PC, PlayStation 4, Nintendo Switch, as well as the PlayStation Vita. It has roots in Japanese RPG’s and is considered the best game to play come rain, shine, night or day. It’s Game of the Year award is testament to that.

In the game, players control a child who is underground and cannot get out because of a magic barrier that separates this secret under-earth region from the rest of the world. The player must fend off monsters and overcome challenges in order to find a decent way back to the earth’s surface.

This game is compelling and is a must play game for all fantasy game players out there.

Released in 2011 at the turn of the decade, Skyrim remains one of the most popular in-depth fantasy RPG’s ever made. With an extremely active ‘mod’ community, Skyrim offers in-game lore like no other can, where new parts of the game are still being revealed to this day despite its release almost a decade ago.

Skyrim is a game which has been adapted on numerous platforms and has lasted the test of time. Based on a simple premise of a quest to defeat Alduin, the world eater – a dragon that is prophesied to destroy the world, your character the Dragonborn will navigate an intricate world full of twists and turns that will have you entranced for weeks if not months.

The popularity of fantasy games is not to be underestimated, the games act as an escape for many people, taking fans away from their mundane lives and into the exciting worlds created by the genius minds of video game developers. Fantasy role playing extends into the reaches of many forms of gaming. For example, online casinos such as PlayFrank UK offer their players the chance to play fantasy themed games from the elegantly named Pixies of the Forest slot to the unsurprisingly popular Game of Thrones slot game and the aptly named Merlin’s Millions slot.

RPG’s, including those which have been released for numerous years, have a charm that stay appealing to players even if the graphics are not as good as the latest releases. If you plan to try any of them; have fun and good luck!

Game Over: The Ruination of Gaming