Gameplay Reveal Of The Dark Pictures Anthology: House of Ashes 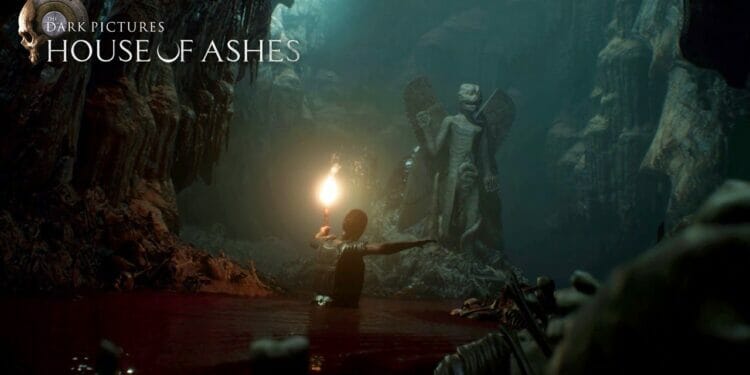 Developer Supermassive Games and publisher Bandai Namco have revealed actual gameplay from The Dark Pictures Anthology: House of Ashes. The soon to be released title for the Xbox One, Xbox Series X/S, PS4, PS5 and PC finally has some footage of the quick-time events you will be forced to complete.

House of Ashes is the third entry in The Dark Picture Anthology series. If you’ve played the previous games you know that each game is standalone and has branching story options. Supermassive Games perfected this type of gameplay in Until Dawn, one of my favorite games.

The third title takes place in a much different setting than the previous two games, here’s their own description of the game,

The Dark Pictures Anthology: House of Ashes drops players into 2003, in the shadow of the Zagros mountains in Iraq where a military unit is caught within the ruins of a buried Sumerian temple. Something ancient and evil has awakened in the shadows and has found a new prey to hunt. Will they each prioritize their own survival, or put aside their fears and their personal rivalries to fight together as one?

I enjoyed Man of Medan because horror games really never utilize the abandoned ship locale. Cold Fear and Resident Evil: Dead Aim were about it. However, an ancient city in wartime with two enemy factions trapped together really have my interest piqued. I can’t wait for this game to release, I will be snatching it up for my PS4 to sit next to my other Supermassive Games titles!