House Of The Dead Remake Coming To Switch

Forever Entertainment is working on the confirmed remake 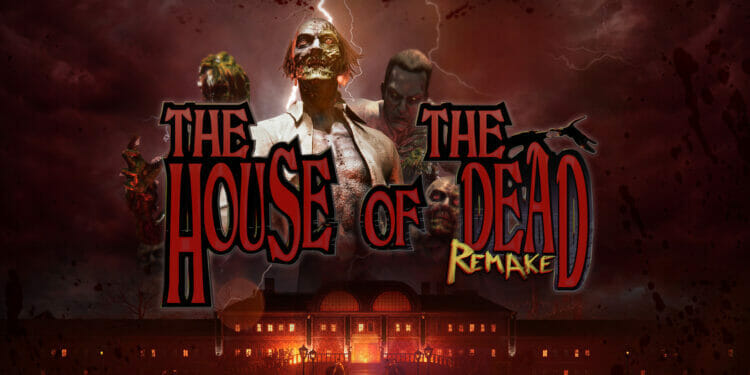 The House Of The Dead is legendary among arcade gamers of a certain age. The rail shooter was hugely successful for SEGA, who has given the series numerous sequels and spinoffs both in the arcades and on home consoles. House Of The Dead Overkill surprisingly made the most sense on Nintendo’s Wii system, despite its raunchy tone. And Typing Of The Dead made good use of the SEGA Dreamcast keyboard.

The franchise has been dead for a while, though much like its flesh-eating enemies, it seems to be time for a resurrection. And publisher Forever Entertainment together with developer Megapixel Studio is working on bringing the classic rail shooter to the Nintendo Switch.

Back From The Dead

The original House Of The Dead is famous for its voice acting. The stilted dialogue reading combined with some truly bizarre writing made for an unforgettable campy experience. Judging by the trailer, it’s unclear just how much of that camp is preserved. It does seem to maintain a good amount of that b-movie charm, however.

Megapixel promises that the remake remains true to the original gameplay. Apparently this means we’ll have some local multiplayer action with two guns on screen, as they promise full 2-player action. Although whether or not it can replicate that classic arcade shotgun we used remains to be seen. Perhaps some company could get on developing a third party shotgun controller for the Switch?

Like the original, the remake will have multiple endings. Perhaps this could be an opportunity to sprinkle in some new ones? After all, doing a remake does offer the option to add some new elements to the game.

In either case, the game has yet to be confirmed for other platforms. But fans of House of the Dead might wanna keep an eye on this one. And maybe grab a Nintendo Switch in advance.