It really was before its time... 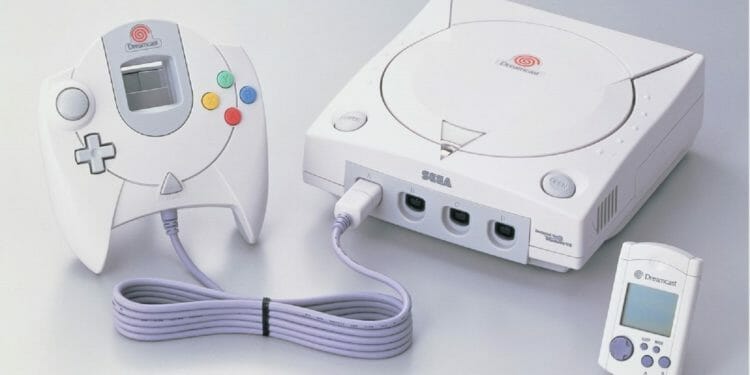 Today marks the 20th birthday of the Sega Dreamcast and I simply cannot believe that it has been so long since I saved up my money and bought one of these gorgeous consoles for my dorm room. My first experience with the system was actually borrowing one and buying a copy of Resident Evil: Code Veronica. Obviously I’m a huge fan of survival horror if you’ve been reading my articles and I simply couldn’t wait to scrape together my pennies to get a system.

So my poor college student ass borrowed a friends and tore through the game in a week or so. In honor of the Sega Dreamcast’s birthday, here are my five favorite games on Sega’s final system.

This one was one of the first titles that I bought after I had finally procured my own Dreamcast system that was snugly attached to my CRT TV. Having playing the House of the Dead games in the arcades, I was thrilled to have a version I could play between classes and into the wee hours of the morn.

I even splurged a bit and got the nicer “light gun” accessory, which was awesome. You could slip the VMU into the “light gun” and fire away at your CRT TV to your hearts content. I loved snagged headshots and fighting the insane bosses in my dorm room, my neighbors must have thought I was insane.

4. Evil Dead: Hail to the King

I know that this is most likely the weakest Evil Dead or Army of Darkness game that was made but I hunted one down and loved it. This was a hard game to find twenty years ago, I vaguely remember hearing that the developers made and sold the game without actually getting the rights to The Evil Dead.

Since the game was illegal the remaining copies were pulled from the shelves, which is why I had to go to FuncoLand to buy a used copy. Me buying a used anything twenty years ago was rare, but I NEEDED to play this game. The reason I liked this game so much is that it copied Resident Evil a lot of ways, pre-rendered backgrounds, creepy atmosphere, killing already dead things and so on.

I get it, most people hate George Lucas’ prequels, but they have a special place in my nerd heart. I could write a whole article telling you why, but let’s just say the camping out for tickets experience, the midnight toy release experience and going to the first ever Star Wars Celebration are some of the reasons why the Prequels are special to me. Imagine how excited I was to play a several different Jedi Masters when I heard about this game. I couldn’t wait to play it, and play it I did.

I remember destroying Battle Droids with Mace Windu’s purple light saber and wondering how Ki Adi Mundi could balance that huge noggin of his while Force flipping and such. I recently dug this title out and I was amazed at how much progression I had twenty years ago, almost every Jedi Master was fully upgraded and I had unlocked a majority of the “hidden” characters. I wish we could go back to Star Wars games like this, Star Wars: Jedi Fallen Order you’re my only hope.

This is the only title on this list that I didn’t play when the Dreamcast was still on the shelves. I got my copy of this game around 2004, before the huge retro game price increase, and would play it at home while eating Top Ramen on bread. This is what I ate in college and my Dad would look at me like I was insane while I ate this and played my Dreamcast. Reliving my Glory Days I guess.

This was the title that introduced the gaming community to quick time events, for better or worse, and a fully realized open world game. Being the most expensive game ever made at the time it’s innovation all but sealed the fate of the Dreamcast. Everyone would have had to buy two copies to recoup the money, but many people didn’t even buy one.

I was one of them, I bought mine used quite a few years after release. But I did buy two copies of the remaster, one for my PS4 and one for my Xbox One. I also plan on buying number 3, I actually can’t wait for it to release!

Code Veronica is my favorite Resident Evil title, flat out. I love all the titles in the series but when I think about the past games Code Veronica always floats to the top for me. The title came out when I was a sophomore in college and to me, all was right with the world. I was twenty, my parents were healthy, I honestly thought I had a decent future ahead of me and I had a full head of hair.

I remember rushing back from work or class and playing Code Veronica long into the night, playing as fan favorite Claire trying to escape the bombed out island only to be surprised that Chris is hot on my heals was one of the coolest story elements in a game that was riddled with awesome story elements. The designs of the bosses were stellar, the two main villains were some of the creepiest in Resident Evil history and that boss fight with Nosferatu was one of the most amazing at the time.

I know I’m looking at this title through the haze of nostalgia, but I fired it up recently on my Xbox One and I still love this game. I hope we get a nice Remake of this entry after we get Nemesis.

Now, I know a lot of you will be disagreeing with these picks, but these are games that are special to me, that I actually owned at that time and played at that time. Are there some amazing JRPG’s I’m not mentioning, yes, are there some great ports and fighting games on there that I have left out, absolutely. But these are the games that I played twenty years ago and when I play them now, I get a little misty.

Let me know what games I missed on Twitter @superjerry13! Also, what you think of the titles I’ve mentioned in the comment section below.

Man Up: The E is for Men