BagoGames > Articles > Opinion > Who could be the next Superman?

Creed is in the the running... 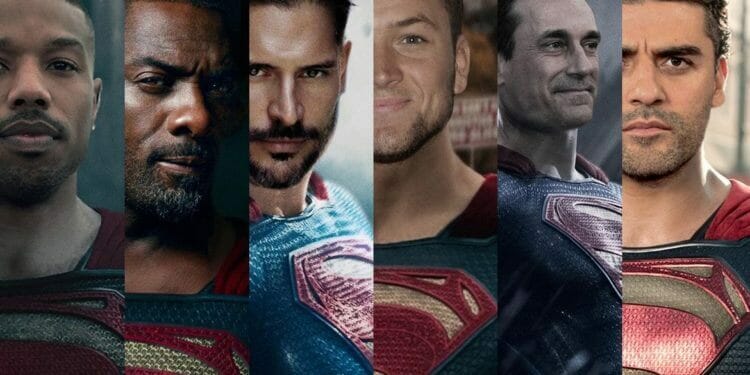 There is no firm new Superman movie on the DC schedule, but speculation continues as to who next will wear the cape.

Lips are sealed of those in charge of the DC Extended Universe and, as a matter of fact, there’s been no confirmation that actor Henry Cavill, who has had the super role since 2013’s “Man of Steel,” won’t be playing the superhero again.

Last year, it appeared Cavill’s grip on the role was slipping as The Hollywood Reporter published that likely wouldn’t appear as Supes in “Shazam!” Soon after, Entertainment Weekly said Warner Bros. was going to concentrate on a “Supergirl” film.

Regardless of the fuzziness of will he or won’t he regarding Cavill, websites devoted to superhero fandom and sportsbook oddsmakers, including top sports betting sites, are trying to winnow down the list of possible actors who can carry the weight of the role.

The actor not on this list but is in the klieg light of fan adoration is someone who already is in the role on the small screen  Tyler Hoechlin.

Hoechlin, 31, has had a modest career with roles in the films “Road to Perdition,” “Everybody Wants Some,” “Hall Pass” and “Stratton.” On TV, he appeared in “Seventh Heaven” in a recurring role and “Teen Wolf.”

He was cast as the superbeing from planet Krypton on the CW show “Supergirl” in 2016. He reportedly was show producer Greg Berlanti’s first choice and he didn’t have to audition. Hoechlin called his casting “surreal.”

Fan praise of this portrayal of Superman grew exponentially with every appearance on TV and it’s been announced he’ll reprise  the role in CW’s “Crisis of Infinite Earths,” part of the network’s Arrowverse, the shared fictional multiverse of the CW’ Network’s superhero franchise that includes “Arrow,” “Supergirl,” “The Flash,” “Batwoman” and “Legends of Tomorrow.”

The chatter about Hoechlin making the leap from small screen to big screen has gotten so loud, he didn’t need super auditory skills to hear it at FAN EXPO Boston, according to ComicBook.com.

“That’s very flattering, very flattering,” Hoechlin responded when asked about the possibility of playing Superman as part of the DC Extended Universe, the website reports. “I appreciate the support.”

He acknowledges it’s a lot to take in considering initial response to his casting on “Supergirl” was sketchy at best.

Now he’s grateful the fans have responded so positively that they appear eager to see him fly to a larger venue.

“It’s been very nice to receive the, I guess, the reception that the character’s had,” he said.

In April of last year, Cavill seemed to still think the cape was in his closet.

“It is very much in my desire to do a Man of Steel 2, a direct sequel to Man of Steel, and there is a whole bunch of Superman story that I want to tell,” Cavill said according to Comicbook.com. “There is a whole style of Superman’s character that I’m very keen to tell and I’m looking forward to the opportunity.”

Everything seemingly fell apart in December during contract negotiations and subsequently any other stand-alone Superman movies and Ezra Miller’s “Flash” “lost momentum,” according to the website.

In February, Superman was grounded with attention turning to “Supergirl” whereas “Flash” found new life at Warner Bros. with director Andy Muschietti.

So, if and when a Superman movie is back on the books, Hoechlin stands ready with hands on hips to take the role.

For now, fans will have to be satisfied with “Crisis on Infinite Earths,” which begins Sunday, Dec. 8 at on “Supergirl,” continuing in “Batwoman” (Dec. 9), on “The Flash” (Dec. 10), and concluding on “DC’s Legends of Tomorrow” on January 14.

Who do you want to see be the next Superman? Let us know in the comment section below.