BagoGames > Articles > Other > How Crypto is Changing the Gaming Industry

How Crypto is Changing the Gaming Industry

by Chris Newton
in Other
Reading Time: 3 mins read
0 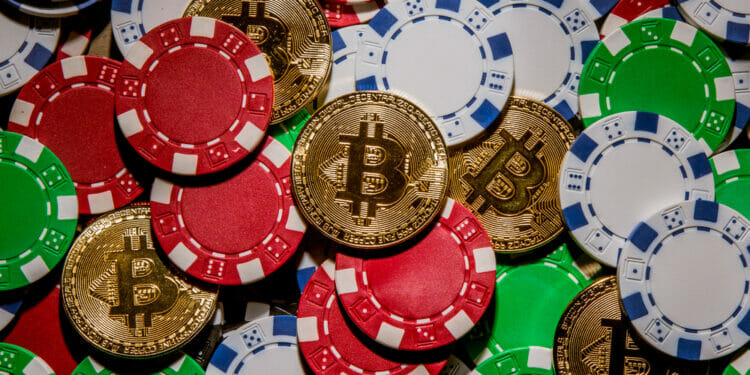 Although it is easy to disregard crypto as a financial speculation and nothing more, it has recently started to send shockwaves through a number of other industries – including gaming. Of course, gaming and crypto have a long history together. A decade ago, gamers were using Bitcoin as a cheap runner-up prize in online gaming events, and as a means of exchanging value between players.

Indeed, digital tokens have been actively used within games for at least as long, giving you the ability to purchase in-game products like new character outfits, weapons, or vehicles. This tokenized system has been successful, but crypto is set to change how games are played once again thanks to blockchain.

Here is how crypto is changing the gaming industry:

While the existing token currencies within games are useful, they have a major flaw – the game is created and owned by a single company. They have the power to shut the game down, prevent users from trading particular items or bring out a new game, which renders the value of any item created within the previous game worthless.

To make matters worse, you can’t take your virtual assets out of a particular game. Decentralization is changing this. Once you have some crypto coins to use as building blocks which you can store in a secure hard wallet, such as a wallet from Keevo, you can create your own games or characters within a digital metaverse.

This metaverse links different games to one another, allowing you to take your character out of one game and into another one. This intra-game operability adds a huge amount of value to individual games because their tokens can now be converted into cryptocurrencies and used to buy ‘real world’ items, and the game itself is future-proofed.

NFT’S Allow You to Create Your Own In-Game Products

An NFT is a non-fungible token – a digital asset with a limited supply, which cannot be replicated or copied. The NFT market has seen a massive increase in size over recent months as users trade music, art, and other encrypted digital products.

One of the most obvious use cases for NFT technology is gaming. If you create a sword in an RPG that proves effective, you may want to sell it to other users. However, the sword’s value is limited because you can’t use it in other games and never know how many other people have the same sword. However, if you buy the sword as an NFT, you know its exact finite supply. You own it outside of the game, allowing you to use it in other games or even sell it on to another user.  You can also use a 99 starz token to rent NFT assets in the most popular play-to-earn games like Axie Infinity, Sorare & F1 Delta time.

One of the most popular decentralized online games is Decentraland, which allows you to live in and populate an entirely digital world. This world is completely under the control of the users, as the network is completely decentralized.

Games such as Decentraland are changing how gamers interact with each other. These digital gaming worlds are now allowing users to buy and rent out digital real estate, sell art through digital art galleries, host club nights with celebrity DJs, or even set up a casino within the game.

This gives users a greater level of independence, allowing them to earn a living within games and create a more realistic digital footprint. If you developed an interest in investing in cryptocurrencies, it might be imperative to read articles such as “Does Solana live up to the hype? – Funfair“.

Backbone From Raw Fury Out Now