In my experience with Hunting Simulator 2, I learned that Hunting can be a meticulous, highly detailed, and interesting craft, but I also learned that it can be a dull and overly complicated experience to play through. 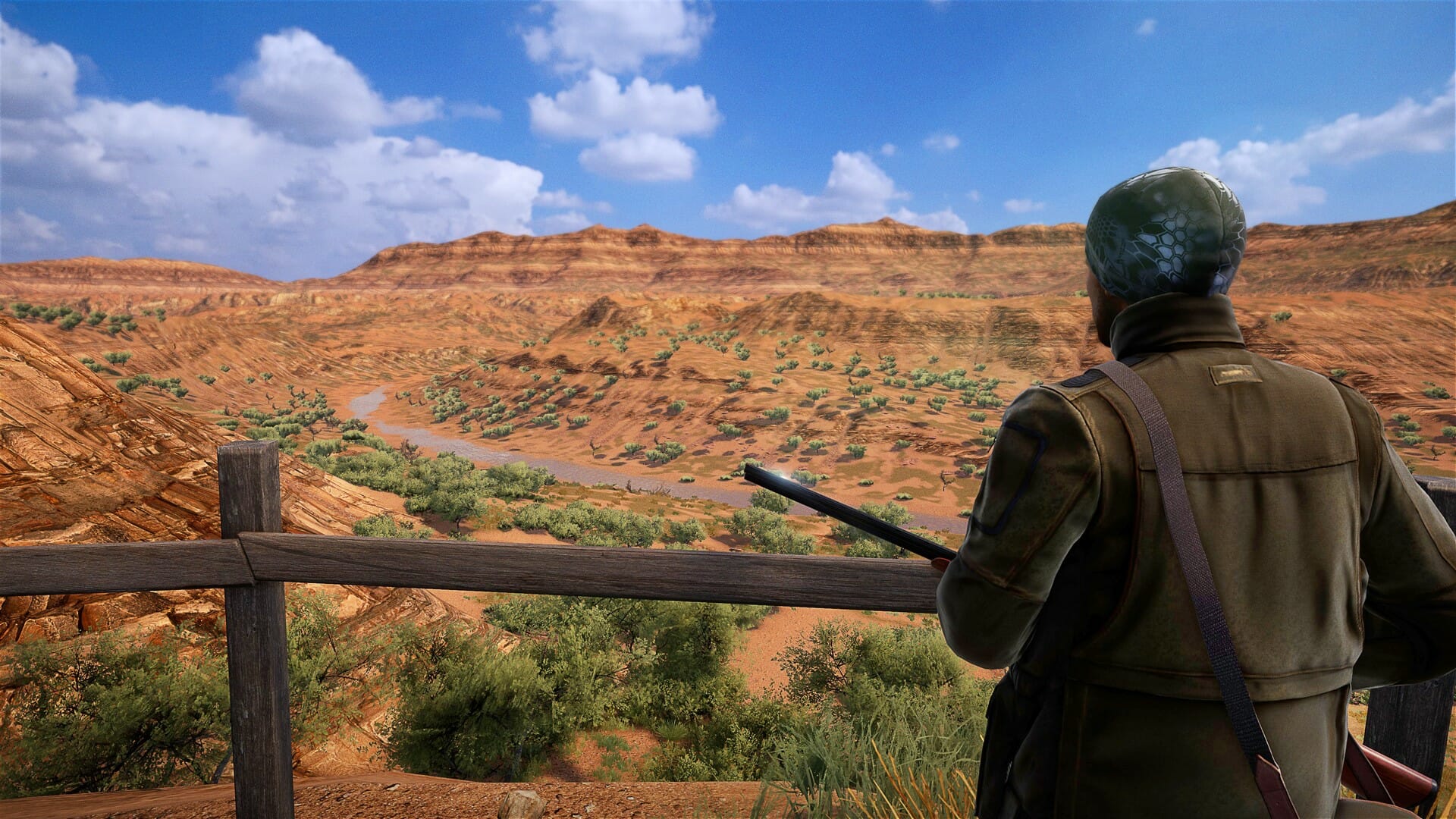 The first thing I appreciated when starting Hunting Simulator 2 is the amount of effort the game puts into not only the hunting mechanics but also the overall concept. Players will start with a tutorial with their very own narrator, teaching them the ins and outs of hunting (or at least the basic level). Players also have a dog companion, which helps track the scent of animals nearby. The more hunts your companion experiences, the more their skills improve, and the more you pet them, the more driven they are to help you.

Players are also given a wide variety of weapons to choose from, however, these weapons aren’t just for fun, as most of them have their own separate functions. Some are more suited for smaller animals, while others are more suited for larger and more dangerous animals. You won’t get a lot of action with your weapon when out on the hunt sadly, so to test which weapon works best; you are encouraged to use the shooting range, so you’ll know what you’re dealing with.

Players can also buy accessories to add to their weapons and other useful items such as sprays, animal calls, and binoculars or spend them on cosmetic items. Having these items at the start won’t be easy however, as you’ll need to earn enough money by going on successful hunts and bagging animals. The larger and more dangerous the prey, the bigger the payout will be. Players will also have the option to hunt in three different locations, namely Colorado, Texas, and Europe. All these locations have their own specific animals you can hunt along with different weather conditions and scenery. 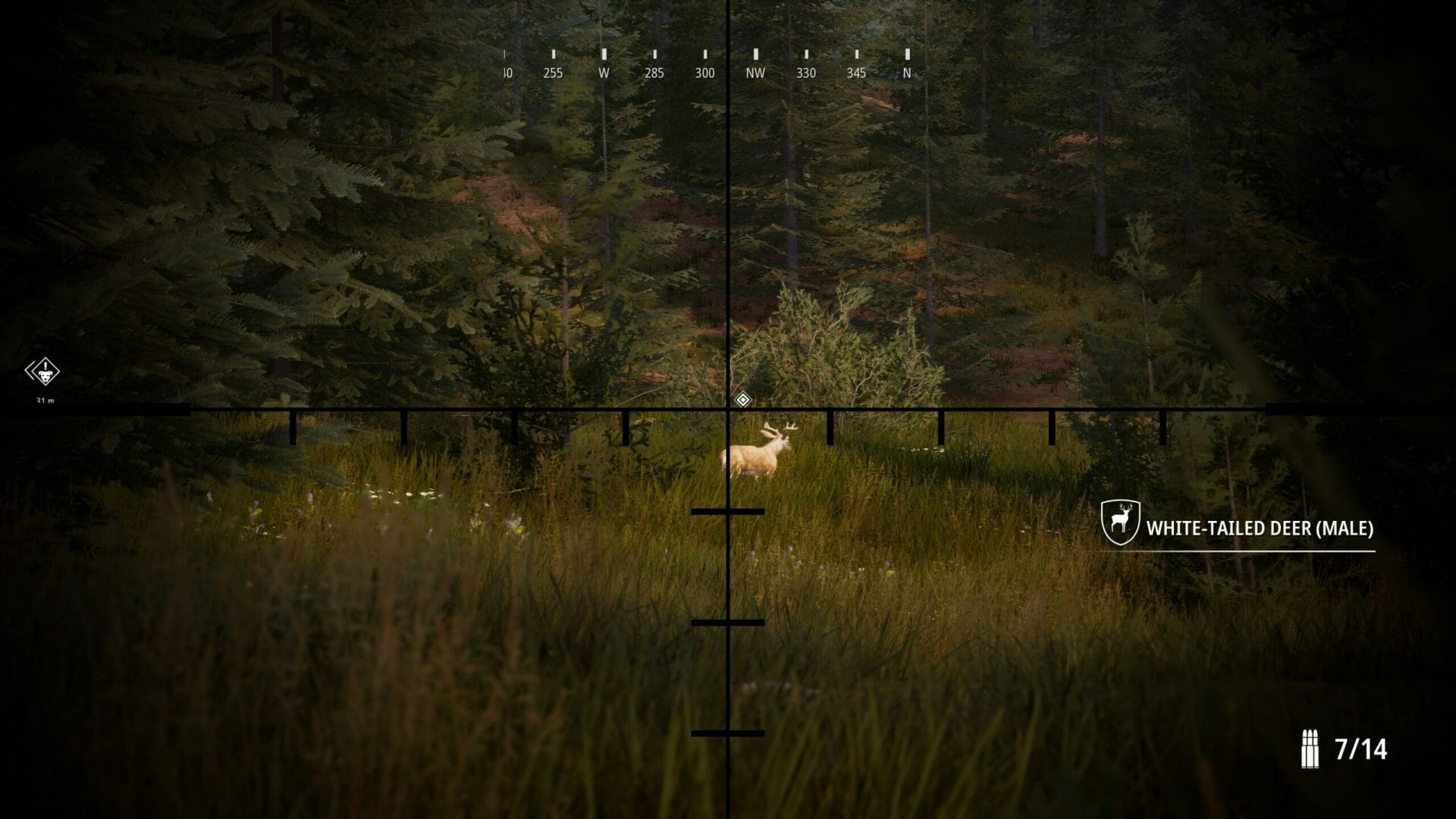 At the start of every hunt, players will spawn in a cabin where they can change their loadout, refill ammo, claim hunted animals and return to the hunter’s lodge to end a hunt.

As this is a simulator game, the hunting mechanics are quite detailed almost to the point of frustration. While hunting an animal you’ll have to make sure you’ve bought the right license to hunt the animal, you’ll have to use the correct weapon and caliber, and you have to be prepared to wait a long time to track the animal you’re hunting as in some cases, it might take hours to do so.

While these mechanics are meant to immerse players in the world of hunting, they can get pretty frustrating as well. Chasing down your target will take you a long time, progress feels slow and the tracking doesn’t feel rewarding. 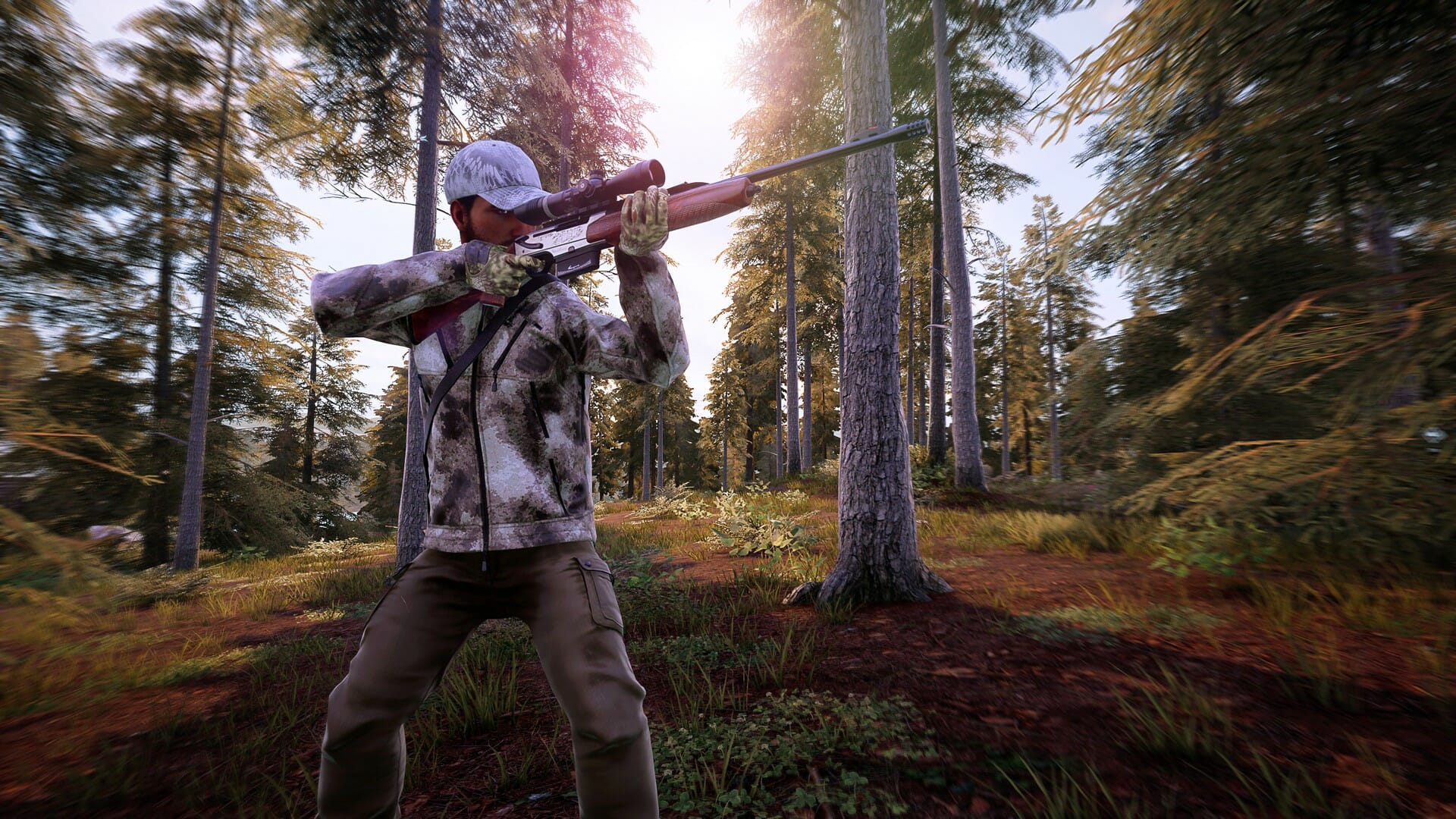 With the amount of time you’ll spend tracking your prey, you’ll most likely run into a completely different animal in the process. If you have the license to hunt the animal then you’re in luck, otherwise, you’ll be heavily penalized for killing it. A common suggestion is to buy as many licenses as you can so this doesn’t become an issue, but that takes a lot of money you most likely won’t have at the start, plus all licenses have a limited amount of use.

Even when you’ve managed to find the animal you’re hunting, have the right gun and license, and take it down smoothly, you better have memorized the exact location you shot it, as Hunting Simulator 2 does not mark the location of animals even when you kill them. Aside from that, there’s barely anything to do while you’re chasing a piece of poo for a mile in hopes to find the animal your tracking. It’s at this point you’ll realize there’s a fine line between realism and frustration because at the end of the day this is still a game and it’s meant to be fun. 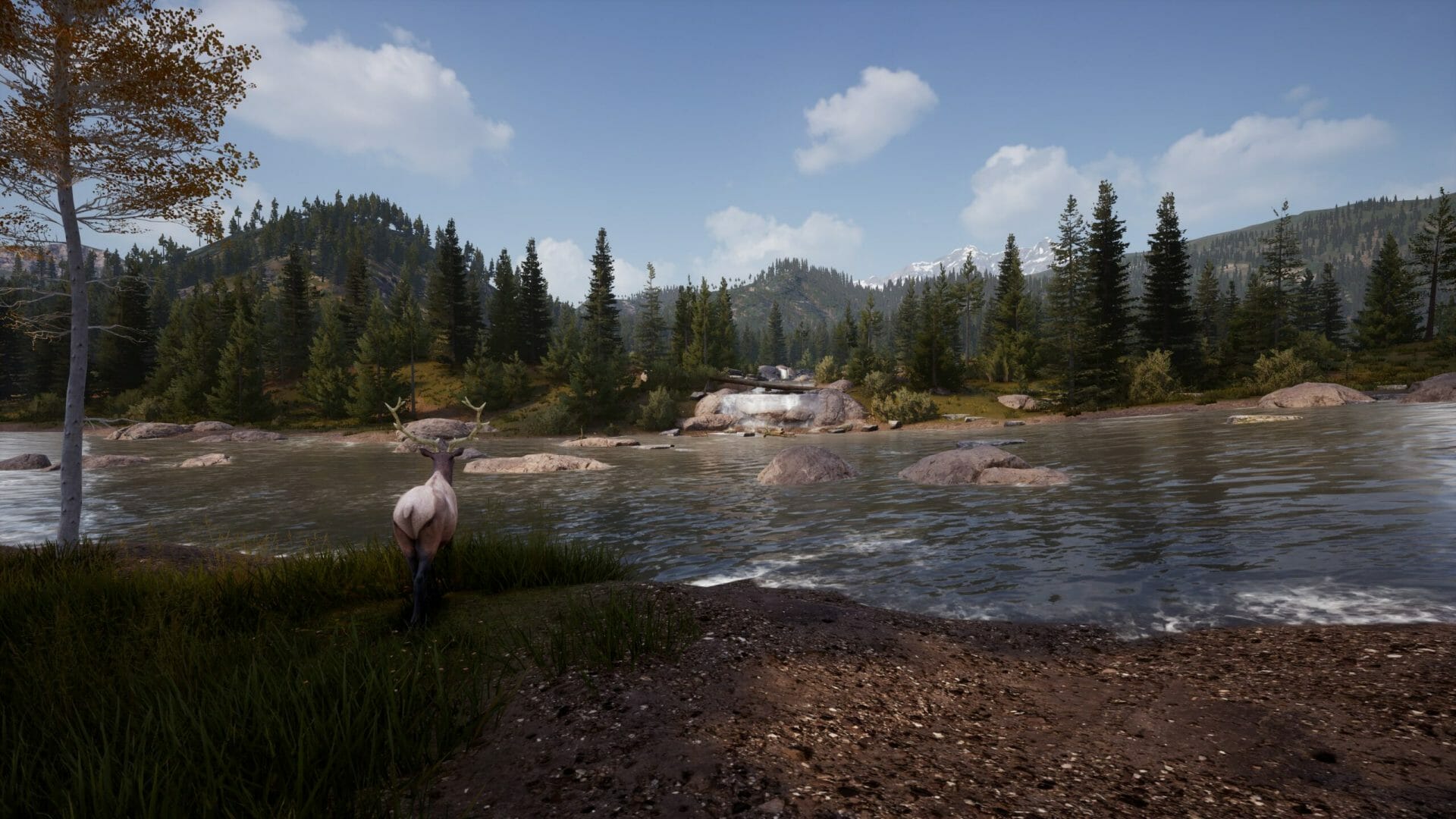 While Hunting Simulator 2 has its fair share of issues, it still has many positive attributes. As a simulation game, it does an excellent job of teaching players the intricate steps and process of hunting. The visuals and atmospheric scenery of the game are beautiful and polished. It doesn’t flood the player with a lot of unnecessary information or tutorials only the important ones you’ll need when hunting, which is something a lot of other simulation games can learn from.

Besides that, the shooting mechanics, while simplistic, are fun and satisfying, especially when you’ve been hunting an animal for a while. It’s just too bad the long process often takes away from the excitement. 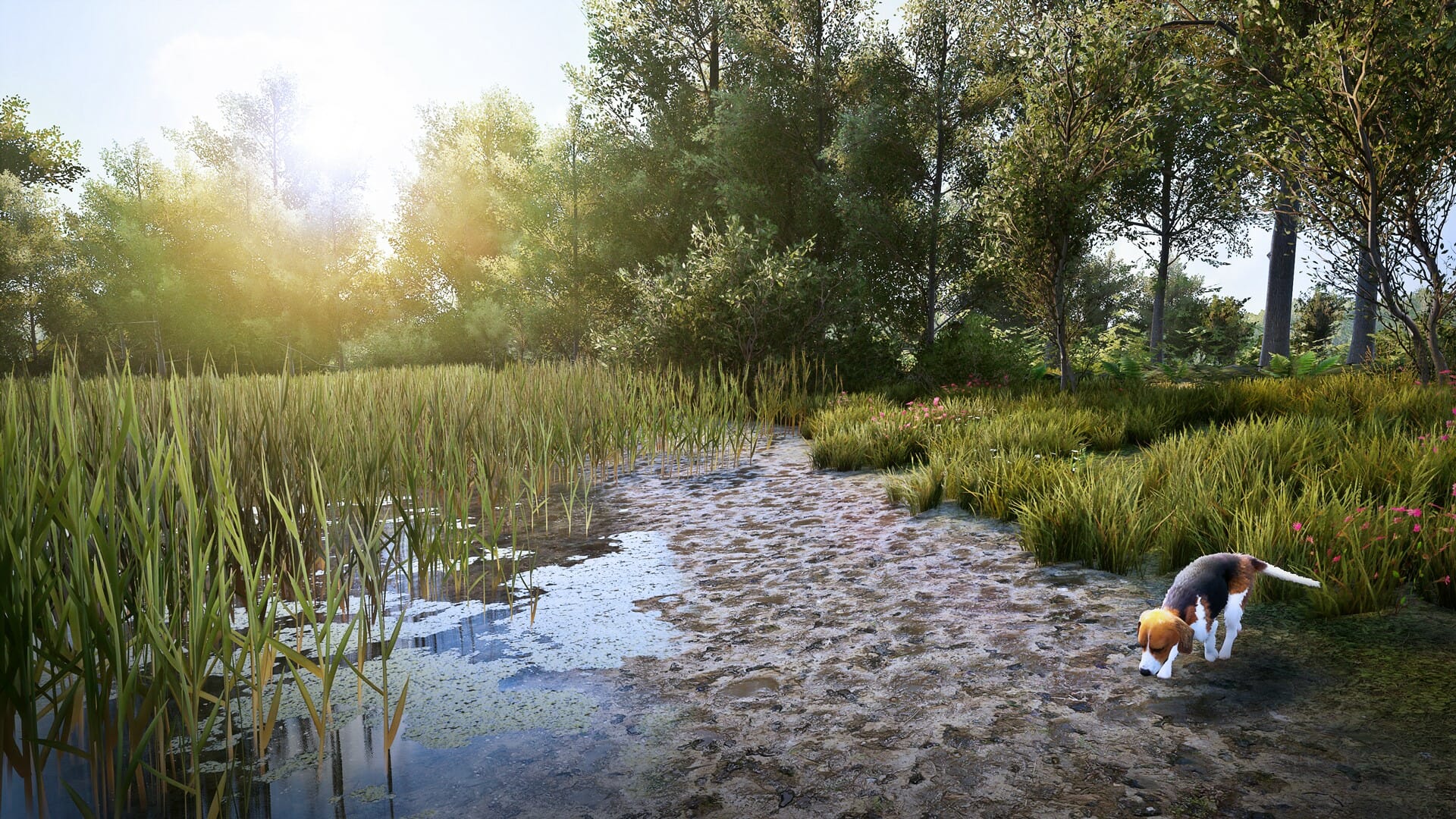 As it is right now, Hunting Simulator 2 could be a much better game, as all its issues currently stem from the pursuit of realism. Granted, some players may still enjoy it as a hardcore simulator game. However, while realism is the goal for simulator games, it shouldn’t take away from the enjoyment of the game, and it should still be engaging to players otherwise it’ll feel less like a past time and more like a painful chore.

Are you into hunting? Have you played Hunting Simulator 2? Let us know your thoughts in the comments section below.

While Hunting Simulator 2 has its fair share of issues, it also has many positive attributes. It's just too bad the whole process often takes away from the excitement.

How To Make A Terraria Server: Finding the Best Terraria Hosting Provider