BagoGames > Articles > Opinion > Is it Cool to Plagiarize? – Some Thoughts About Games Media Plagiarism 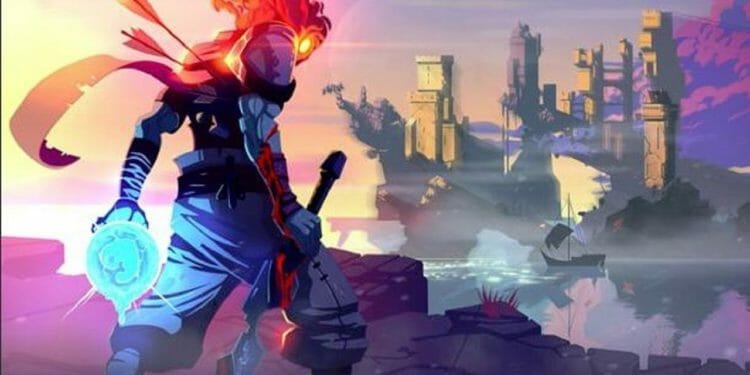 It’s starting to become a trend at this point. We can’t go out without a story about someone in the industry taking somebody else’s work and passing it off as their own. Unfortunately, this issue isn’t limited just being about gaming journalism. In fact, it seems like games media plagiarism is just going to become a trend.

Some people might think that this issue presented itself back in 2018. You know, when Philip Miucin was caught stealing a Dead Cells review and parading it around as his own? However, I believe that this is the moment when scrutiny began to become more rampant in the community. Suddenly, more cases like this started to pop out of the woodwork. In fact, some of these cases had a lot of repeat offenders!

This is worrying me because intentional or not, it is harming the image of gaming media in general. Not to mention, it might be a catalyst toward worse conditions in the industry. I mean, the gaming community already doesn’t trust journalists as is; Imagine not being able to trust even the people who make the gaming commercials, for crying out loud.

My plan with this editorial isn’t to declare a war on plagiarism or to further oust the culprits. I mean, the Internet is already aiding me with the latter. However, I will provide some of my thoughts regarding this situation alongside my insight about whether or not it really is worth it. I mean, wouldn’t it be amazing if people actually gained something from these blatant acts of plagiarism?

Speaking as a Victim…

Do you want to know something funny? I have been a victim of straight copy-pasting of my articles. In fact, I have denounced this kind of behavior previously:

Y'know, I try my hardest to avoid plagiarizing.
And yet some people do it to me all the time. pic.twitter.com/GyL2rIqquC

Stealing your work is really nothing new in this industry, especially if you work for a well-known outlet. But, what bothers me is exactly what these guys stand to gain from doing all of this. Sure, it is a way to not do any work at all and earn some $ in the short term. However, once the cat’s out of the bag, you no longer get to make any cash. Why? Because you’re no longer welcome in the industry, of course!

I mean, any outlet worth talking about wouldn’t hire a known plagiarist. Of course, there will always be an outlet that welcomes this kind of people (or god forbid, does it themselves). However, the “Higher-end” outlets will definitely reject any prospect trying to seek work in the industry after this.

… But how many people do this?

That question has been eating at my mind for a while now. We have the aforementioned Niche Gamer and Philip Miucin cases. However, if you remember, I also mentioned that this is extending past game journalism and going toward games media as a whole. The first case that comes to mind is that of the PlayStation commercial that took animations from several IPs. Here’s a summary of the events by YongYea:

If you think that’s the only example of plagiarism, think again. Why? Because as we speak yet another story about plagiarized content has made their rounds! In fact, just today, there’s a report by CDM that talks about the launch video of the Xbox Series X.

The launch video for Microsoft’s Xbox Series X console “borrows” from work by ANTIVJ (and a ground-breaking indie game, too). It’s not even subtle, people. Just look at it:

Are independent artists doomed to be ripped off ?

Not only that, but according to the report, the trailer also “Borrowed” music from Alan Watts. The fact is, this is basically a repeat of the PlayStation commercial incident. But, the difference is that the holder of the platform is somebody else.

As we’ve discussed previously, once you’re out, that’s it. You no longer are welcome in your branch of work. So it really isn’t worth pulling these stunts in the long run. Of course, the only people who are going to take the fall are the game publishers and console manufacturers. Sony definitely has lost some bucks from that commercial and Microsoft will definitely have some bad PR after this.

Games Media Plagiarism – We Can Stop It

Now, this should be the moment where I do a preachy verse about how we should stop plagiarizing. But, honestly, if I did so it really wouldn’t stop the behavior that bad actors already have. While I do think that journalists like me should take it upon themselves to be fully transparent to their readers; There are some who simply are in this to blog about video games.

Look, I think that the internet is doing a great job at scrutinizing and deconstructing the work that’s out there. In fact, I have the idea that we should look at everything with a magnifying glass. Honestly, once those plagiarists come out, they don’t return to the limelight for a long time… I mean, just look at Philip. His channel is inactive after his videos provided very meandering results in terms of views.

Honestly, if things keep going like this, it will definitely cause a disruption of epic proportions where nobody will know who to trust. If you ask me, that’s really not the way things should be going. But hey, maybe things will be different next year, right?

What do you think about games media plagiarism? Do you think that this is becoming a trend that should be stopped? What are your thoughts on people like Phillip Miucin? Let us know your thoughts in the comments section below.

Have you watched Star Wars: The Rise of Skywalker? Here’s our review of it! Are you looking for a new game to play? Maybe WarpThrough is up your alley! Here’s our review of the game. What do you think about the game awards results? We provided our thoughts in the latest TSR Bagocast.