Indie games tend to lean heavily between gameplay and story.  Usually one is definitively the lead foot and the other is less of a focus for the developers.  Once in a while, a smaller developer brings a little more to the table, maybe making a more balanced game in those categories.  Katana Zero, however, is one of the first times I’ve seen so much effort placed in both creating compelling gameplay and a dense story coming out of an indie studio. Devolver Digital seems to enjoy publishing indie games that feature violent protagonists and instant or near instant kills.  Katana Zero takes after the recently release Ape Out and genre-defining classic Hotline: Miami by putting you in the role of a character with a penchant for violence and a katana that is exceptionally good at making your enemies dead.  However, in playing it, it reminded me significantly of another non-Devolver game – Door Kickers: Action Squad.  You see, in every mission, you’re usually assigned the role of heading into a building or facility and assassinating target.  This involves bursting through a number of doors and obliterating opponents as quickly as possible.  In practice, it feels so similar to that game (along with the synthwave aesthetic) that I would have assumed the same company developed them if I didn’t know any better.  However, the real meat of the gameplay involves a time-warping mechanic that is very distinct to Katana Zero.

Twisting time takes a couple of forms within the game.  You already have the lightning fast ability to swing your sword and throw various objects around the map, but you can also slow down time to better execute some of the trickier maneuvers in the game.  For instance, you can deflect bullets back at their source with a well-timed sword slash, but achieving this without slowing down time can be tricky – even though if you actually do it, you feel like a badass.  Slowing time can also allow you to make better use of your (i-frames included) dodge roll that is often the deciding factor between life and death.   Yet death isn’t really that much of a problem for this protagonist. Part of the 80s synthwave aesthetic is that you ‘rewind’ time, much like a VCR (tape lines included), to go back to the beginning of the room and try it all again.  This essentially makes it impossible to lose, but you can still fail as many times as you can tolerate it.  There will be points where it feels like Super Meat Boy in how many times you suck and have to restart, and just like that classic game, you’ll start hating portions of the game where you just can’t seem to get the timing down.  These moments actually play into the game and become part of the story in a way that I don’t want to spoil, but made encountering a fail state multiple times feel like there was always a chance to trigger something cool.  It made a great connection between the key gameplay mechanic and the story itself. Katana Zero is a short game, so the story picks up quickly – meaning there aren’t many things I can talk about without spoiling it.  However, I can also say the story is so erratic and at times hard to follow that I don’t know if I outright tried to explain it, I’d be accurate enough to say it ruined anything.  Regardless, one of the main threads is that you are in the role of an ex-soldier who is a veteran of a war in the game lore who is working as an assassin.  In this work, you see a psychiatrist who seems to be in the role of helping you get past the literal nightmares and metaphorical demons of your past with a combination of dialogue-option filled discussion and injections of a mysterious drug.  Yet, he also hands you dossiers on the targets for each of your missions, making his role a little strange to say the least.

The initial mystery of the story element is compounded through your interactions both during and after when you return to your apartment.  Characters can pop in without notice and seem to know you, but it you don’t know if it’s someone your character is or isn’t supposed to know.  Every character is written with a motive that you’re unsure whether it directly revolves around you or not.  As the story progresses and becomes more layered and complex, you start to see what some of those characters’ motives were and learn more about yourself as the protagonist.  What makes the story the most compelling, and what may be the most frustrating thing to some people, is that you’re often offered a lot of choices in the dialogue that may play out in your actions and you have no idea if it would lead to real change in the game.  It’s hard to say if selecting one choice over another would a different outcome, but it’s actually one of the things I ended up loving.  At one point, you can even select an option that gives you a game over screen, complete with credits, and you just have to go back and choose the alternative. 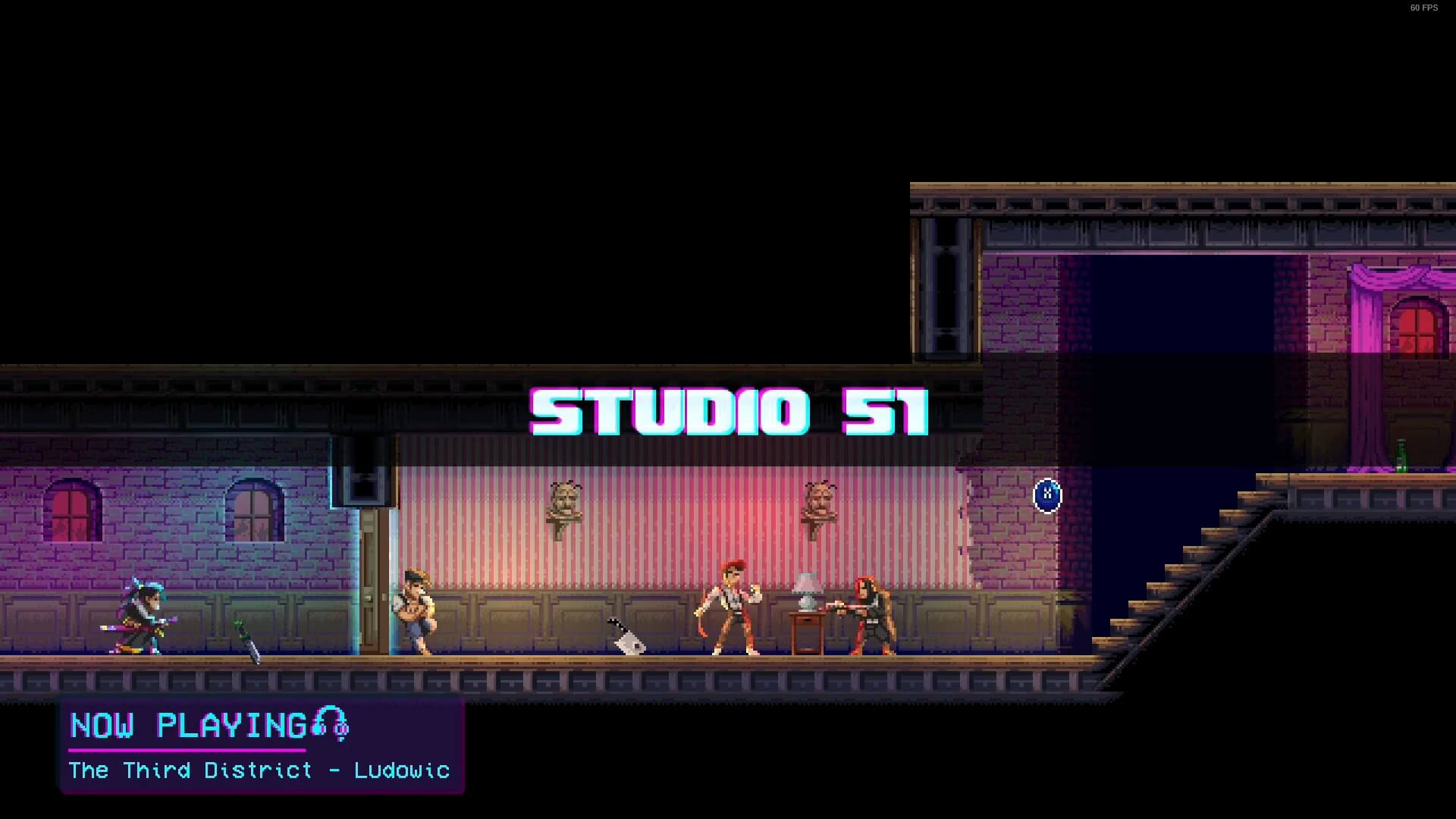 Perfectly Balanced, as all things should be

Having an indie game with good gameplay or a good story is great.  Having one with both is even better.  However, having a game with both supporting one another is just amazing.  Katana Zero is amazing.  Even in my moments of frustration when I had no idea what the hell I had to do to beat an area or a boss, I still felt like the goal was within reach.  The story had me looking for more, thinking back through everything I had done and every event that occurred trying to better understand what was going on.  I wanted more of both, and that is one of the shortcomings of the game.  I finished it in just under four hours and that included some time spent messing around looking for achievements.  While the $15 price isn’t overwhelming, some more frugal players may want to wait for some kind of sale if they expect more time for their money.  I have heard that DLC is on the horizon with support for speed runners and such, so that may be something to wait for as well if you’re on the fence.  Either way, this is a must-play game for whatever price you’re willing to pay. 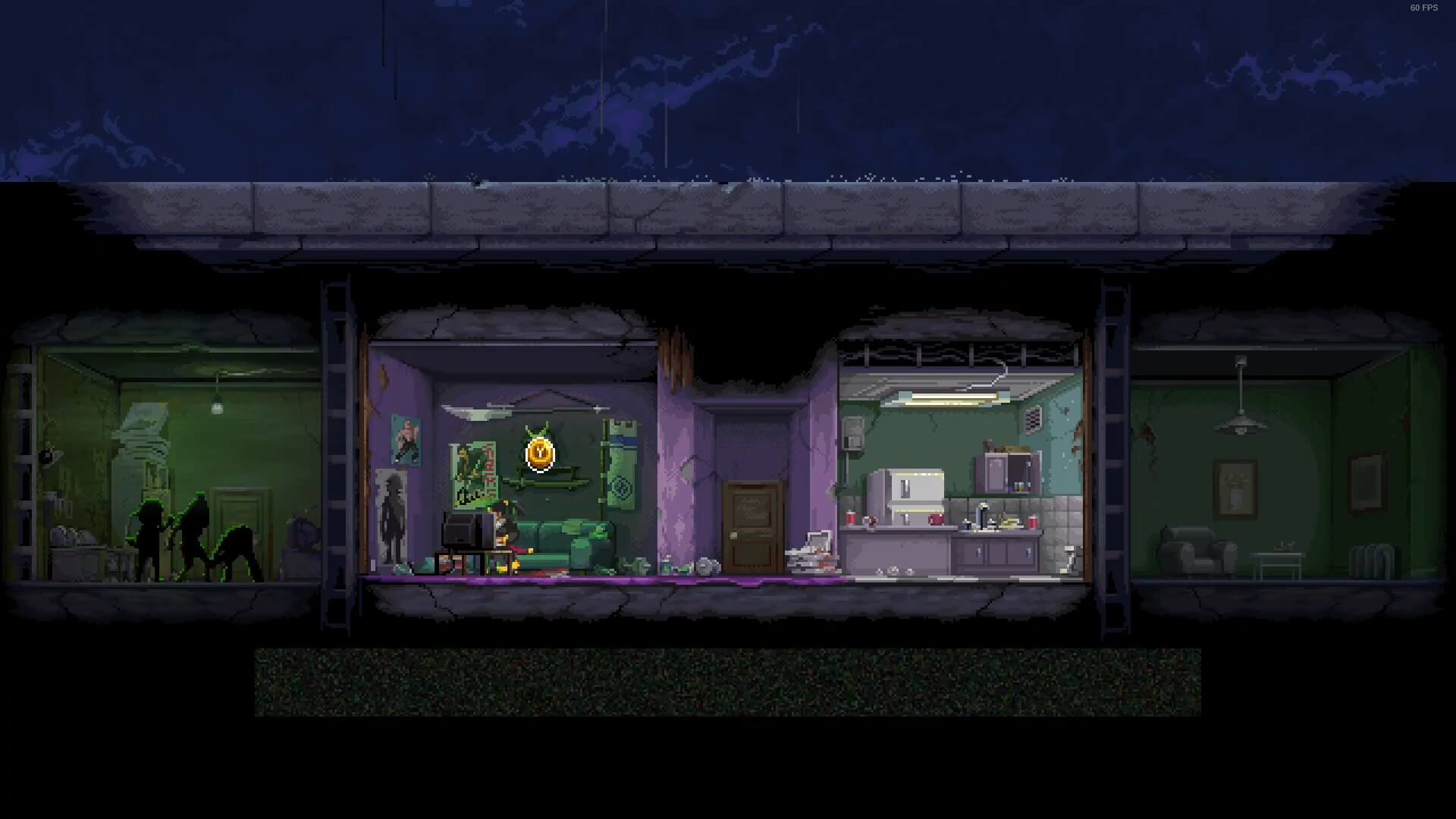 Katana ZERO does virtually everything right. It introduces intriguing mechanics and allows the player to use them in ways they come up with. It balances a very strange and mature story with the gameplay and integrates it throughout. It squeezes it all in a relatively short, but replayable, package that leaves you wanting more. It's hard to find all of these qualities in any game, let alone an indie title.