There was a SPIDER FIGHT!

Kill It With Fire DEALS

I have never had a good working relationship with spiders. Outside, we coexist for the most part, but inside, we wage war. I do appreciate their efforts to take on other pests, but that’s like putting out a fire with a grenade. Kill It With Fire instead gives you the fire and the grenade and lets you make all the aggressive moves. Now you’re playing the Predator and focusing your three-dot laser scope on the eight-legged nuisance that has seemingly taken over the world. 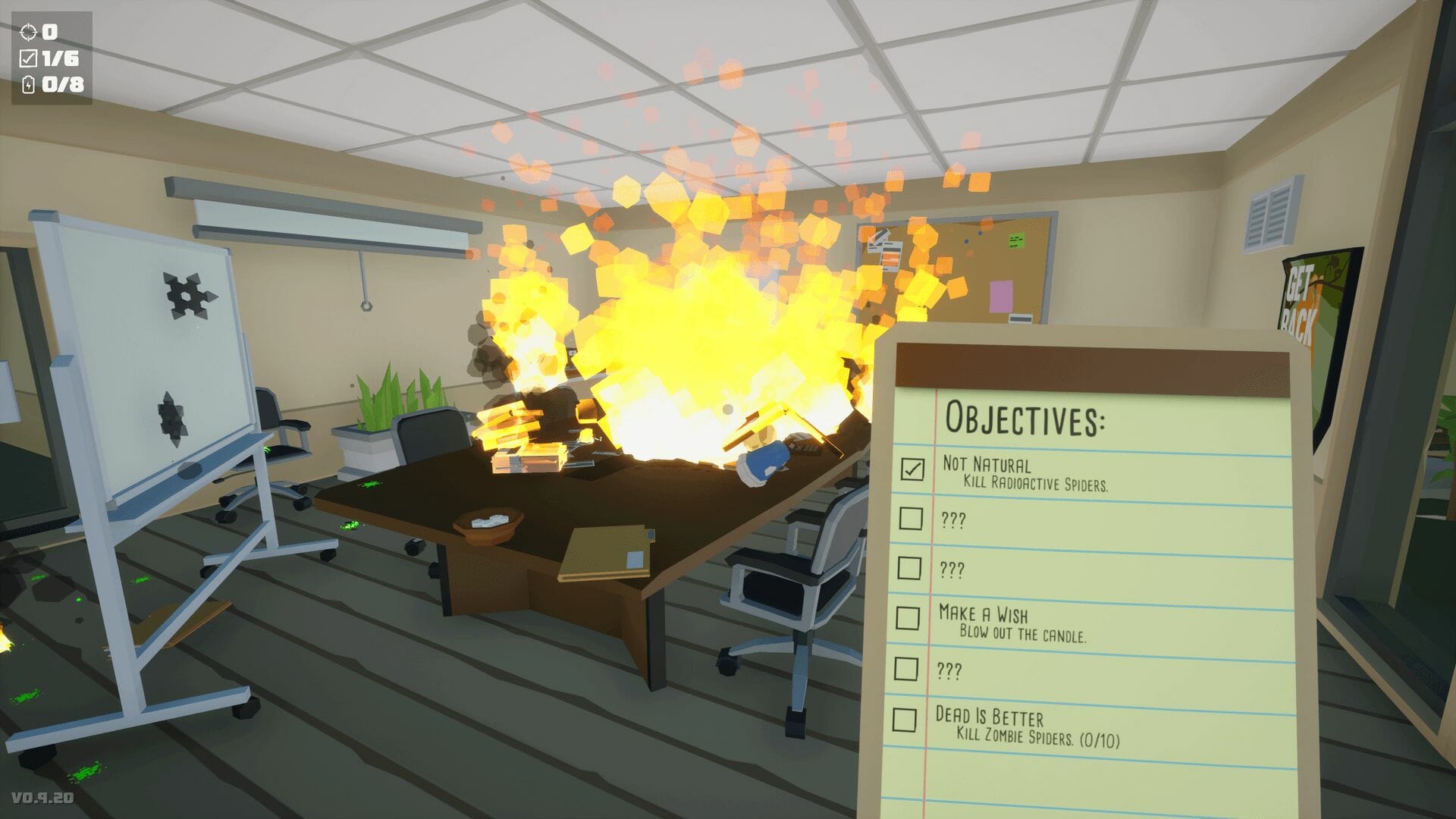 As a member of the Kill It With Fire Exterminators company, you single handedly are responsible for removing seemingly limitless spiders from households and businesses. There isn’t a lot of explanation for what exactly is going on in this environment. It is devoid of any other humans, though it seems they just left. Signs of life are everywhere, but the only things still moving are spiders.

Kill It With Fire is split up into nine levels, each of which is relatively small. They do seem a little larger at first since you don’t have a sprint function until you unlock it. Each level provides you with a checkbox list of tasks to do, but virtually none are required to finish the game. The only thing necessary to reach the exit of each level is killing the requisite number of spiders. Several doors have this same requirement throughout each level. The more spiders you kill, the more rooms you can access.

While you can skip out on many of the check boxes, most can be marked off by doing what you’d normally do. Usually, at least one task is simply to kill “X” number of spiders of a certain type. Completing all of the objectives for a level has more effects though. Sometimes it will unlock special crates containing new weapons. Finishing them all gives you the option to tap a boom box and start “Arachno-Gauntlet” challenges where you have to accomplish a task in a set time limit. These usually require using specific weapons and tools in the process. 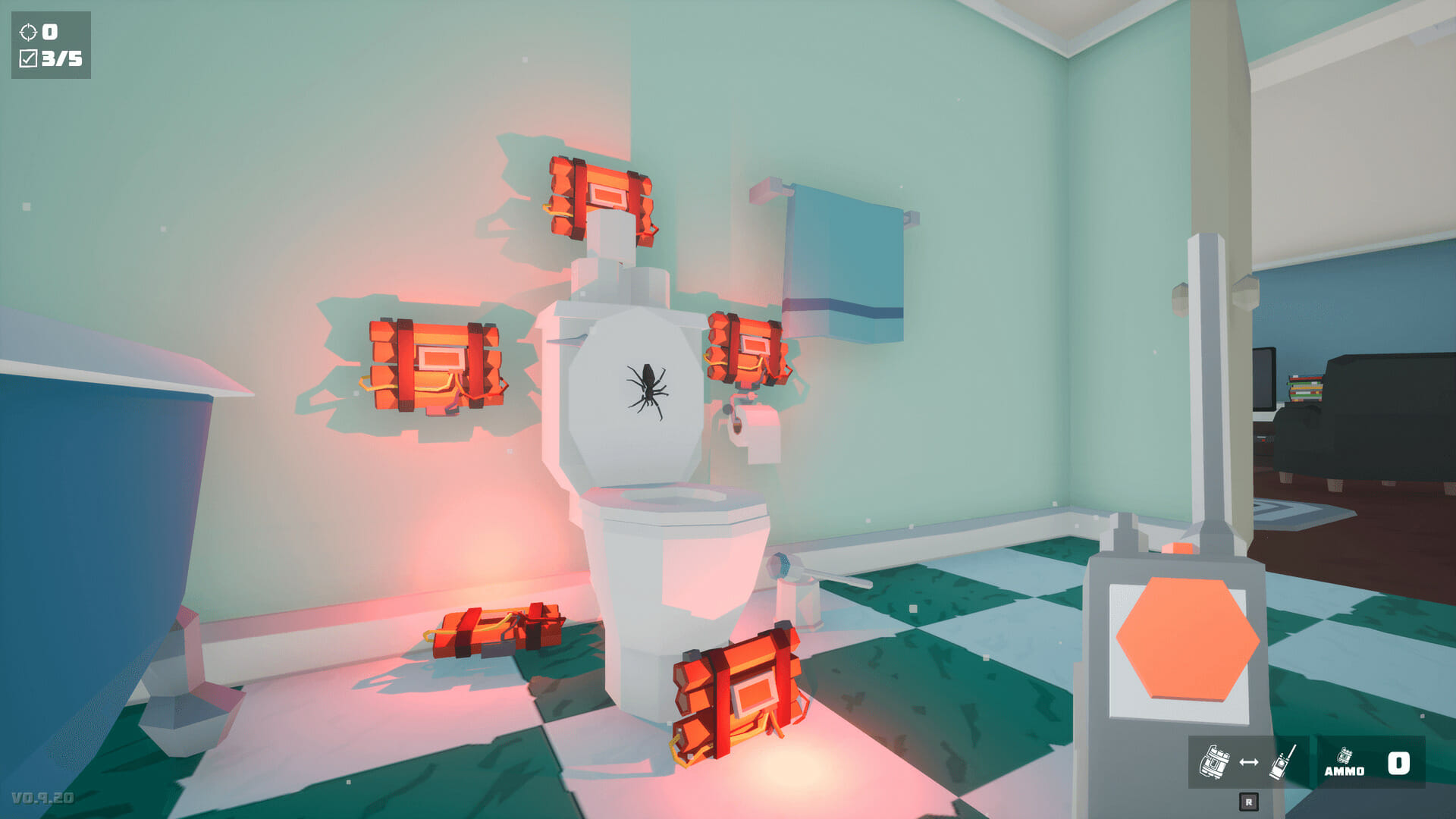 The weapons and tools you unlock are often the most enjoyable parts of Kill It With Fire. It seems like that was one of the primary goals for the design of the game. Though you can easily make progress falling back on any handful of weapons, even the clipboard you started with. The frying pan became my go-to weapon since it was both effective and didn’t require any ammo. However, it didn’t stop me from using nearly all of them liberally.

There were points in the game where you were required to use certain weapons such as for the main objectives or challenges. Some of these were a breeze to get through while others were seemingly impossible. Only after you unlock the “energy drink” item can you easily complete some of the tougher ones. The most difficult challenges required you to hit these tiny spider-sized spiders with guns as they zipped across floors and objects. The time-slowing property of the energy drink was the only way I was able to be successful with these.

The precision aim requirements for most guns can be rough but overall aren’t too detrimental to Kill It With Fire. I ultimately found myself getting much better at using them after some practice. However, the real fun is in things like the flame-throwing spray can/lighter combo and the rocket launcher. Tools like these, the Molotov cocktails, C4, and even the somewhat random weed eater were a blast to mess around with as I hunted down those sneaky arachnids. 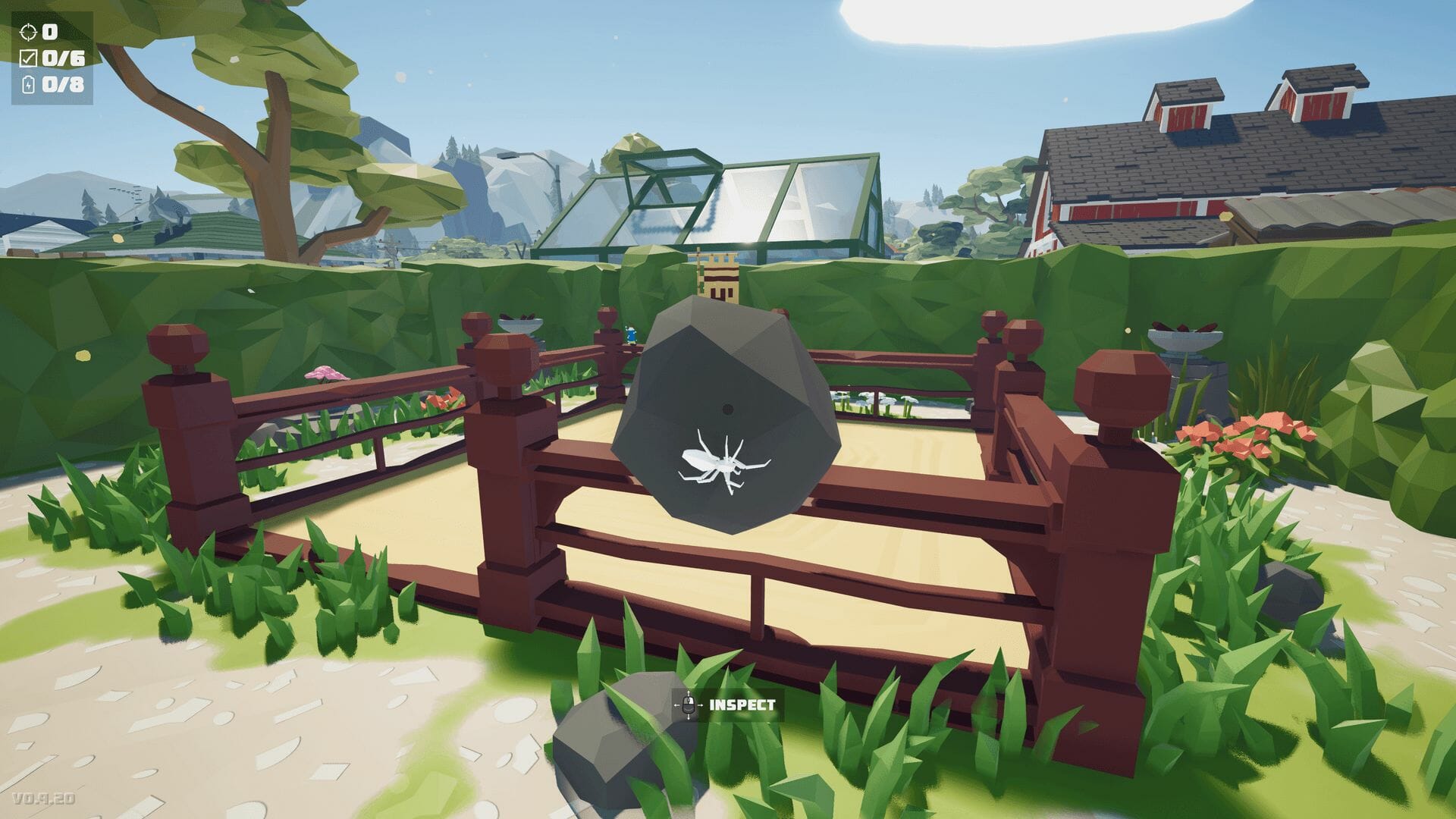 Caught in the web

There are a variety of spiders in the game, ranging from regular black ones to red ones that explode like a grenade when they die. Mixed in are queen spiders that spawn babies when killed and web spiders that launch webs at your face causing temporary blindness. These, among other interesting designs, are all fun to track down and obliterate with all of your tools. The issue is that they can’t do anything to you. In fact, nothing at all can.

While it’s sometimes nice to have a game that’s not all about dying to enemies, it feels a bit out of place in Kill It With Fire. I had the expectation going in that, maybe the early spider opponents wouldn’t do damage, but later ones would. That was not the case. There isn’t even collateral damage from nearby explosions. There’s no player health to speak of. I feel like the game could have had a great deal more depth (and probably longevity) if it explored a fail state that involved surviving deadly spiders.

The result is that Kill It With Fire presents a fun experience for its limited run time, but you can easily reach the end and do practically all of the extra stuff without breaking a sweat. You’ll make it there in a matter of a few hours. Then you’re left with little to do but revisiting old levels with all your gear. That doesn’t provide much additional entertainment. As it stands, Kill It With Fire is worth playing through, but it might be hard to justify doing that even at its fairly low price. If you have $15 to throw around though, it’s an experience that doesn’t fail to entertain, even without a lasting effect.

Key Provided By Publisher for Review

If you’d like to see more reviews about killing spider-creatures, check out Deep Rock Galactic or Earth Defense Force 5!

Kill It With Fire

Kill It With Fire is a raucous adventure in cleansing the world of spiders with a variety of crazy weapons. The risk-free experience is as fun as it is shallow.

Kill It With Fire DEALS