Lord of the Rings: Return of the King Game Review 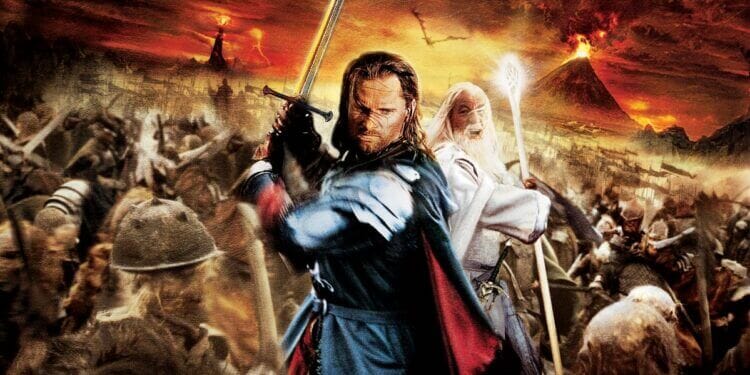 Over the years of its existence, the Lord of the Rings universe has gained a huge number of fans and has acquired a large amount of various content. This is not surprising, Tolkien had been working on his book for over 10 years, and he finally created a true masterpiece.

Its film adaptation became a hot topic in the 70s. Then, the book became one of the bestsellers in the USA and Europe. Since the publication of the final part of the epic — The Return of the King — in 1955, several attempts have been made to produce a film based on this large-scale work. The first successful attempt was the 1978 animated version. However, the book regained its worldwide popularity in the early 2000s thanks to the LOTR film series directed by Peter Jackson. It is now considered a benchmark, and all subsequent computer games, including the one we will talk about below, were created with an eye on the movie characters and Jackson’s style.

Interestingly, the game wasn’t developed only for the audience that prefers video game consoles. Microgaming, a casino software company, also developed a themed slot to play online. Blackjack Ballroom Casino was among the first branded casinos to provide players from the UK, Canada, New Zealand, Sweden, etc. with a place to spend time playing the slot featuring their favorite heroes. However, later, Microgaming’s license was terminated and now, there is no way to play this real-money slot. 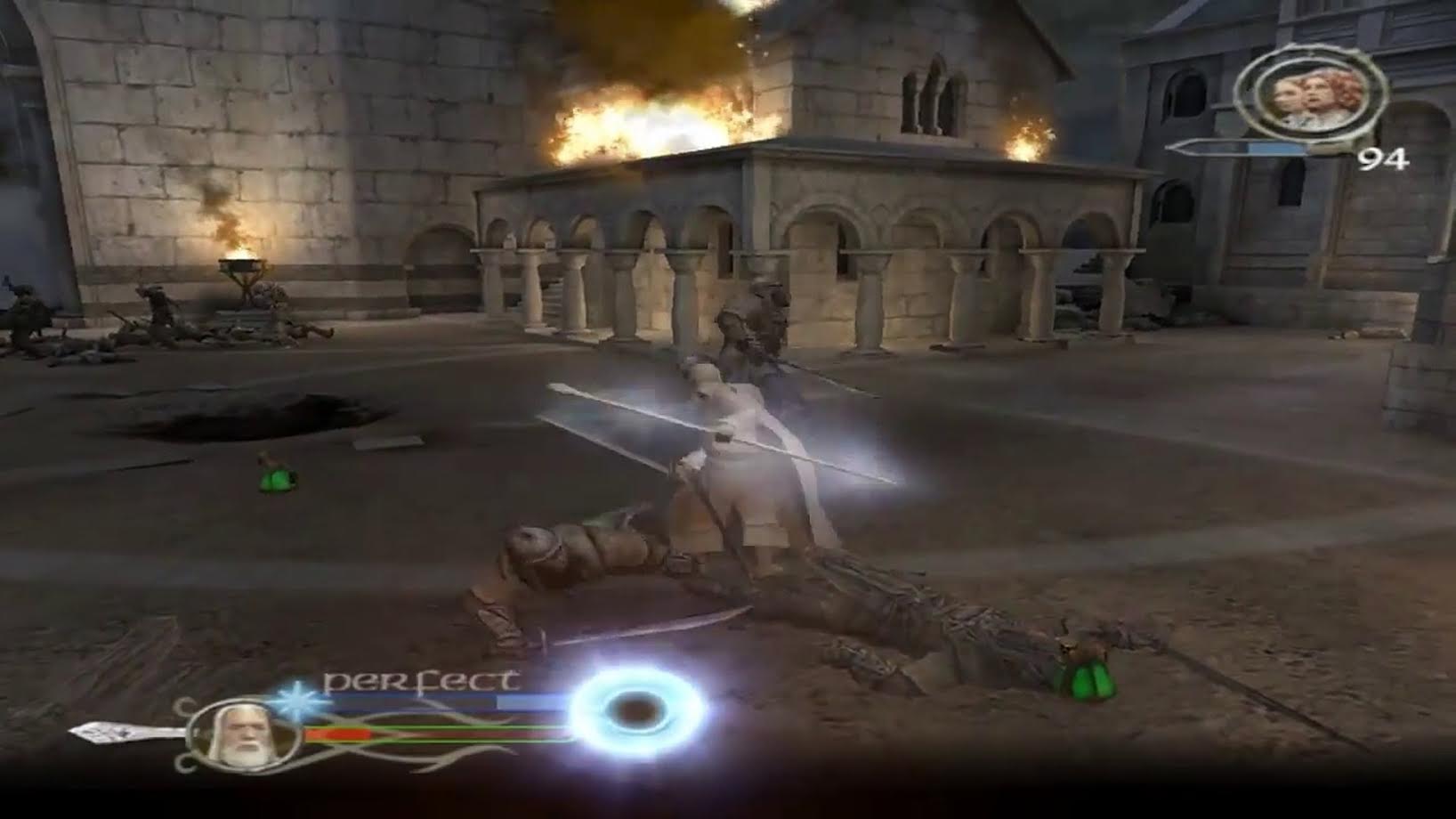 The video game is an action RPG with a third-person view. The camera is not tied to the character’s back and can be turned in any direction. The developers made a huge effort to create an almost completely interactive environment. Game characters can climb the ladders and ropes, throw spears, launch catapults and, of course, control their main weapons and skills.

It is worth remembering that this game is a continuation of the previous part, and therefore, it takes into account all the requests of players. These include the introduction of a co-op mode and an increase in the total number of playable characters. In addition, at the beginning of the game, players are asked to choose the mode they wish to play. There are three modes: the path of the Warrior, the path of the Wizard, and the path of the Hobbit. In the first case, three heroes from the previous part — Aragorn, Gimli and Legolas — will fall under your control. If you choose Wizard’s path, you will be able to play as Gandalf the White, and on Hobbit’s way, you will have to decide the fate of Frodo and Sam.

We will talk about the plot in more detail below, but here, it is worth saying that the game does not deviate much from the events of the film. Therefore, at all levels, you will see familiar locations and objects. Besides, the game versions were released year after year following the release of the film series. 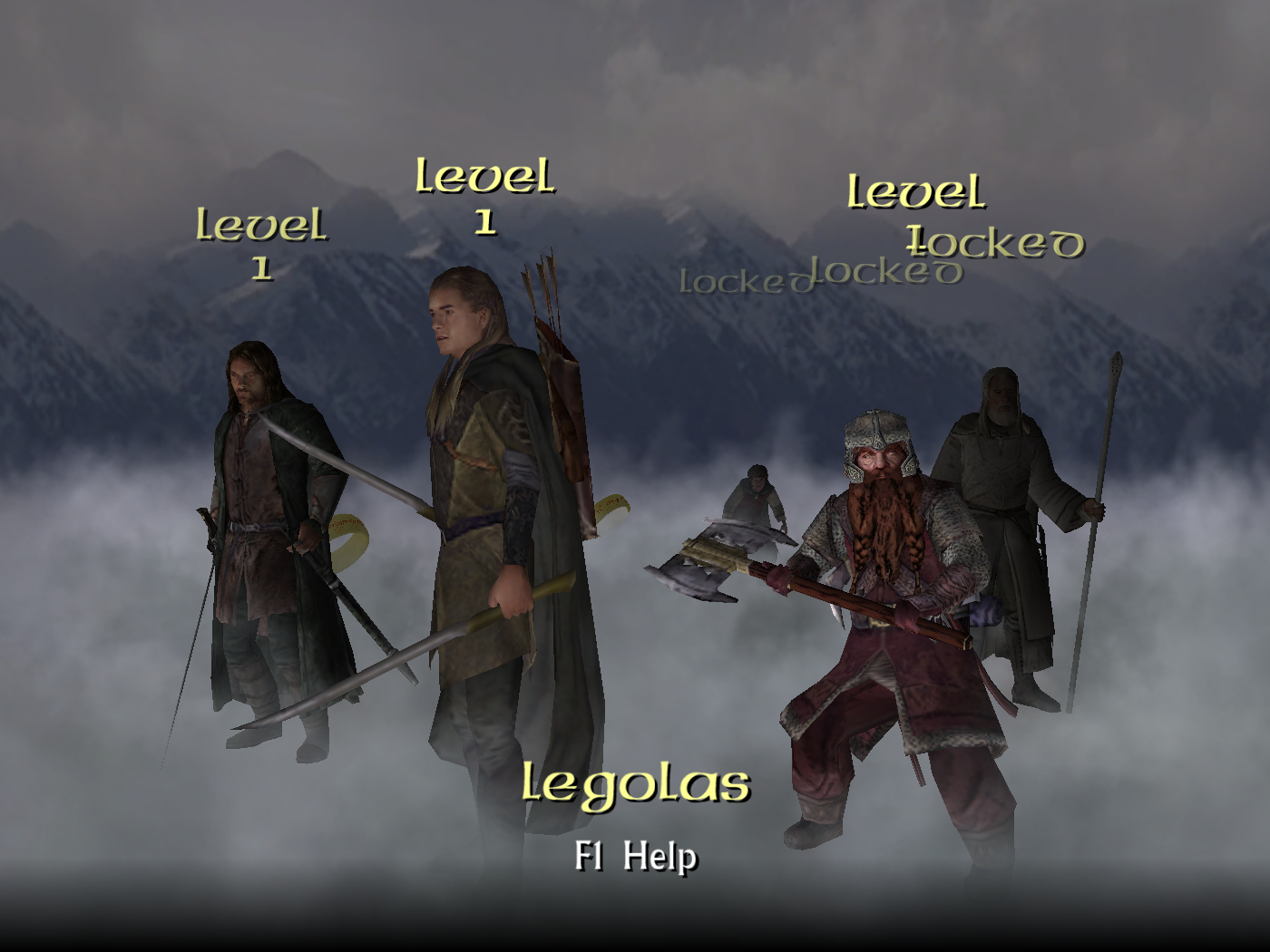 Since Electronic Arts collaborated with New Line Cinema and with Peter Jackson personally, the game developers were able to use real images of the actors who played in the film, their armor, and faces. Graphics quality is excellent, which is not surprising. EA applied their best practices when working with graphics and lighting. To make the characters of the game look like they did in the film, motion capture technology was used. In addition, the developers decided to double the texture density.

The levels themselves are not linear. Game makers managed to create levels of different types, where players were offered several options for completion, and the opponents immediately reacted to the decisions made. Thus, during fights, the threat could come from several directions at once. Shelob’s Lair and the Pelennor Fields are especially admired by players. The design of these locations was replicated carefully and accurately.

In addition to the standard levels where the task is to defeat as many enemies as possible, the game also contains rounds where the player’s reaction and decision-making speed is checked. One of the most important factors that affected the success of the game and contributed to its immersive atmosphere is background music and sounds. In Jackson’s trilogy, Howard Shore did a great job, using Richard Wagner’s leitmotif technique to provide almost every scene in the film with incredible pieces. The developers of the game managed to get permission to use some excerpts from Shore’s original score in The Return of the King. This was enough to recreate the atmosphere of Middle-earth on consoles and computers of the players.

As for sounds, we could mention that the game has passed the THX test. This indicates that the work on the sound in this game was done with the same diligence as the work on the film’s audio. All sounds that accompany battles and sieges — the clash of weapons, the stamping of feet, screaming enemies, stones being blown to pieces, and so on — were recorded together with the members of the team that worked on the movie trilogy. In addition to this, the film’s actors voiced some lines of their playable characters, while the rest of the lines were taken directly from the film. The exception was Sir Ian McKellen, who wrote down all the lines for his playable character from scratch.

When you look back and understand who was involved in creating this game, there are no questions left about why this game became so popular not only among the fans of the trilogy of films and the original book of Tolkien, but also among other people. A powerful publisher, a high-quality marketing campaign, a large team of specialists, and support from the filmmakers — these are all driving forces of the game’s success.

With such backing, the likelihood of failure was reduced to zero, and the creators of the game did not disappoint their audience. They created one of the most popular games of that time.

How to Start Doing Research Before Investing in Cryptocurrencies