Making Video Games Is Not a Dream Job 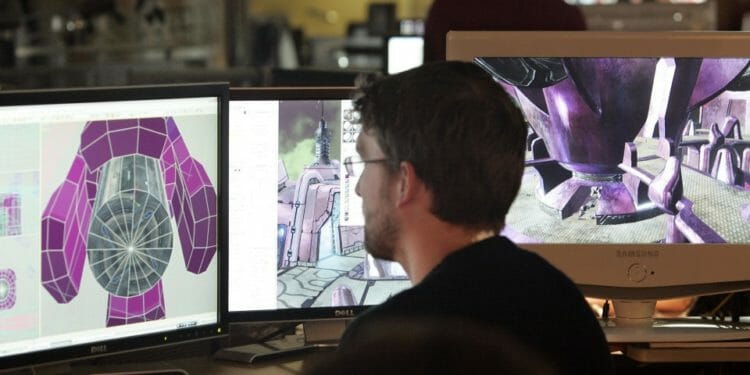 If you adore playing video games, then you might like to transform your hobby and passion into a job. You may also think that working as a game developer is something that you can only dream about… Although the industry is profitable enough, it is still far from perfect.

According to the New York Times article, the supply of talent in the video game industry is way higher than demand. There are regular layoffs, and 2019 was full of them. The year started with Activision Blizzard firing 8% of its employees. Then, ArenaNet, Valve, GOG, and Electronic Arts followed the lead. So, there’s always the flip side of the coin.

What’s it like to be a video game developer?

Now you know that it’s not that easy to get a job as a video game developer. Even for experienced developers, it is challenging. Still, if you do manage to nab a job, expect pretty good compensation.

In his post on Quora, David Mullich, a video game designer, mentions that programmers with less than three years of experience earn around 70,000 dollars a year, and that’s true. According to the Game Industry Career Guide statistics, game programmers and engineers get 72,000 dollars on average. But this figure can go up to 100,000 dollars.

However, David noted that the salary usually depends on the following factors:

The routine of a video game engineer usually comprises meetings, and monotonous work full of ordinary meticulous tasks. Often, the employees may experience a high level of stress because of unrealistic publishers’ requirements and expectations. Also, many developers work overtime to meet the game release dates and survive in a highly competitive environment. According to Venture Beat, 75% of game developers’ work still comes with crunches and extended hours.

So, working in the modern gaming industry doesn’t seem so good, does it?

It’s probably not any better than being a game developer who designs browser or online casino games (that has to be loveless job). Don’t worry, online slots from Katie has the best reviews for you.

But is it all doom and gloom?

The Real-life Stories of Game Developers

There are different stories in the game development world, and we would like to focus on a few of them. Most likely, this will help you see a full picture.

Maxime started as a software architect in a notable AAA company, Ubisoft. For the first two years, he worked on small titles for PSP. He enjoyed working on them, but still craved to try his hand at AAA projects.

His dream came true when the company offered him to port popular games like Prince of Persia: The Forgotten Sands and Assassin’s Creed 3 to WiiU, Xbox 360 and PlayStation 3. Although the games were a success, Maxime noticed that he lost much of his enthusiasm at some point. Many tasks comprised porting codes, fixing errors and optimizing the game until the release.

When Ubisoft finally empowered him to work on Assassin’s Creed Syndicate, he realized the “side-effect” of AAA projects. The team was growing, and they carried out the work on Syndicate 24/7 across many studios globally. His contribution to the game development became insignificant, and it was disappointing to him. Then he understood that he wanted to do something different.

So, he left Ubisoft and started to work on his project — indie games. Maxime admits that this move was brave as it revealed that he can enjoy the whole experience from game development.

Tim Schafer, started his career in LucasArts. He was 22, and he had just graduated from college with a computer science degree. When he got the job at the headquarters of the Star Wars empire, he couldn’t believe his luck. As Tim told, young developers could work on generating codes all night long. They were so happy and enthusiastic that they never thought the company might have exploited them. Continuous crunches were far more detrimental than he thought. His first marriage fell apart after a year of such a lifestyle.

Later, Tim started his own company (Double Fine) and took a different approach to work. His team works sustainable hours, which makes it more efficient. He doesn’t tolerate stress at work and tries to lead his colleagues by example. This has helped Tim realize that his family is more important than his work.

Do you know what your dream job is?

There’s a good article from Inc.com that may help you understand what a dream job is, and how to find it. Some components of a dream jobs are:

Every job has its pros and cons. And if you’re passionate about what you’re doing, then you should follow your dream and make the most out of it. But also remember to strike the right balance between your work and your personal life. What’s good about a job that puts on pause your whole life?

Fantasy Zone – Its a Cute ’em Up

Making Video Games Is Not a Dream Job Popular!