Man in the Box – Evil Within: The Executioner DLC Review

Read Patrick’s reviews of the other two Evil Within DLC: The Assignment, and The Consequence

The final and long awaited DLC for The Evil Within is finally here, and it ends things on a highly gory note. The Evil Within: The Executioner takes players into the role of the infamous Keeper–also known as Box Man–while he journeys through the horrifying nightmare that is STEM. His assignment is to find a number of infamous monsters from The Evil Within and take them out for good. This particular segment of The Evil Within takes a different approach from the other games and brings in an element of extreme violence and shady voyeurism, as we see through the eyes of The Keeper as he partakes in various gruesome activities. Not sure how that is possible with a guy with a safe for a head–but interestingly, it works.

The plot for this mini venture sees The Keeper in familiar territory, as he is tasked with eliminating a number of targets within the STEM nightmare in order to save his beloved daughter. The major change you will notice here is that player will see the Keeper’s disgusting journey through his own eyes. Players will traverse the game world, its various challenges, and even perform the combat in first person. An interesting means to view The Evil Within, taking it away from the 3rd perspective, and making things even more unsettling by getting players to perform grotesque actions with a front row seat. It works well to escalate the horror elements, and finally the black bars that block the screen are gone for good. Also, the loading screens hardly pop up in this expansion. Joy!

The first person view also helps in delivering a more intensifying experience when it comes to combat. The Keeper’s main form of combat is melee based, so like games such as Condemned, players will witness all the gory details and dismemberment in close proximity. Progressing through the game will unlock more weapons and upgrades that will help take on the larger enemies and more troublesome boss battles later on. To buy and obtain upgrades, The Keeper has to explore the world presented to him, scavenging through wooden creates, cupboards, and killing off wandering enemies to obtain tokens which can be used as currency. The combat experience is brutal and engaging, as larger enemies will fight back with their own weapons, and often these encounters become electrifying duels to the death.

The Keeper will also be allowed to test his skills and earn more rewards by taking part in multiple challenges within the game world. An arena type event where waves of enemies will be unleashed, and the Keeper must take them out as the difficulty increases. The Keeper is able to brutalize fallen enemies, pick up and throw NPCs into giant meat grinders, rip them apart with his vast array of weaponry, or simply crush them with his boot. It’s exploitive and over the top nature is wonderful to observe in first person, and an experience that’s rarely been seen. Think Zeno Clash meets F.E.A.R, or that Condemned was remade with more of a Gothic vibe. Its first person melee combat is definitely a refreshing and joyous experience compared to the likes of Outlast where running is the only option. I only wished that more games would venture into this realm. Even if the game does present little challenge to the most hardcore gamer. Only raising the stakes near to the very end. Slightly.

There were some minor graphical glitches to report on, and at times the controls felt slightly clunky when executing a finisher on a fallen enemy. But nothing that really broke the flow of the game. 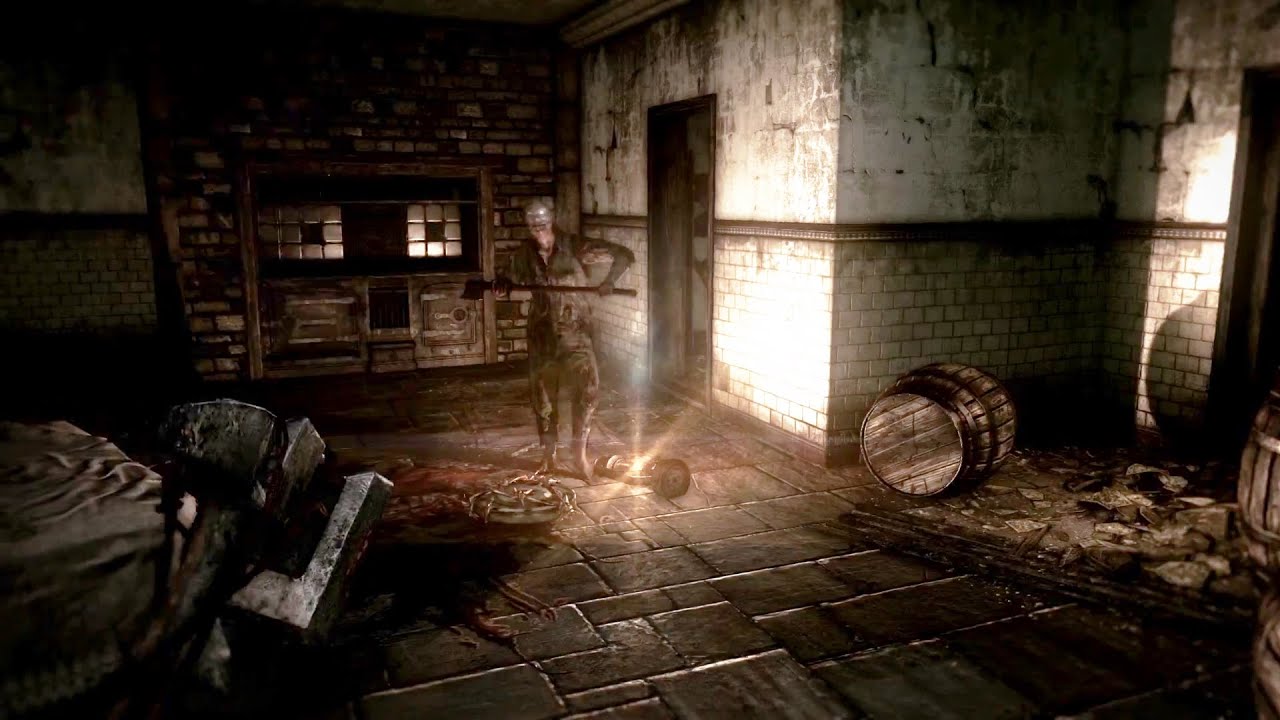 It was nice they introduced a narrative to The Executioner, but I would have enjoyed seeing new enemies and bosses that weren’t just reused from the previous segments. It’d be nice to see this DLC  be given a little more of its own character, seeing as though the gameplay worked so well to deliver something of a new experience compared to the rest of The Evil Within. But considering (by itself) its little price tag, I don’t feel it would ruin the immersion or enjoyment, as there’s enough to appreciate elsewhere. I would have also liked to seen some stronger puzzle elements in the game, something that would benefit from the first person view, or even being The Keeper and using his array of brutal skills–But the few moments avoiding trip wires bombs were nice little obstacles to overcome.

I was pleasantly surprised when completing the game and seeing the amount of unlocks and bonus given as a reward, meaning that there was plenty more reason to replay the game. New weapons, upgrades, and even new challenges were open to play after finishing the game, which lasted around 2 hours. Again, this makes it well worth the asking price.

Overall The Executioner is a gripping expansion that builds on the structure of The Evil Within, and brings in enough new ideas to make it impressively enjoyable. Being worth the asking price alone, I would have happily paid more to see this DLC expanded. Its intense FPS melee combat and a strong emphasis on horror make this a worthy and brutal experience for any survival horror fan.

The Evil Within: The Executioner DLC 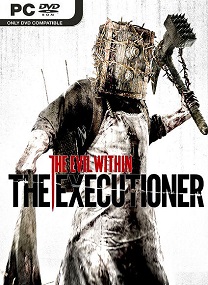 Watch Batman Drive Like a Crazy Person in Arkham Knight

Video Game Choices to Include All Family Members