Protect the world with your beloved superheroes!

My friends and I have discussed this game for quite some time, but now that Marvel’s Avengers has arrived on the market it is time to give a proper judgment with my review. I emphasize that this is not a definitive judgment given by the very nature of the game’s “Game As A Service” (hence GAAS) model. I expect many improvements and new content to come through post-launch support. Crystal Dynamics and Square Enix has repeatedly stressed how many new heroes will arrive in the coming months, with leaks talking about the possible additions of Ant-Man, Black Panther, and Captain Marvel. However, by not knowing in advance, I will focus on judging the game in the current state of things. Here is my Marvel’s Avengers review on PlayStation 4. 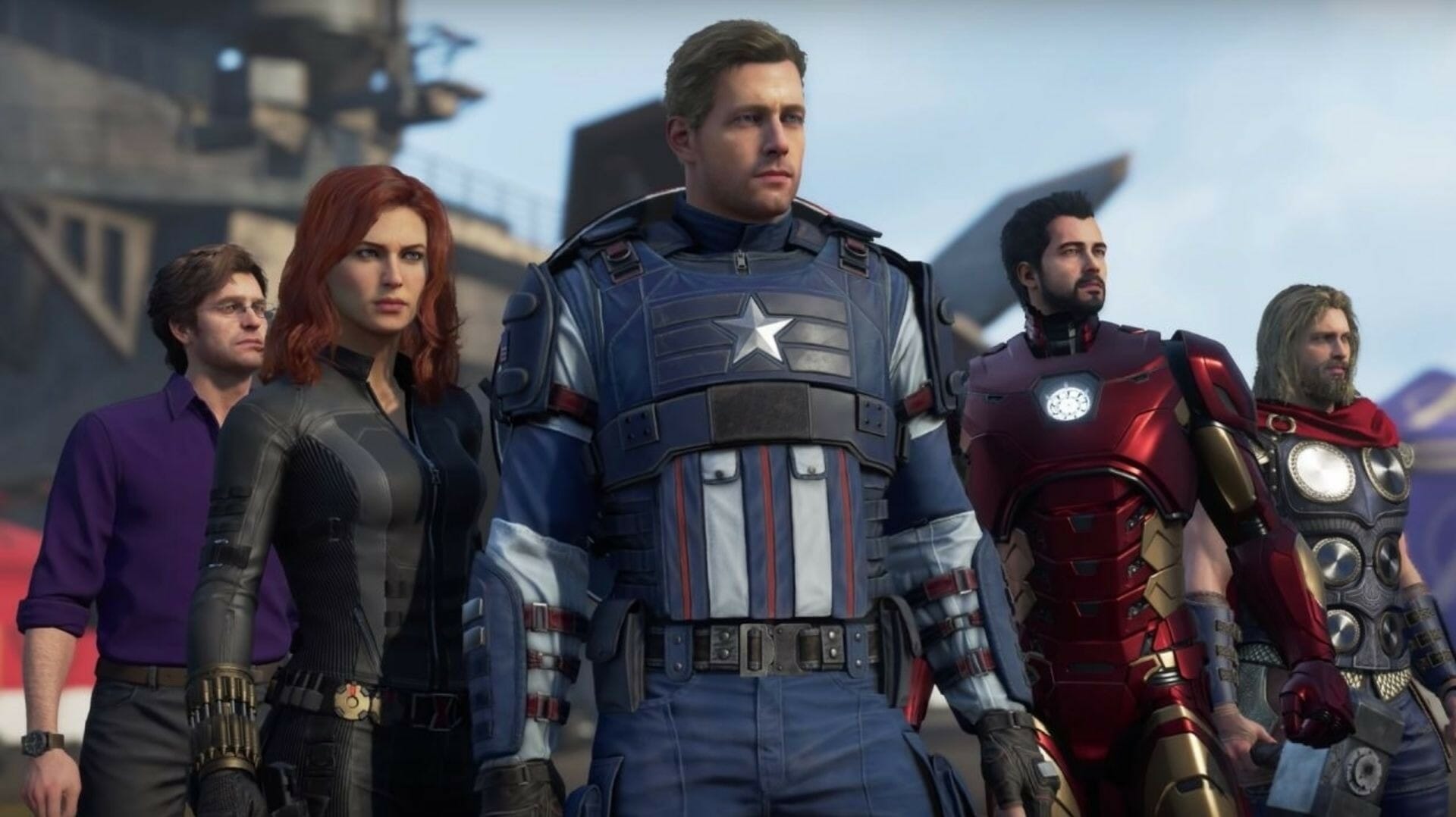 The Crystal Dynamics software house, with support for the publication by Square Enix, has the ambition of wanting to create the ultimate platform in which to set the video game adventures of Marvel superheroes. This is in all respects a video game universe, in line with what Marvel Studios has done from a cinematographic point of view.

Here, as mentioned above, we are faced with a GAAS, a constantly growing game that will be enriched with new heroes and their storylines. Given the magnitude of the multiverse created by the House of Ideas, the project has truly enormous potential. Potential that unfortunately has not yet been grasped and which at the moment remains a fantastic idea with many good intentions, but with mixed results.

As you will see in the review’s course, Marvel’s Avengers is divided into two macrostructures: the Campaign playable in single player and the secondary missions playable in cooperative. With the former not only being of much higher quality than the latter, it also appears to be Crystal Dynamics’ real priority, going against its GAAS nature. 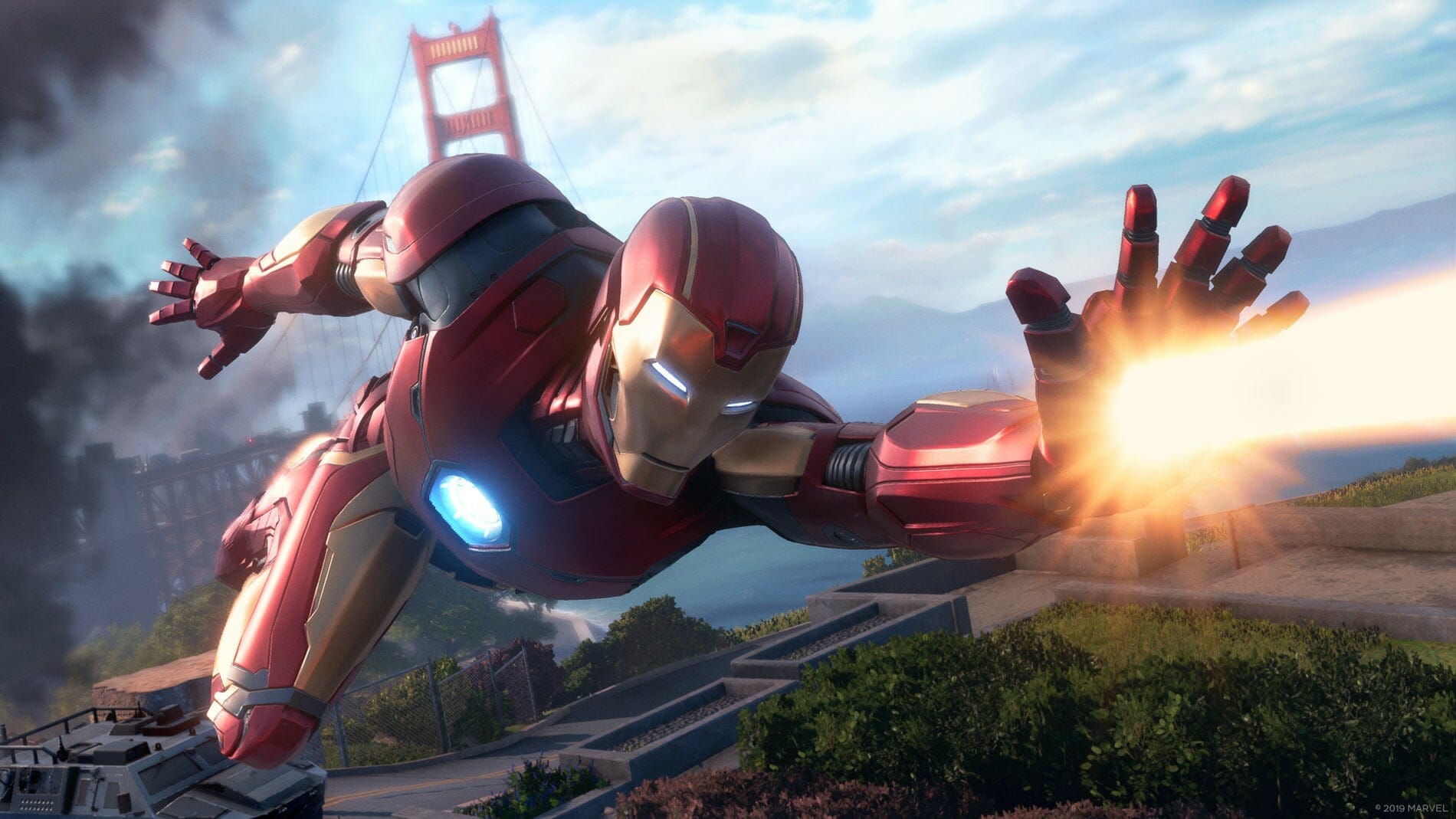 The Campaign is without a doubt the focus of the entire gameplay experience. The main adventure unfolds in a series of interesting missions, both in terms of storytelling and gameplay variety. Both those with a superficial knowledge of the Avengers and an enthusiast can enjoy the storyline in their respective ways.

All of this was possible thanks to the brilliant idea of ​​using a hero little known to the general public. Here we are talking about Kamala Khan, a heroine with the power to change the size of each part of her body at will. Kamala Khan is a Pakistani-American born in Jersey City and she represents the player, an Avengers fan who has the honor of joining the legendary group of heroes.

She is the best characterized character in the game, but Crystal Dynamics and Square Enix will also satisfy you with the characterization of all the major heroes present at the moment. The Campaign manages to convince me with the gameplay experience from the A-Day disaster, but at the same time leaving many doors open for future developments. 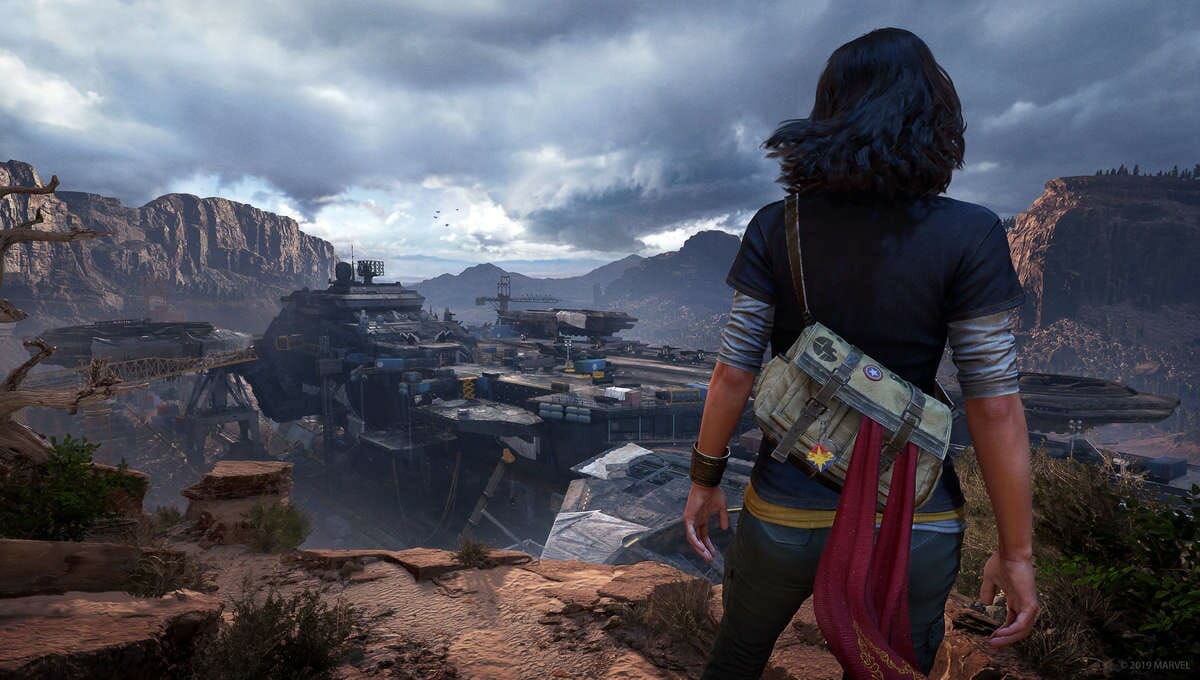 Unfortunately, the negative notes begin. The combat system is simple, immediate, and varied for most of the heroes in the game. Sure, some heroes have received more attention than others, like Hulk that suffers from a certain lack of options in combat, but on the whole it will satisfy you from this point of view. However, several imperfections undermine the overall enjoyment of Marvel’s Avengers.

At the moment, the game suffers from various bugs and errors in the handling of hitboxes. The latter sometimes, together with a woodiness in dodging, can be quite frustrating, especially at the highest difficulty. The game is crude in many ways. On my PlayStation 4 Pro, the game suffers from terrible frame drops in the most exciting gameplay moments, and often the animations in regards with the enemies do not work properly.

The potential for a good combat system, although not excessively deep, is there. The role-playing statistic component also offers customization possibilities with different builds, also thanks to the presence of shops dedicated to the factions. All of this, however, is overshadowed by the many problems that plague the game. 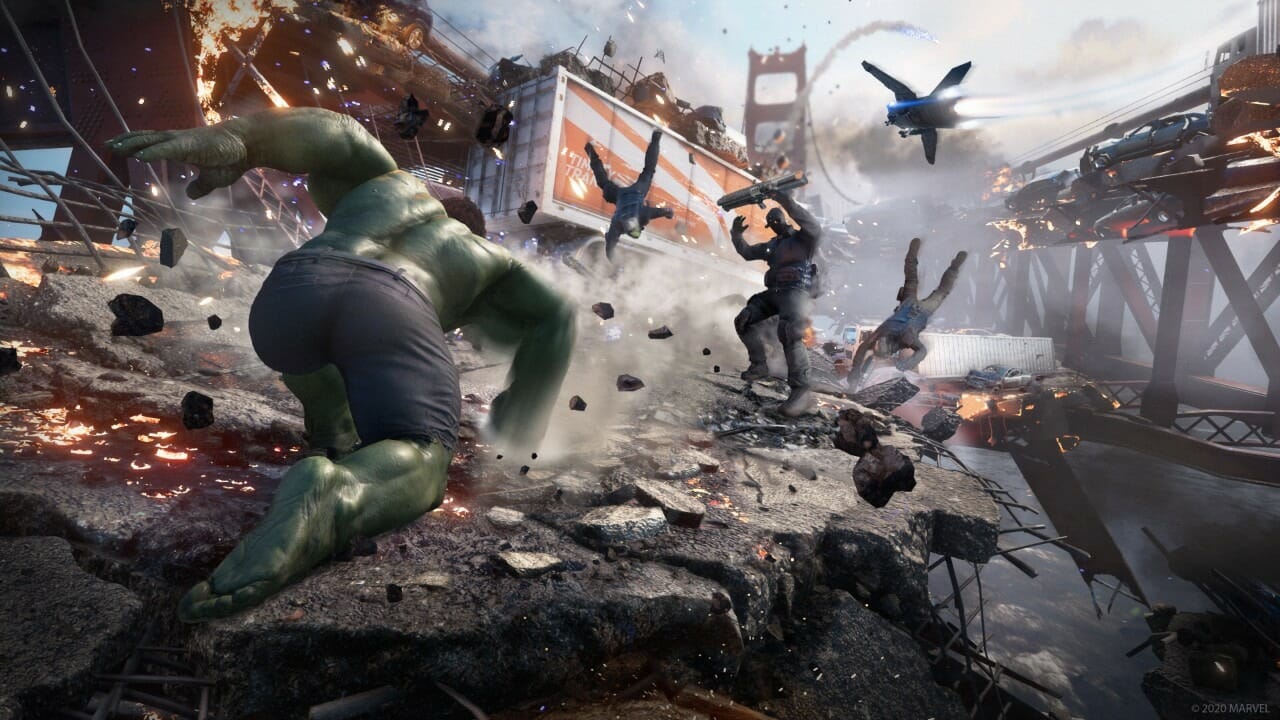 This kind of issue, which I am examining in my Marvel’s Avengers review, is highlighted during the side missions. Multiplayer missions often result in confusing combat sections. Also, at the moment, the game suffers from a certain weakness when it comes to the quantity of content. The War Zones, or the maps in which the missions take place, are currently only three.

This, however, can in some way be forgiven if Crystal Dynamics and Square Enix add more content very soon. It is the structure of these missions that suffer from a certain background repetitiveness which, given the extensive amount of hours required to reach the level cap of the characters, can get boring after a short time. The missions are all solved in the same way, and the objectives are practically always the same.

Not to mention the lack of bosses and the total absence of cooperation between the characters, I believe that the multiplayer mode of Marvel’s Avengers is something that needs to receive some urgent attention. Matchmaking is suffering from major problems at the moment, but the developers have promised to fix it ASAP.

As mentioned above, bugs and frame drops are very frequent in Crystal Dynamics’ Marvel’s Avengers. Adding to these issues, the rather long loading times and the overall picture quality is not a very positive sign. Too bad, since the general glance is not bad at all.

The models of the characters, in particular of the protagonists, are very well made and the settings are very pleasing and easy to use. The great destructibility of the environments, especially in the interiors, increases the feeling of actually playing very powerful heroes. 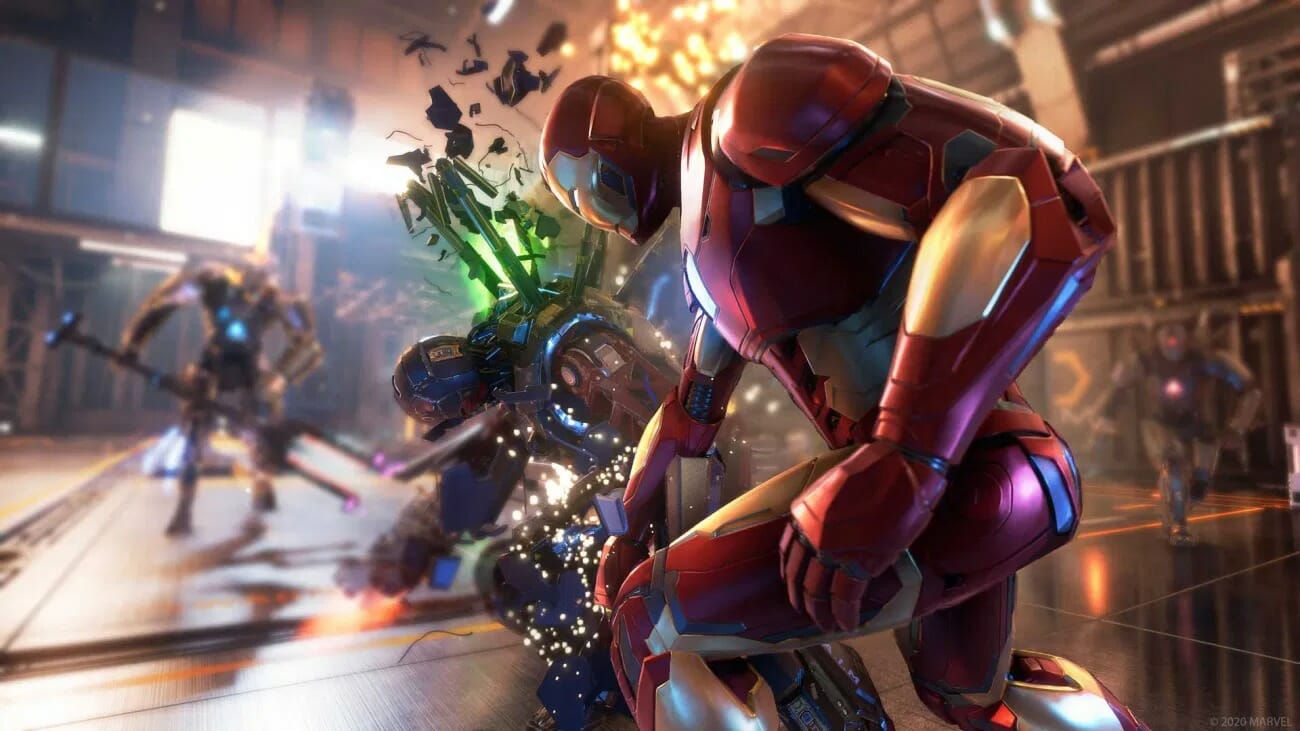 Do you want to try Crystal Dynamics and Square Enix’s Marvel’s Avengers? What do you think of my Marvel’s Avengers review on PlayStation 4? Please leave your thoughts in the comments below. Are you interested in more recently released games? Check out our reviews for Drake Hollow, Samurai Jack: Battle Through Time, WRC 9, and NBA 2K21.

Marvel's Avengers is not a game that needs to be thrown away. The different heroes are well characterised and diversified. I hope that Crystal Dynamics will focus on the critical aspects, to come up with a great product that enhances their great idea, even if we are currently dealing with a rather raw game.

Game Brands That Have Been and Gone

Game Brands That Have Been and Gone