Take your country back by any means necessary! 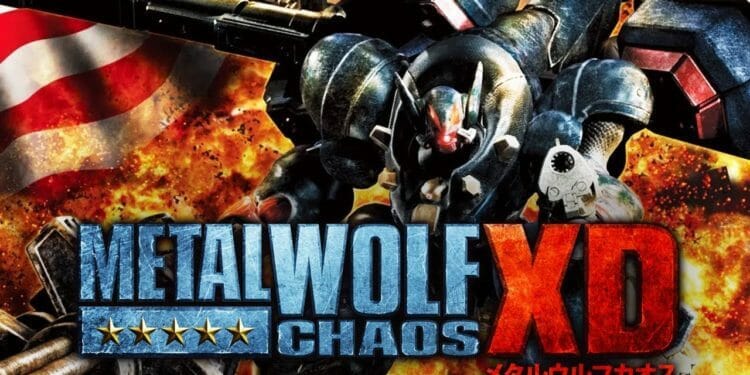 Metal Wolf Chaos has been re-released and remastered for the current generation of consoles. The original title was released exclusively in Japan on the original Xbox fifteen years ago. FromSoftware developed the game. At the time, FromSoftware was already a respected developer and was mainly known for the Armored Core series.

To gain a foothold in Japan, Microsoft wanted to add a studio to develop games for the Xbox, which was struggling to be successful in the land of the rising sun. The game, therefore, had to become a so-called Mech game, something that appeals to the Asian public.

Metal Wolf Chaos was born, and now, fifteen years later, the game sees the light of day in the West through a remastered version. Is this remaster a success, or is it a big rusty chaos? 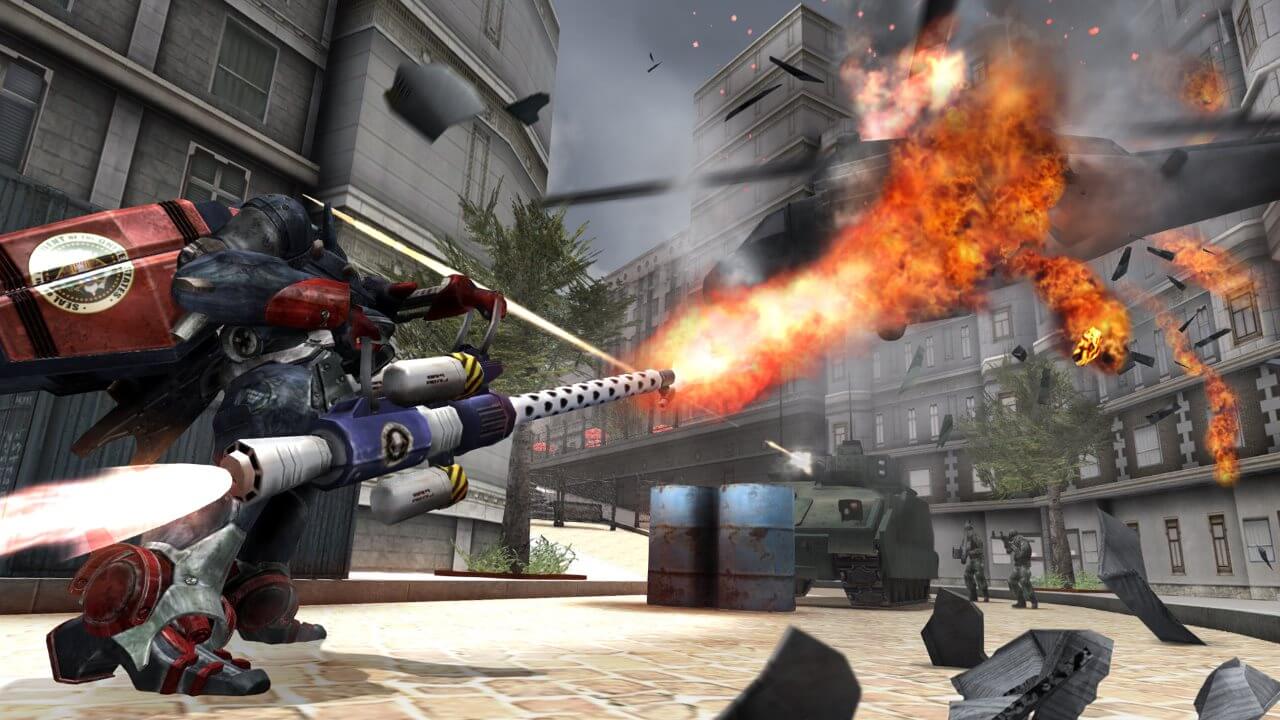 Metal Wolf Chaos XD takes place in the near future in the USA. The country has fallen into an economic decline. Under the leadership of Vice President Richard Hawk, the army is taking a coup to expel current President Michael Wilson. However, this President is not giving up and uses his mech to play the superhero that America needs. After all, the country must remain the place of unlimited possibilities, a home for the brave and the free patriots.

The story is all exaggerated through the eyes of the Japanese, and that makes the game nicely over the top. The President’s assistant has given each mission an exaggerated name. CNN is now DNN that serves as a propaganda channel trying to set the American people against the President.

After all, the President is the bad guy who is helping America into the abyss and is therefore seen as a terrorist. The truth is, of course, the exact opposite. This form of media manipulation was just as relevant then as it is today.

Anyway, you are trying to free the cities through various missions and ultimately save the entire US from collapse. Destroying specific structures such as a massive cannon on Alcatraz within a time limit, defeating other Mechs or simply wiping out the enemies in one level, makes the game simple in design. After all, the gameplay itself needs no more than this. 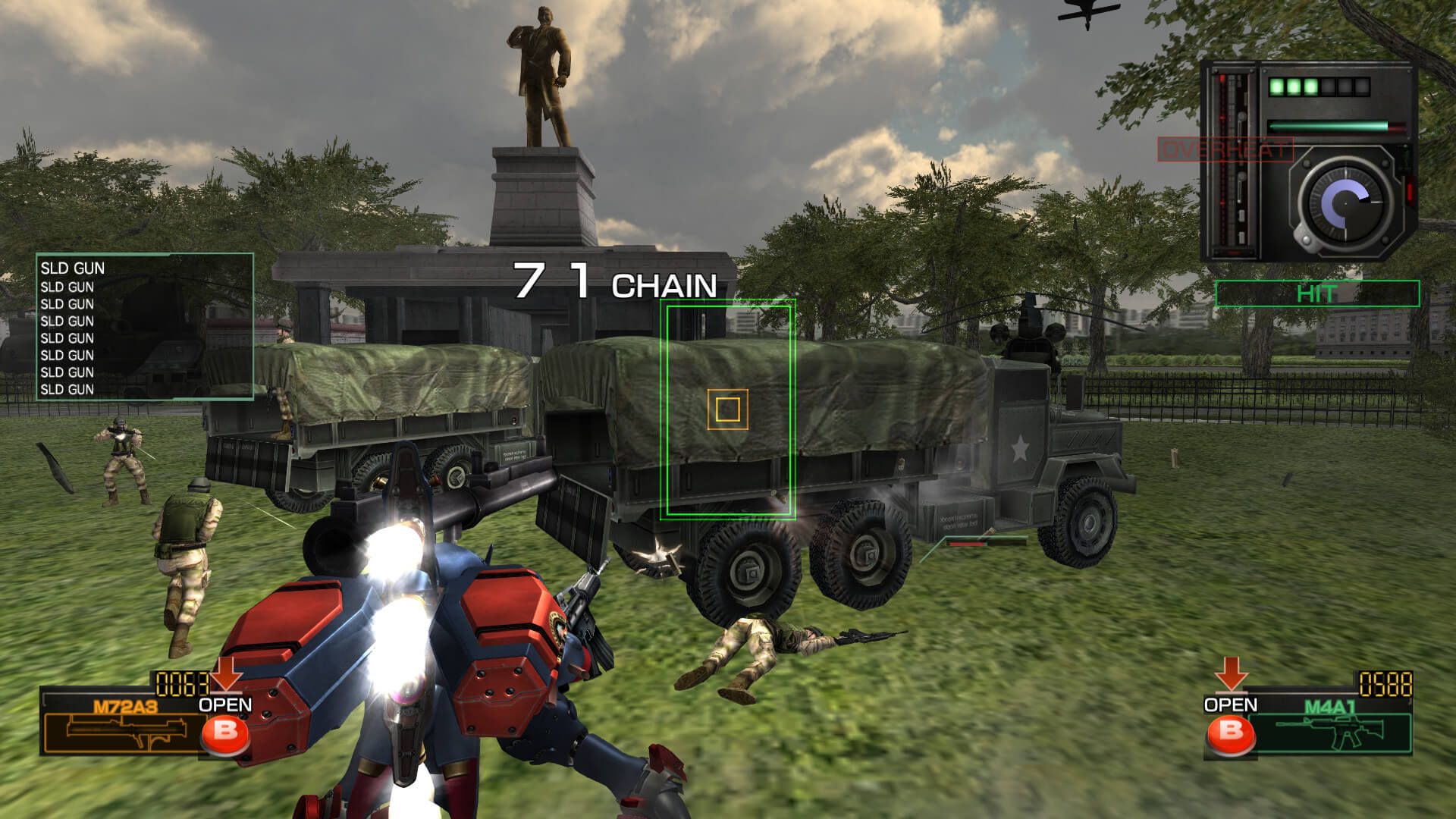 Metal Wolf Chaos XD originally dates from 2004, which can be seen in both appearance and gameplay. With the story as a starting point, you have to shoot countless enemies with an arsenal of weapons. This is linked to a scoring system, which is explained at the end of each level.

You can improve your score by creating chains, or defeating as many enemies as possible shortly after each other. Each weapon has unique properties, which means that you have to make the right choice by using the best weapons throughout the level. It’s simplicity at its best, which fits well with a Mech game like this.

The gameplay is woody and rigid, although it usually works well. The controls are clear, but not satisfactory. With the left stick, you can move your mech through the level. The left and right trigger are for shooting. A is for jumping and B is for scrolling through the weapons selection wheel. B is also the button for skipping cutscenes. If you want to skip the cutscenes and press B, you will sometimes find yourself in the weapons selection wheel unintentionally.

This was maybe fine in 2004, but nowadays, operations are more intuitive and better placed on the controller. Levels are simple in design, although platform game elements are occasionally applied. Finding specific mission goals, for example, is accompanied by figuring out where things are hidden. This fact makes you want to figure out every corner of a level.

After completing these levels, you will receive a reward in the form of money. You can use this to improve the weapons and to invent new weapons. Your mech also becomes stronger by finding energy cells. This is a simple but effective progression system so that you are strong enough at the end of the game to beat the final boss. The sound is just wrong. I know how the original game sounded like, and it looks like this has been transferred into the remaster. Mixing is of an absurdly weak level. In-game speech is very soft, those of the cutscenes are somewhat normal, but those of the DNN is crackling loudly from your speakers. The sound effects and music often disappear entirely in the game.

The sound effects themselves are also extremely fickle. Sometimes you don’t even hear the bazooka, and sometimes the M4 is too loud. You hear the jet on your mech, but the effect is something that could have been better even in 1996.

Graphically the game is not unique, and you can consider it as a representative for 2004. The textures have been refurbished because the resolution has received a significant boost. Metal Wolf Chaos XD also has enough variety in the levels, so it is not always repeated. Many assets, such as containers and cages, have of course been reused. This is more because these structures contain bonuses.

This must be applied consistently, so I certainly do not count the game on that. It also looks very sharp thanks to the higher resolution and occasionally produces sleek images. The frame rate is a special one. Although it runs mainly at a perfectly stable 60 frames per second, the game collapses more than once. It always happens in busy scenes. This indicates that the game has simply been transferred from the original game, as I already mentioned with the sound. 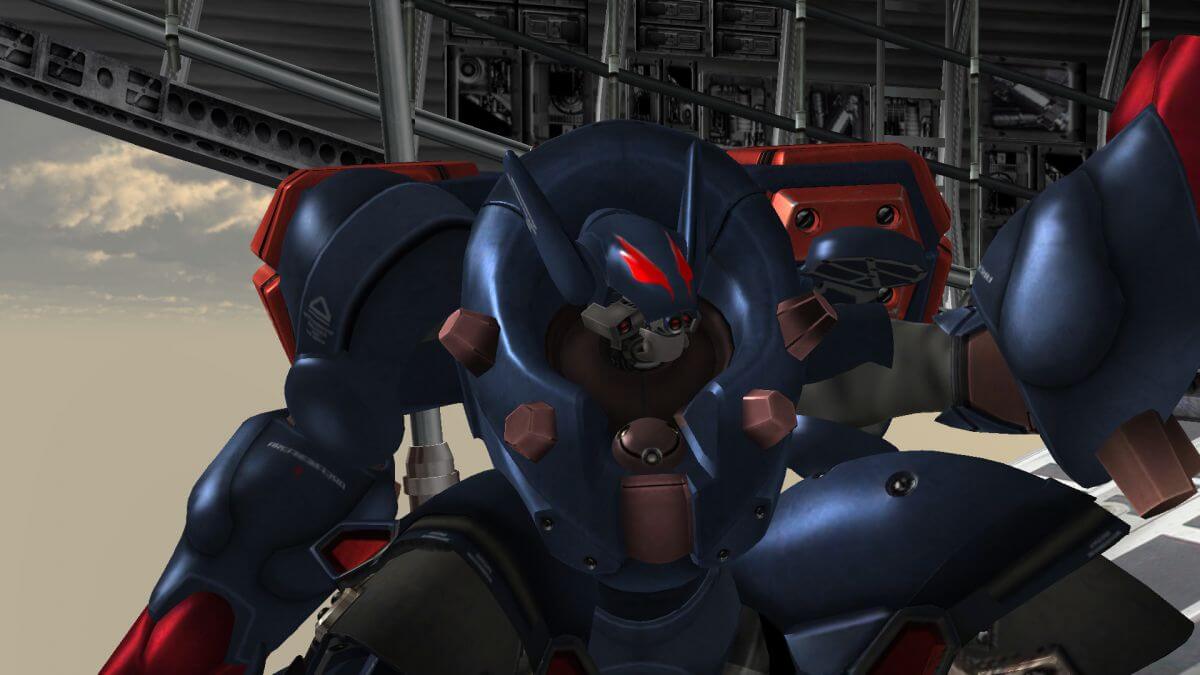 Metal Wolf Chaos XD is a straightforward mech-shooter. By combining the principle of kills, you increase your score through the chain that you create. The game has hardly been polished in terms of sound, something I see as a no-go. If you a real fan of FromSoftware and like these games, then feel free to buy it. For non-enthusiasts, there are better games out there.

Metal Wolf Chaos XD itself is not bad, but not special either. As legendary as FromSoftware's Dark Souls is, it is far from that. The game is old news and mediocre, and that is a pity.