Monark is the upcoming JRPG from Developer Furyu which features ex Atlus developers and those who worked on the Shin Megami Tensei series. As such, it’s no surprise that the title quickly grabbed my interest as a religious fan of the SMT franchise for its unique premises, endearing characters, and engaging gameplay. After playing through Monark, I found that it thankfully exhibits many of these elements but unfortunately fails to execute them to the same degree. 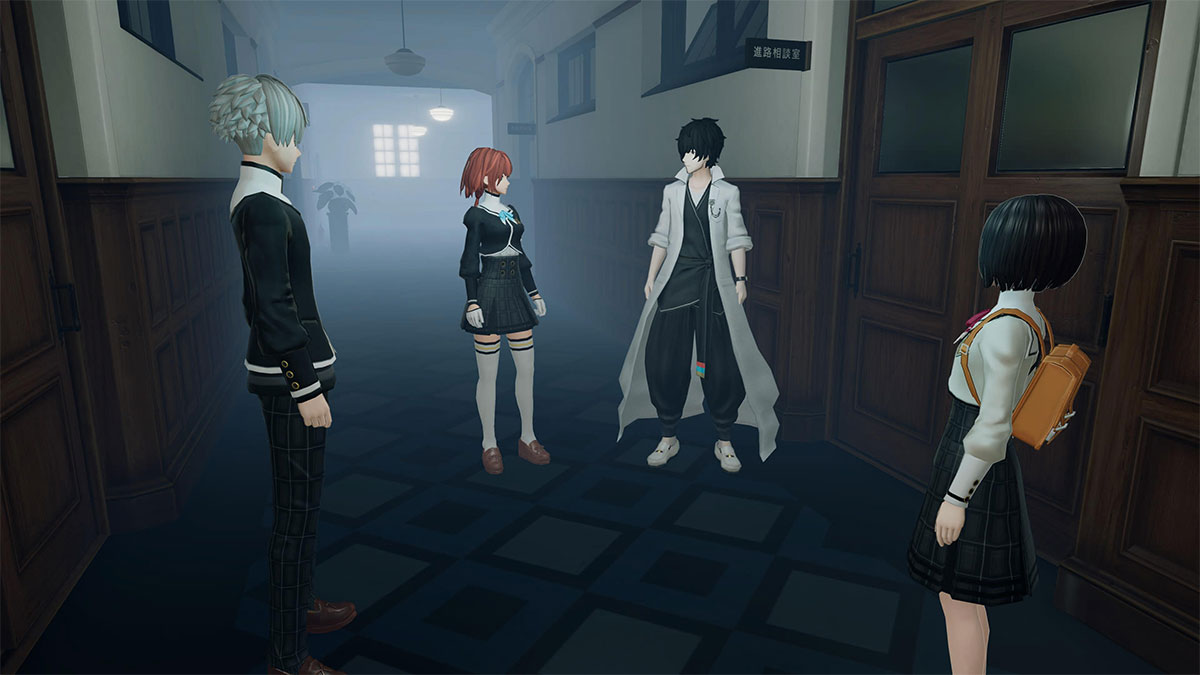 Monark follows an unnamed, silent protagonist with a case of insomnia and a student of Shin Mikado Academy, a school plagued with a mysterious madness-inducing mist. Other threats plaguing the school include the Pactbearers, super-powered individuals with the power of Monarks, beings who have daemonic authority based on the seven deadly sins. You, as the protagonist, have the authority of Vanity and, with the help of other super-powered schoolmates, are tasked with beating each Pactbearer and expelling the mysterious mist from the school once and for all.

The first thing I noticed about Monark’s peculiar premise is that many of its mysterious elements are unexplained right from the get-go, such as the mist, the otherworld it seemingly comes from, and the mysterious powers of the Pactbearers and their origins. The game asks the player to play through a significant portion of it to learn the answers. While this is a common trope in games, especially that of the JRPG genre, I noticed that this time it only succeeded in creating a slight disconnect between I and the story. Thankfully, Monark has other aspects that’ll engage the player narratively, such as its highly endearing characters, most of whom are what kept me playing the game. Each character has a distinct personality and has dialogue matching said personalities. While most are still unsurprisingly tropey, many are still unique enough to entertain. Additionally, the voice cast (both English and Japanese) did an excellent job of portraying and supporting these characters and their interesting personalities.

Gameplay-wise, Monark follows the tried and true JRPG formula with a pinch of the Furyu aesthetic. Players take control of their Vanity and their companions in turn-based combat. Each attack or skill has a specific range, some larger than others, so both you and your opponents often have to “wait” until you’re both in range of attack. However, to get full efficiency in battles, players can also use moves like “Resolve”  for each character which adds the percentage towards their Awakening, which when full allows for a deadly move on your opponents. Players will also have a myriad of powerful and tactical skills at their disposal unique to the Pactbearer. An example of this is your ability to copy both the skills of your party members and enemies.

However, in order to balance things out, the game incorporates a Madness system which exists both in and out of combat. Like Awakening, the Madness bar fills up every time you use a move, with some moves filling up the bar more than others. Your character goes mad once the bar fills up and cannot be controlled during battle. As such, players will always need to keep an eye on the said bar while planning out attacks. Outside combat, the Madness system is more forgiving and only fills up while roaming around the mist. If the bar fills up, you’ll be forced back to the infirmary and will have to restart the section. Though this can be easily avoided by taking items that prevent madness.

While this may prove to be a minor inconvenience to some players, the real glaring issues are only visible as you get more familiar with the game. The first issue I found gets insanely grindy as you progress through the story. This is mainly because you start out as weak as possible and don’t level up the way you’d expect. To actually level up, you’ll have to use the XP you earn in a battle called “Spirit” to gain skills which then levels up your characters and party members. However, the amount of Spirit you earn in story battles (which are very few) isn’t nearly enough to level up all party members, which results in you having to grind hours on end to even the odds.

Though I will give credit where it’s due, as thankfully, the process of grinding isn’t as painful as in other JRPGS because players can instantly enter random and past battles through their phones and keep repeating that battle pretty easily. After pointing this out, it’s fair to say that Furyu knew precisely what they were doing with this design choice, which only looks bad on the developer. Another unsavory aspect of combat is that enemy designs (aside from bosses) are extremely bland and repetitive, with the same skeleton-type monsters plastered onto every section of the game. Couple this with the painful amount of grinding you’ll have to do, and you’ll be sure to get bored of combat very quickly.

However, it’s not all grim and woe, as Monark still has elements that make the game highly engaging. One of which is its interesting puzzles that surprised me with their level of creativity and the numerous “Ego Analysis” questions you’ll often be asked to answer to determine your attributes. Additionally, while the character models and environments aren’t awe-inspiring, the character illustrations are nothing if not remarkable. They are one of the best parts of the game, second only to the fantastic soundtrack of J-pop songs primarily heard during boss battles. 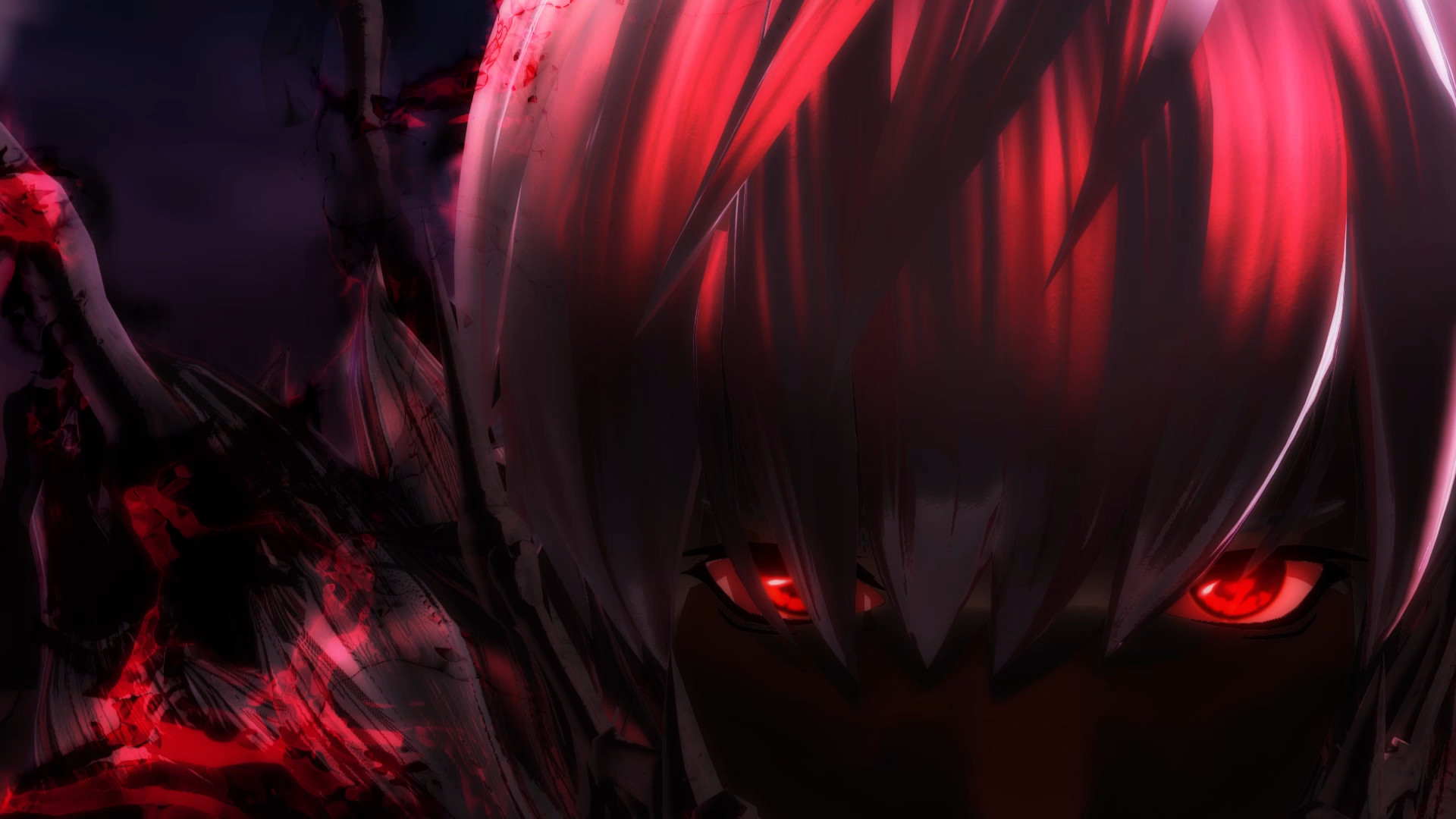 Overall, Monark is truly a mixed bag of a game. If you aren’t an avid JRPG player, you’ll be left stumped and perhaps even exhausted at many of its elements. However, if you’re able to look past all that, you’ll find a game that has a lot of amicable features. Though I’d still advise you to wait for a sale.

Monark is truly a mixed bag of a game. If you aren't an avid JRPG player, you'll be left stumped and perhaps even exhausted at many of its elements. However, if you're able to look past all that, you'll find a game that has a lot of amicable features.

[…] is yet another title from Furyu and NIS America with a unique aesthetic but a basic premise. And while the game has a […]