Slay the Spire on rails!

Monster Train joins an ever-growing collection of deck-building roguelite games that share notable similarities to Slay the Spire. While the genre has been around, in various forms, for several years, it has only recently taken off in popularity. The comparisons to Slay the Spire are warranted, but Monster Train builds on the formula in enough unique ways that it should stand out well above the crowd. 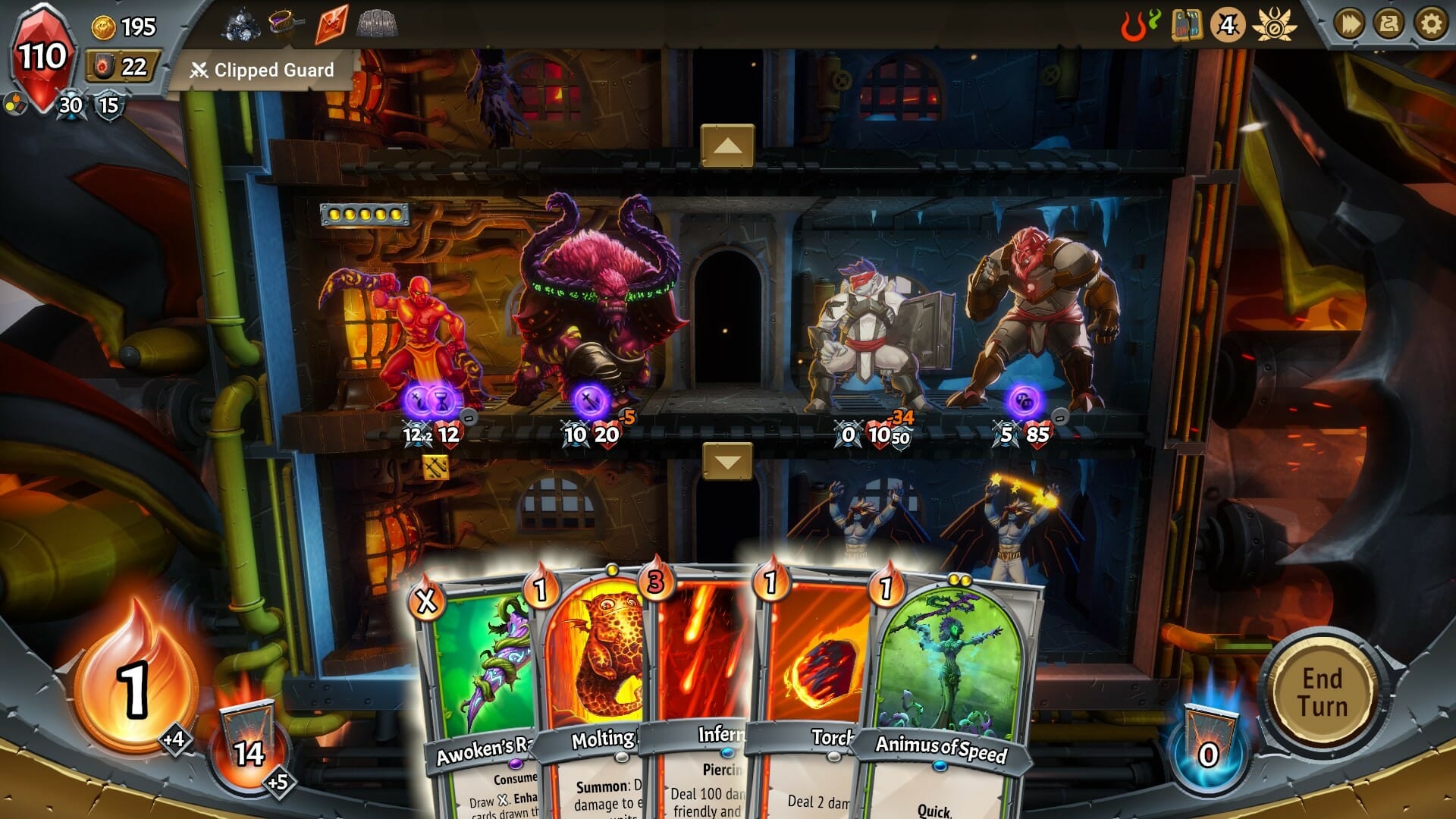 Going off the rails on a Monster Train

The premise of Monster Train is very a very straightforward “good versus evil” plot, except this time you’re playing the evil. At least in the traditional sense. The forces of Heaven have won a battle and destroyed the Pyre literally causing Hell to freeze over. Now all that remains is a small piece of this magical fiery Pyre and it’s being used to power a train headed toward the Frozen Heart of Hell to reignite it and save the demons. You are conducting that train.

That’s about as far as the story goes, but I suppose it doesn’t need much more to justify the simple gameplay. You head through nine rings on this train, each time fighting a battle against waves of angelic enemies. They attack the train from the bottom of its four levels, the top of which contains your piece of the Pyre. The primary goal here is to destroy these enemies before they make their way to the top.

The method used is what brings the game to the familiar deck-building combat system. You start with and accumulate cards that are used to summon creatures and cast spells. Each turn presents you with a set amount of Ember that functions as “mana” to pay the summoning or casting cost of each. Here, the strategic element stretches broad across managing your Ember, cards, creatures, spells, and the many effects they all create and endure. 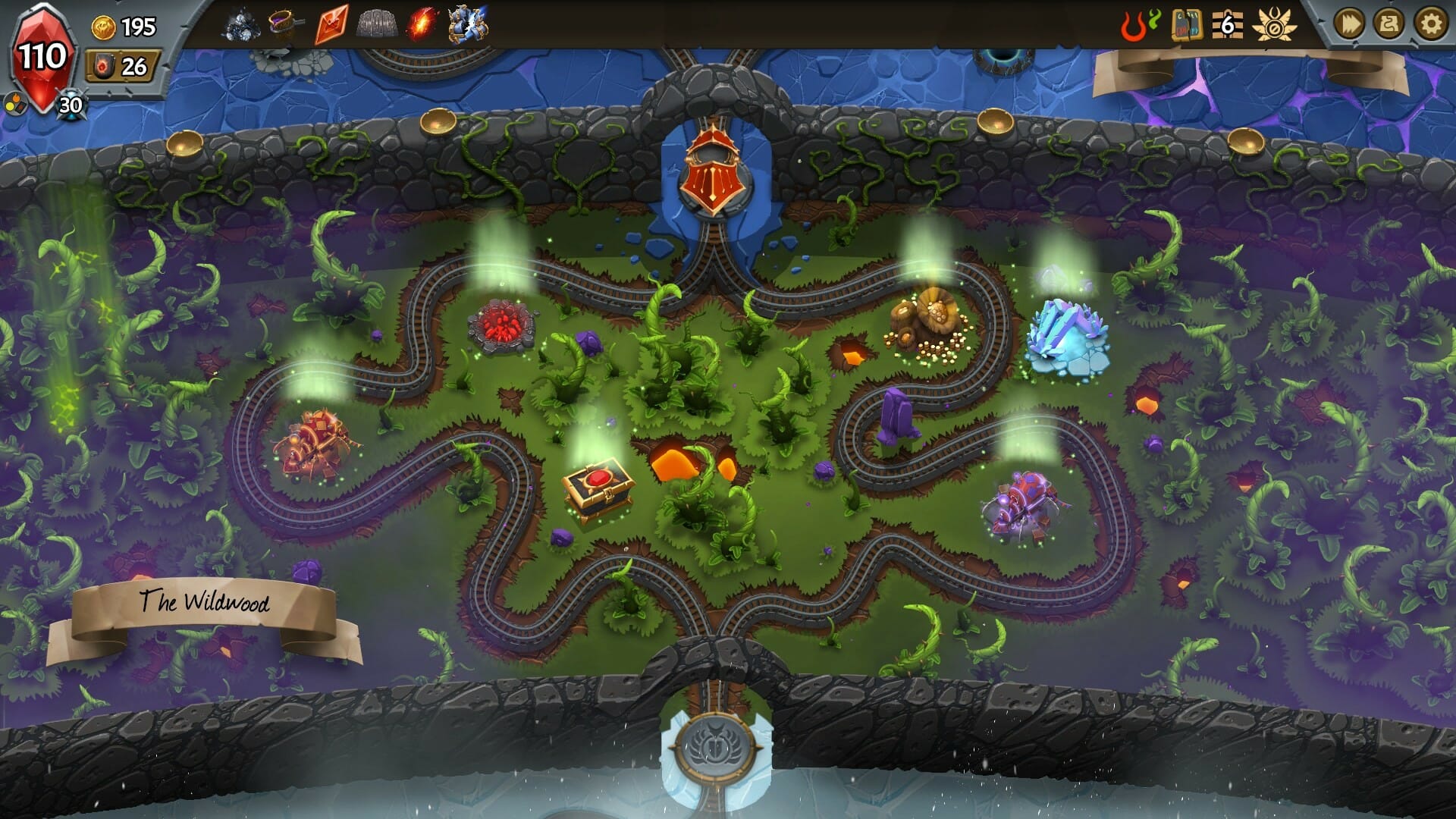 The strategy of Monster Train explores many different elements split among the deck structure, card types, and placement. It all starts with you picking your primary and secondary clans at the start of a run. Each clan represents a style of cards that are built on different synergies. For instance, Awoken cards feature hearty summons that generally don’t do much damage, but are good at healing and using spikes to return damage to attackers. The Hellhorned, on the other hand, tend to have more direct damage creatures and spells that use the Rage mechanic and multi-strike to find success.

The process of selecting two means that you’re going to get cards from both types. The primary will determine your Champion card – a card that summons a single powerful unit that you always start with. This card can be upgraded to get stronger throughout a run and is often the cornerstone of what leads you to victory. However, the combination of two clans can create even stronger spell and unit synergies if you put things together properly.

There isn’t much you can do to determine your deck though since many of the cards are randomly given to you in your progress. Most are unlocked at the end of each battle and can come from either of your chosen clans. However, you can also obtain some in the many events that occur in the travel through the rings. Each ring allows you to choose one of two sides – each having different perks for you to unlock. Some are new cards, others provide artifacts that buff your whole run, but most importantly there are some shops let you spend accumulated coins to upgrade cards customizing and buffing your deck. 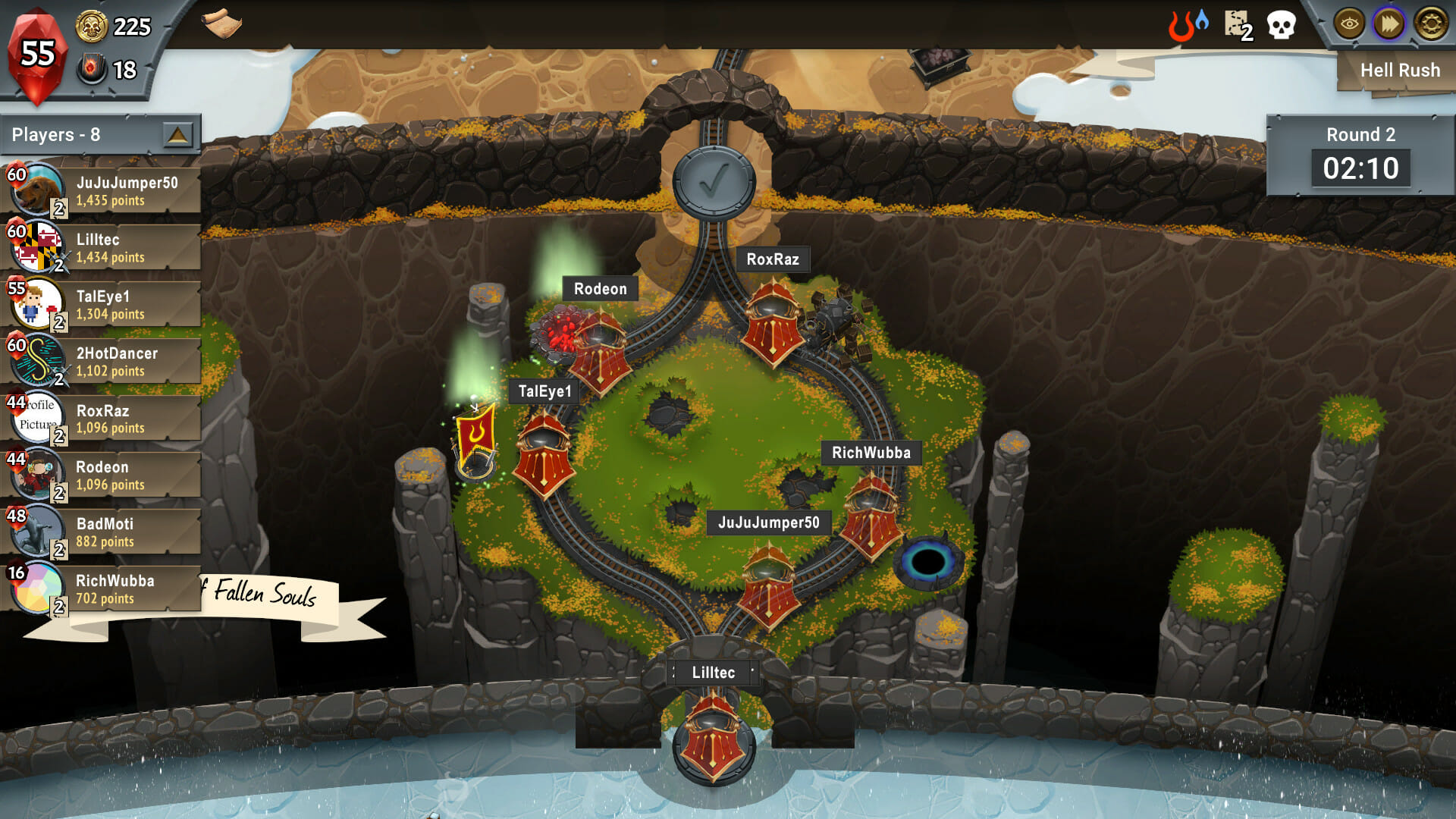 Monster Train tries to do quite a bit and manages to get a lot of it right. It’s satisfying to see the developers hit the mark on so many things. They took the core concept Slay the Spire did well and made added unique layers on top of it. The sheer number of cards and synergies that can work together with them is incredible even at release. I imagine it will only grow as the game maintains popularity and perhaps gets DLC. They’ve even established a fairly interesting (and challenging) multiplayer component.

Aside from the typical daily challenges, an online mode has you racing multiple people in their trains to try to reach the end first. This creates something I can only compare to “speed chess” where you’re trying to figure out the best strategy and execute it before your opponents. The score component also comes into play, so having a good strategy can provide victory over speed. Or, of course, you could just lose like I often do… but I still keep trying because it’s fun.

While Monster Train isn’t perfect, few of its flaws detract from the quality or the replayability of the game. The difficulty grows with you and it’s possible to find success even in your early runs if you’re familiar with the gameplay. It can get a bit repetitive, and a single bad play can blow up a whole run, but it’s very addictive. One of my biggest concerns is that being an indie game, the multiplayer component could die out down the line destroying an interesting part of the gameplay. However, the current game is, without a doubt, a must-play for Slay the Spire fans or anyone not burnt out on deck-building games. 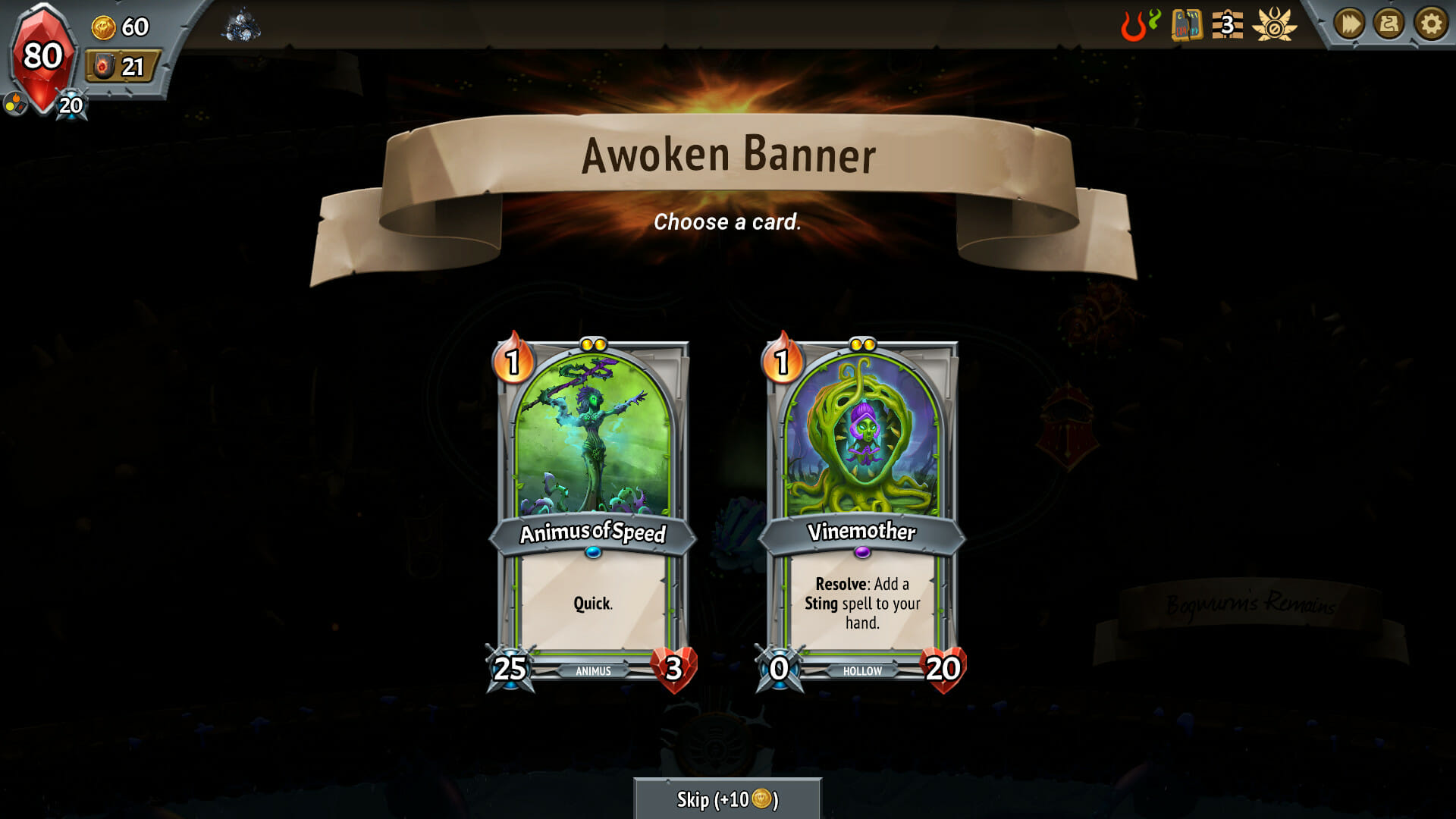 If you’d like you see more reviews check out another deck builder with Fate Hunters or a Retro Review of Xenogears!

Monster Train has a deckbuilding roguelite with familiar mechanics that adds just enough to the formula to make it even more engaging and replayable. The multiplayer additions are unique, but may run out of steam down the track.

Most Downloaded Game Apps for Android and iOS in 2020