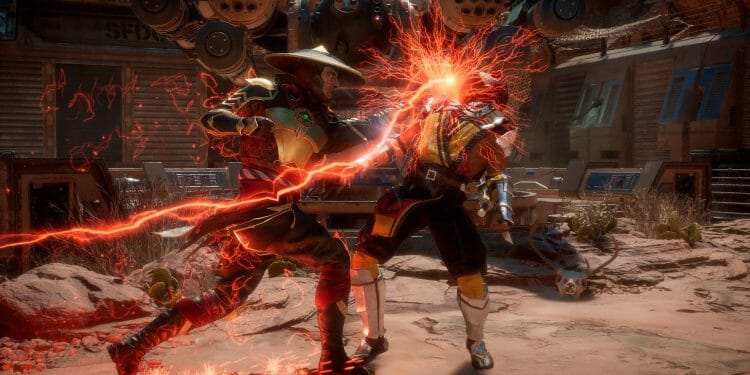 Mortal Kombat 11 is NetherRealm Studios’ newest fighting game, and recently finished its first season of DLC. In the time between Spawn’s DLC release at the end of March, and now, news has been completely barren for the game. No new updates, no new content, nothing of the sort.

That all changed today, with one small bit of information. Today, the team at NetherRealm has released a brand-new 40-second trailer, taking place after the Story Mode’s ending. Slight spoilers of the ending will be following after the trailer, so please be advised of that.

You can watch the new trailer below.

The Trailer and The Game’s Future

Taking place after the ending of Mortal Kombat 11, The Epic Saga Continues shows when Liu Kang has defeated Kronika. With the Sands of Time at his disposal, and series mainstays Kitana and Raiden (now mortal) with him, he planned to reshape the timeline.

Right before beginning, though, Liu Kang and Raiden notice a portal appearing and hear Shang Tsung (the first DLC character) warn them. Obviously shocked, Raiden calls out to him and the trailer ends.

What this could mean is one of two things. It could mean that Mortal Kombat 11 could be getting Story Mode-related DLC, such as additional chapters, or a completely new campaign. It could also mean that new or returning fighters will be coming to the game as well, presumably as DLC.

Mortal Kombat 11 is available now. You can purchase it on PlayStation 4, Xbox One, PC (via Discord and Steam), Nintendo Switch, and Google Stadia.

What did you think about the Mortal Kombat 11 The Epic Saga Continues trailer? Do you want to see what comes of the game? Do you hope for new story content? Let us know your thoughts in the comments section below.

If you like DLC character announcements and coverage, be sure to read our coverage of SoulCalibur VI guest character Haohmaru here.