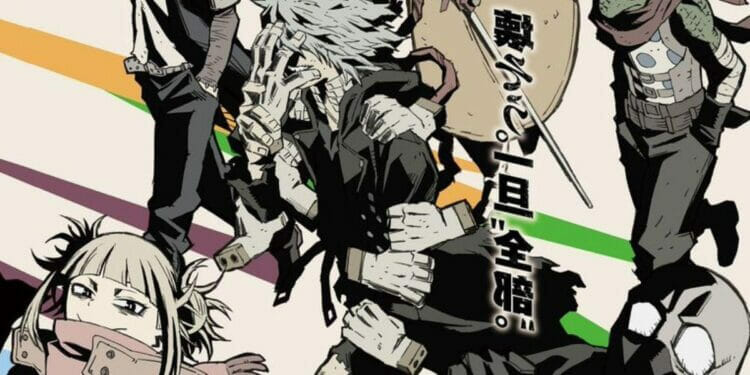 The multi-episode arc is dedicated to the bad guys, old and new, of My Hero Academia and will be an edge-of-your-seat thrill ride, including Himiko Toga in a bloody showdown and new insights into Tomura Shigaraki’s tortured past.

The League of Villains is dead broke and getting nowhere fast. All For One’s enormous bodyguard Gigantomachia arrives to pulverize them into shape. But before they’re back on their feet, the sinister Meta Liberation Army, led by Re-Destro, comes out of the woodwork to destroy the League and anyone who tries to regulate Quirks. What secrets will the League of Villains unlock within themselves as they clash against their greatest opponents yet?

The first 13 episodes of My Hero Academia Season 5 adapted the Joint Training Arc, which saw U.A.’s Class 1-A and Class 1-B face off in team battles of strength and wits. The Endeavor Agency Arc just wrapped up, where Deku, Bakugo, and Todoroki try their hand at Pro Hero work with the current #1 Hero, Endeavor.

My Hero Academia is available on Funimation in the United States, Canada, Mexico, Brazil, Colombia, Peru, Chile, United Kingdom, Ireland, Australia and New Zealand and is available in Scandinavia on Wakanim, part of the Funimation Global Group.

Are you a fan of My Hero Academia? Are you a Funimation subscriber? Let us know your thoughts in the comments section below.

Samurai Shodown Reveals Baiken As The Next DLC Character